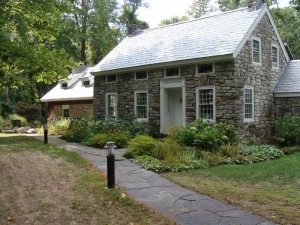 The environmental group Protect the Adirondacks announced today that it has completed the sale of the historic Schaefer property in Niskayuna, NY, to Union College.

The home (pictured at left) was owned by Paul Schaefer, one of the most influential environmental activist in the Park’s history.

He led the fight to block construction of dams on many of the Adirondacks’ wildest rivers.

He also convinced Albany not to route the I-87 Northway through what is now the Pharoah Lake Wilderness.

His old property includes a large library of Adirondack-related material, which will be on permanent loan to the college.

According to Protect’s senior advisor, Peter Borrelli, Union College plans to use the site as the anchor for a new Adirondack studies program.

The move to sell the property came following the merging and downsizing of two of the Park’s most important environmental groups.

Protect the Adirondacks has re-emerged as a significant player in Park debates, playing a prominent role recently in public hearings surrounding the Adironack Club and Resort proposed for Tupper Lake.

Terms of the sale weren’t disclosed.  “I believe strongly that Union College has the capacity and interest to put [the property] to excellent use,” Borrelli wrote in a statement.