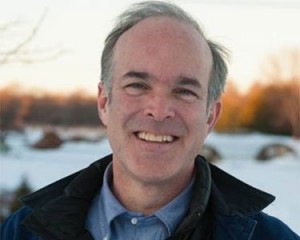 The last week or so, Democrat Aaron Woolf has been making a lot of hay out of NCPR’s in-depth political profile of his opponent, Republican Elise Stefanik.  This isn’t anything particularly new.  Candidates often use press reports in their campaigns.   One of our earlier reports was translated into a TV ad by Republican Matt Doheny in the GOP congressional primary.

But because Mr. Woolf has been leaning so heavily on that one single bit of journalism — blasting it to voters in paid Facebook spam and even making it the focus of interviews with journalists — it’s important for us to talk a bit about this and explain to our audiences the huge difference between what we’re doing and what the Democratic candidate is doing.

NCPR is charged with an overarching mission:  We inform our audiences so that they can make their own decisions about things like who should represent the North Country in Congress.  Yes, we reported that there are discrepancies between Ms. Stefanik’s portrayal of her life history and the record we were able to compile of her actual resume.

But we also found that her career has been an extraordinarily accomplished one for a political activist of any age, let alone one so young.  We found that she enjoys the kinds of relationships and connections in Washington DC that may serve the North Country well, especially within a Republican majority, if she’s elected to the House.

In fact we have worked over weeks and months to offer a detailed, three-dimensional portrait of all three candidates in this important race.  We haven’t played “gotcha.”  We haven’t portrayed any of these candidates as white knights or villains.

Again, none of Aaron Woolf’s heavy-handed reliance on a single NCPR report, stripped of its nuance, is new.  Politics is politics.  While our job is to inform you, Mr. Woolf’s job is to convince voters to give him a second look, using any tool he can find.

But it’s still necessary for us to point out that we don’t approve.  And in the end, we believe it’s always best for politicians to use their own words, their own arguments, their own policy proposals, to convince people that they deserve to win elections.

The one positive here is that it may lead some folks to examine our actual reporting in its totality.  We hope you’ll do that.  The truth is that we’re not making Aaron Woolf’s closing arguments, but we are offering people in the North Country a thorough, comprehensive, and compelling journalistic record.

We hope it will help you enter the ballot box a little bit better prepared.   Click here to start reading.

8 Comments on “No, Aaron Woolf, NCPR did not make your closing argument”