This phrase was once taboo in polite company in England, being a corruption of “God’s body!”

Here’s one about potential traps strewn across unfamiliar cultural landscapes.

As recounted by the National Post, a French author and a French publishing house with a popular series of  children’s books set in Quebec got it wrong – very wrong – in terms of appropriate language for young readers.

Heads up! Swearing ahead – as found in chapter 4, page 28 of La rivière sans retour:

“Taberna-a-a-cle!” the beaver hollers, uttering a swear word that in Quebec is roughly as offensive as the f-word in English. The author of the book aimed at 6- and 7-year-olds helpfully includes a footnote explaining that tabernacle is a “Québécois word indicating surprise.”

Ah, yes. As his canoe was swept away in the rapids, the happy young beaver was … surprised!

Cuss words vary by culture, don’t they? Anyone from this region probably knows this topic (and the important words) well enough. For outsiders like me, the Post article contains a helpful side bar about other religion-based profanity, and the relative level of offense.

Meanwhile, what happens to swear words if/when the whole reason such use is offensive fades from memory? Even respectable museums have picked up on this topic, as when Le Musée Des Religions Du monde presented “Tabernacle: The exposition that curses”.

An earlier National Post article examined the cultural shift that prompted the exhibit:

At the Musée des religions du monde (Museum of World Religions) in Nicolet, about 110 kilometres northeast of Montreal, Jean-Francois-Royal is regularly struck by the widening gulf between Quebecers and their Catholic heritage. “We are at the point where we have a generation of students who ask, ‘Who is the guy on the cross?’ ” Mr. Royal, the museum’s director, said.

Writing in The Johnson (a blog featured in The Economist, named for dictionary-maker Samuel Johnson) “M.D./Ottawa” asks “If you profane something no one holds sacred, does it make a swear?”

One of the formative experiences of my youth was being taught how to paddle a four-man racing canoe during summer visits to my French-speaking cousins at their cottage north of Quebec City. To keep in sync, paddlers would sing. And the favourite song of my male cousins, which I would roar with great gusto while not understanding a word, started like this:  “En hiver, calvaire! Ça glisse, calisse!” Only much later did I realize these lines, which translate as: “In winter, Calvary! It’s slippery, Chalice!” were not to be repeated in front of adults, as both calvaire and calisse were swear words in Quebec.

I can relate! Anxious to fit in and speak “good” pidgin English in Hawaii, I picked up a few choice Portugese swear words, without knowing how strong they were, or why they could offend. They just sounded, well, pointedly useful! (All that when my own parents never went farther than “rats!” or – if really provoked “damn!”)

Even so, some words probably don’t belong in books for 6 year-olds!

When you explore new places or learn new languages, how do you handle the identification – and use – of cuss words? 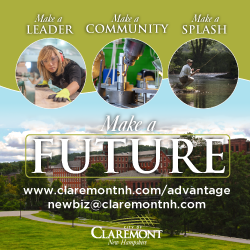 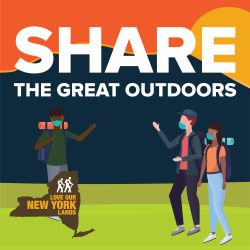