It’s been an incredible season for the Canton Golden Bears’ spring track team.

The team of talented young women finished the race in 20 minutes, 19.84 seconds, which led them to their first-place victory at the New Balance Nationals in Greensboro, N.C.

The quartet beat their opponents from Carmel, Indiana by just over 9 seconds.

Throughout the season, this Canton relay team has garnered a number of personal achievements. On June 7, the quartet won the state Division II title in the Syracuse area, setting a Section 10 record of 9:08.51.

The girls beat their opponents who earned a second-place standing, Bronxville (9:13.51), by nearly five seconds.

Canton actually came close to winning the Federation title as well. What happened was the girls were ahead of Corning, which is a Division I team, until halfway through the final lap of the race. Corning ultimately finished in 9:04.51.

The Watertown Daily Times reported that each of these four runners has excelled individually as well, and all three of the seniors will compete in NCAA Division I next season.

Pierce, a senior from Lisbon High School runs for Canton as part of a merger agreement. Last year, she won a state Division II title in the 3,000 run as a high school junior and finished second in the event this season. Next year, she plans to run competitively for the University of Virginia.

Rebecca DelRossi, a senior, finished third in the Division II 800 meter run, earning herself a bronze metal from the state meet. She plans to run for Villanova in the fall.

Gemma DelRossi, who is Rebecca’s twin, was a two-time state medalist in the 800, finishing fifth this season. She plans to run for the University of Vermont next season.

Ricalton, currently a junior, is hoping to attract some NCAA Division I recruiting interest next season.

MileSplit NY tweeted: “Canton of NYS steals the girls 4xMile, after being seeded last in the unseeded heat! Wow!”

Canton of NYS steals the girls 4xMile, after being seeded last in the unseeded heat! Wow!

Spectators were shocked by the Canton girl’s triumphant defeat, but what the press doesn’t know is that Canton is sort of used to being the underdogs at the state level.

In the community, Canton has always been known for their outstanding athletic department, amidst extreme budget cuts that have often threatened to jeopardize Canton’s athletic funding.

As a graduate of Canton and a former “trackie,” I remember what it was like to be on the team and compete in meets. At the time, our team couldn’t afford new uniforms, so while all of the other section 10 teams sported their flashy new cheeky shorts and brightly colored uniforms, my friends and I rocked the school’s garb from the 1970s.

But all the same, my friends and I still managed to place competitively among the other schools. Obviously, Canton athletics has come a long way since my time, but all the same, I can’t help but feel proud of these girls and all of their accomplishments.

Running isn’t easy: as a former “trackie,” you can take my word for it. 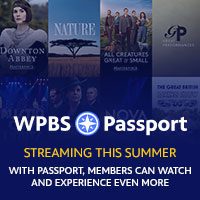