We all know correlation does not equal causation, and that it’s unfair to convict someone based on circumstantial evidence. But when all appearances point to a culprit, it’s hard to resist jumping to conclusions, which by the way is one of my favorite athletic endeavors. After all, the kid out in your yard holding a baseball bat might not be responsible for the ball that just smashed through your window.

A landscape tree has a rough life, by definition beset with hardships not faced by its forest-dwelling peers. When chronic stress catches up to one and it declines and dies, I often hear from the homeowner about beetles, pillbugs, mushrooms or what-not, (mostly what-not) found near the crime scene that must be to blame. It’s understandable—it’s like the kid with the bat. 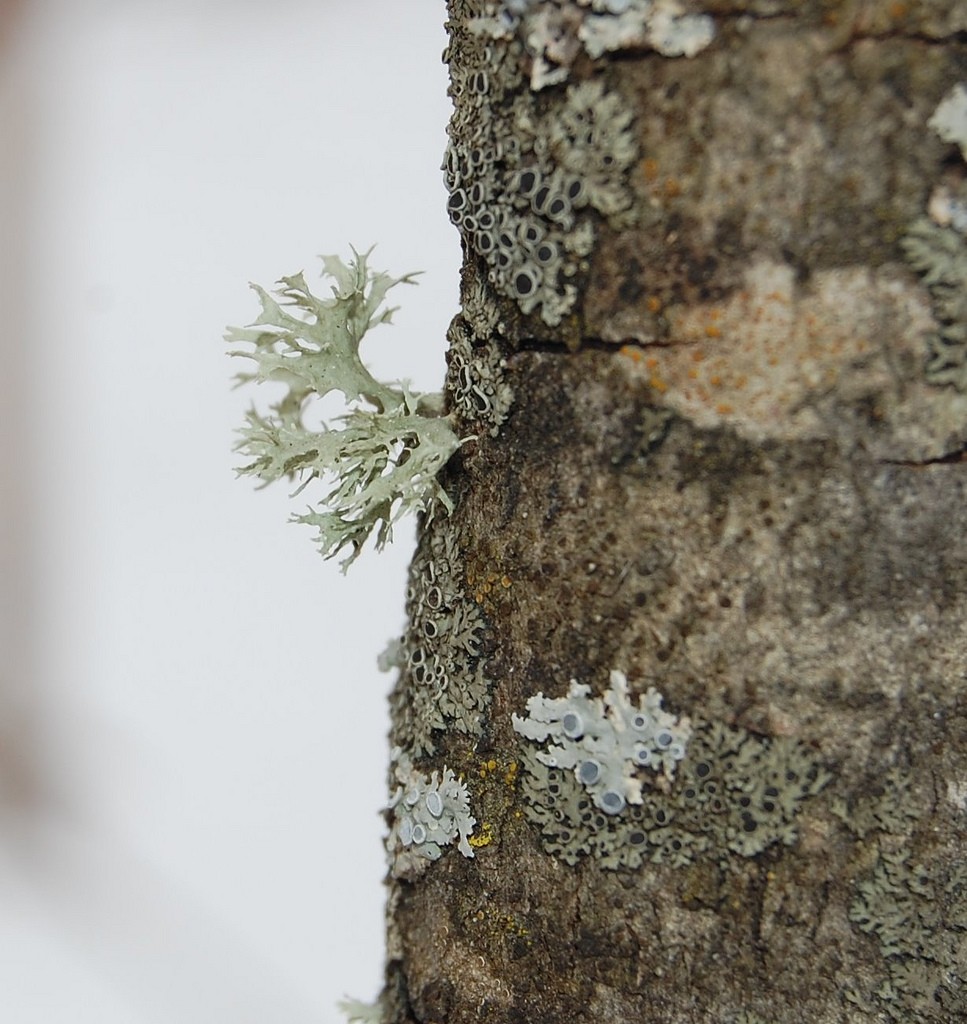 Lichen on a dead birch. Lichen is not the killer in this movie. It just discovered the body. Photo: Eli Sagor, Creative Commons, some rights reserved

The truth is it’s very rare for an insect or pathogen to be the sole reason for a tree’s demise, and unusual for a single agent to be even a primary cause. Those guys are just there cleaning up or possibly just passing through. But dang, they sure look guilty as heck, don’t they? Unfortunately the “wrong place at the wrong time” defense is useless most of the time.

One common observation I hear about a declining tree is that as branches die, tufts of “moss” is seen accumulating on them. A dead spruce is festooned tip to root with the greenish fuzz. Maple trunks sport a crusty version of this stuff. Obviously, “moss” is evil and it kills trees, right?

Although it can look like moss, the “guilty by association” organism is called a lichen. It thrives on just about anything left out in the weather long enough. Lichens are as happy living on rocks and old lumber piles as on a tree branch, and they don’t kill those things. I’m fairly sure anyway.

Mistletoe and dodder are plant parasites that freeload off trees and other plants by siphoning off sugars made by their hosts. But believe it or not, lichens are harmless. The reason they don’t hurt trees is they make their own food. It’s not a plant, but it photosynthesizes—how does that work? 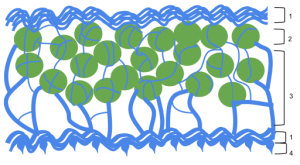 It seems lichen is a kind of mutt. I’m not sure if it comes from its mother’s or dad’s side, but lichen is half algae. As we know, algae has chlorophyll and makes its own food from sunlight, but needs a moist place to hang out. It won’t last long on a rock or tree branch.

The other half of lichen’s family, um, tree is a fungus, which is good at holding moisture but which can’t make its food. Somewhere along the line these two made a business deal. Alice Algae and Freddie Fungus took a lichen to each other, as my Biology teacher said. It’s one of those symbiotic relationships wherein both parties benefit equally. A handy arrangement, although not legally binding in most states.

So how come lichens appear as a tree dies back? Plants and lichens both need sunlight. A healthy branch packed with foliage out-competes lichens and restricts their access to light–this keeps them small. As a branch declines, foliage thins out and lets in more sun, and lichens grow tremendously. They’re victims of circumstance.

This dynamic can be seen on a small scale each fall after deciduous trees shed their leaves. Over the winter lichens grow slightly and expand when daytime temperatures go above freezing. In the spring, they shrink back as leaves again overtake them.

When something looks obvious you may feel silly looking for other causes. I mean, it’s pretty far-fetched to think the kid with the bat isn’t the guilty one. What are the chances it’s a ploy to get you out in the open so aliens can abduct you? (I’m guessing small, but that’s not my area of expertise.)

But when a favorite tree appears to be consumed by “moss” don’t be fooled. Lichen or not, things are not always as they appear.