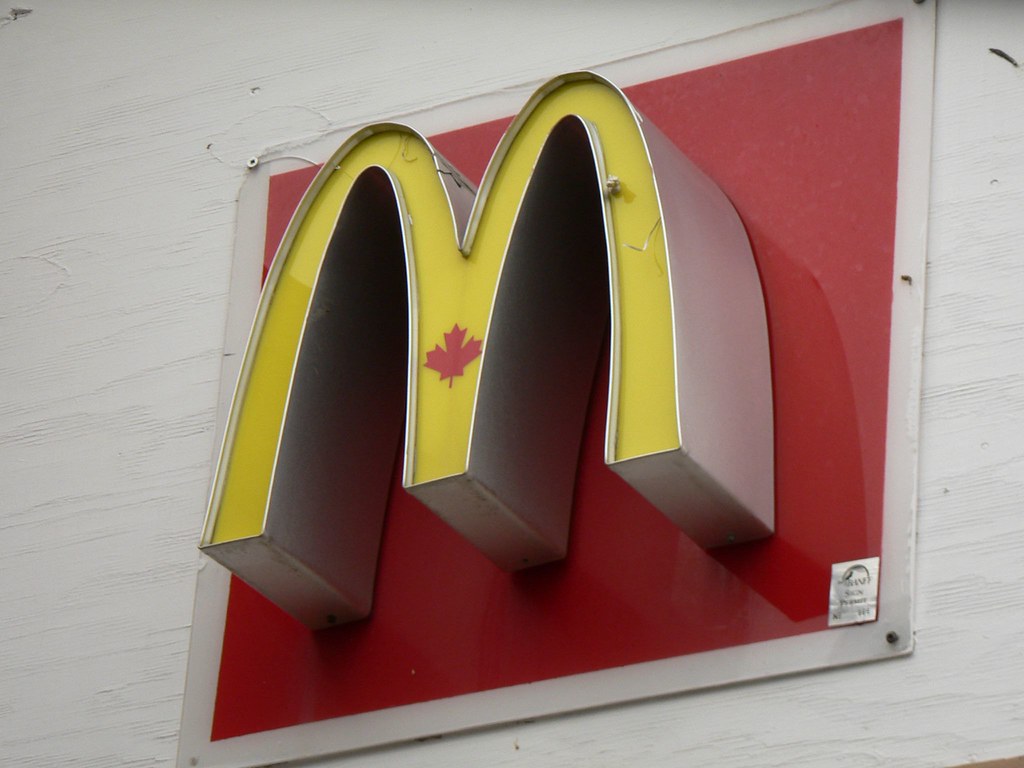 In Canada, the golden arches come with a little maple leaf. The minimum wage debate is a little different, too. Photo: Marc Smith, Creative Commons, some rights reserved

Minimum wages in Ontario are the highest of all 10 Canadian provinces. Only the isolated northern territories have higher minimums, but they are also very expensive places to live. The regular hourly rate in Ontario is $11.25 Canadian. It’s $10.55 for 18 and under and $9.80 for anyone who serves liquor. That one is lower because it is assumed customers will give their servers tips. The legislature passed a law in 2015 that prohibits bar and restaurant owners from taking all of the tip money and then dividing it equally among the employees—or not redistributing it at all. The law received support from members of all parties.

There is a separate $12.40 per hour minimum wage for people who work from home for outside businesses, and even lesser known minimums for hunting and fishing guides. In Quebec, the general rate is $10.55 an hour and $9.05 for anyone who receives tips.

A federal minimum in Canada may not directly impact many people because they already make more than $15.00 per hour if they work for a railway, read the news on a local radio station, or stand behind a wicket at a bank. However, a federal minimum would be a powerful way of making federally regulated companies feel obligated to pay their employees a living wage.

Recently, the federal Minister of Social Development (sort of like the U.S. Department of Health and Human Services) said the idea of a guaranteed annual income for all Canadians is under consideration, but there is no guarantee it will go past the consideration stage.

If Governor Cuomo’s $15.00-per-hour “big raise” goes ahead in New York, and if there is ever a significant increase in the U.S. federal minimum wage, Canada could end up looking quite un-progressive on the minimum wage front. Canadians love to identify our country based on things like our social programs and fairer compensation for working people. Canadians often give the simple answer, “I’m not American,” when asked what it means to be a Canadian.

A much more generous, living minimum wage in the United States would be a bruise to the contemporary idea of Canadian identity for many.

2 Comments on “Could the US be more progressive than Canada on minimum wage?”