Wednesday, May 4, I left Ogdensburg. I was nervous and excited, which made my stomach a little bit sick. I was mostly nervous about the amount of money that I had to take. I flew with Cape Air again, which also made very nervous. A small plane with only 9 people? Not my cup of tea. But anyway, I arrived safely in Albany after a hour, where I had to take the bus.

I must have done something wrong in the last months because my karma was not really good. I asked the not-so-very-friendly lady at the information desk where I could find the bus. She told me to keep walking until I saw the sign. She did not lie; there was a sign saying that the bus was leaving. She just forgot to mention that I had to take a bus to the bus stop. After waiting for two hours, I realized something was wrong. So I had to take a cab to the bus. The driver was creepy because when we arrived at the stop, he didn’t let me go. He said, “I would drive you around all day, because you’re so pretty.” I smiled and asked for my luggage without looking scared. Five hours later, I finally made it to the Big Apple. My luggage and I did just like Hillary Clinton; we didn’t know how to use the ticket turnstile so I got through but my suitcase decided to stay behind. Luckily for me, I had a smart guy passing who realized that my suitcase fit under the security bar. Oooppsss… 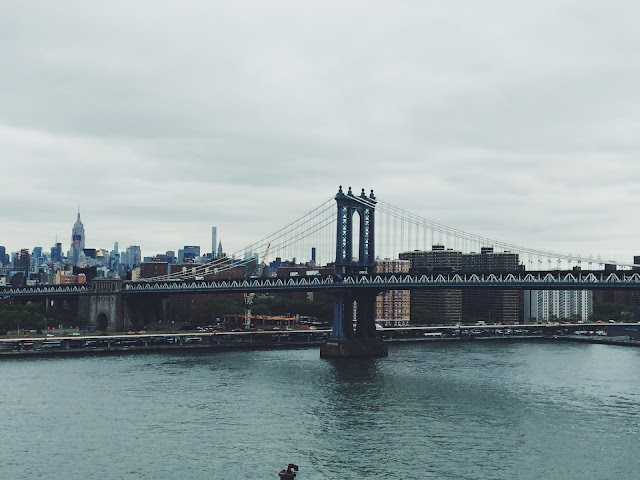 Marilee and Carly (my hosts in New York) were working during the day so I wandered around the city alone. I decided to walk from Brooklyn center to the bridge. Not my brightest idea; after walking for almost two hours, I made it to the bridge. 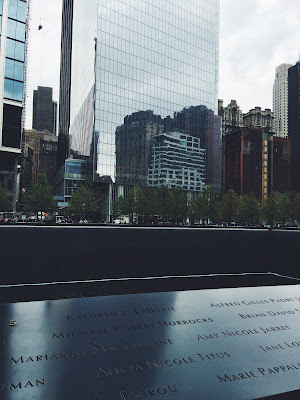 The next stop was the 9/11 memorial, where I ended up with tears in my eyes. The memorial reminded me of how cruel the world can be. I found it odd to see the new tower next to the memorial and I got frustrated when I saw people taking happy selfies with the memorial. People died there. I do not understand how can you stand there being pretty, just for your amusement? I have hope for a better future someday.

A highlight of my day, for sure, was the ferry ride. A half hour on a boat seeing this very beautiful skyline and the Statue of Liberty. I waved, but it was hard to tell if she was waving back or not. I mean, she had her arm up, but she seemed to be very busy. 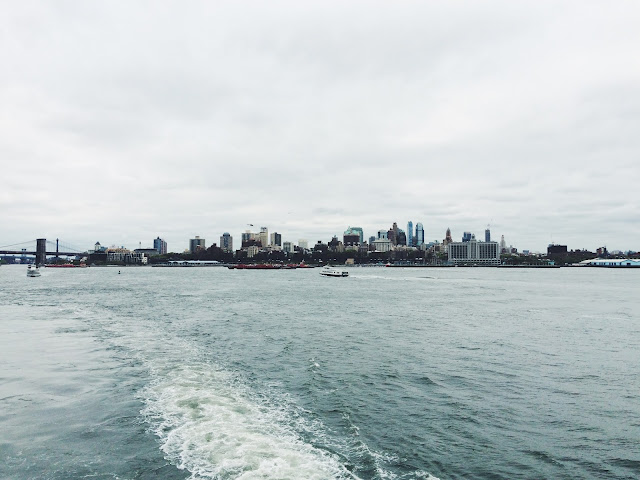 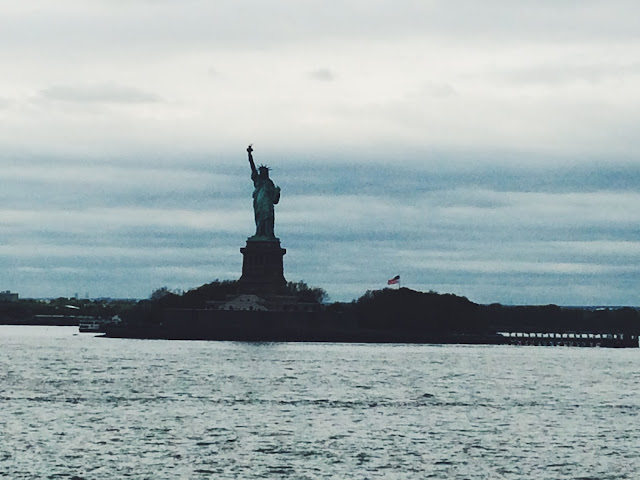 And of course, I also visited Time Square, which is my favorite place in the city. In the late evening, I went to a play on 42 Street called “A Better Place.” It was a wonderful play about living the good life and being jealous of what you think other people might have. I enjoyed going to an American theater. 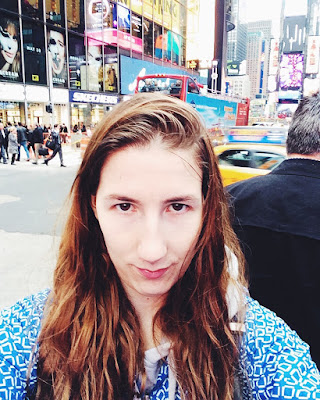 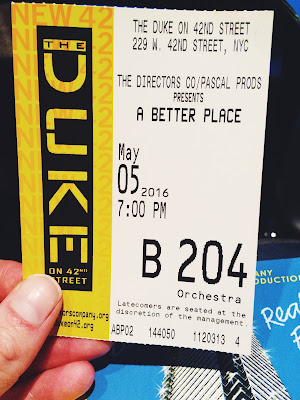 I went to church. Yes, I did! But this time I did not go for mass, although there was mass at the time that I entered. I just love churches because they are always pretty, and I can make a wish when entering a new one. So I did, but I can not tell you what I wished for. The rest of the day I wandered around Rockefeller Center, Central Park, Fifth Ave, Grand Central Station, and so on. I went back to the flat early because I had blisters as big as my big toe and I was exhausted. For dinner I enjoyed – thank you Jon for the recommendation – pizza while watching Netflix. I went to bed early, because day four was going to be very busy with all the traveling. 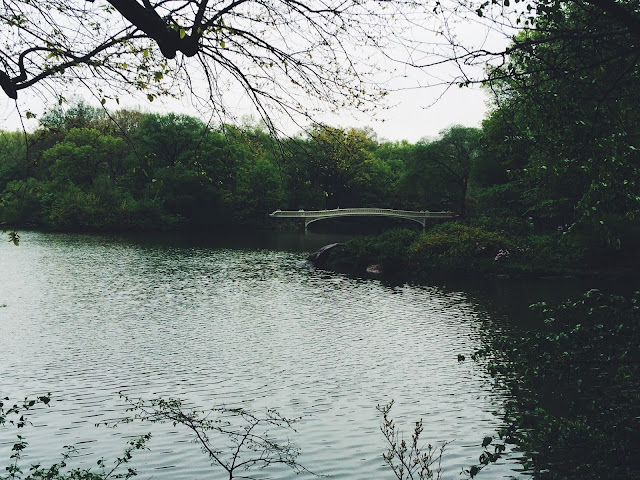 Melissa Callaert worked as an intern at North Country Public Radio for the Spring 2016 semester. Currently, she is traveling around the United States before heading home.