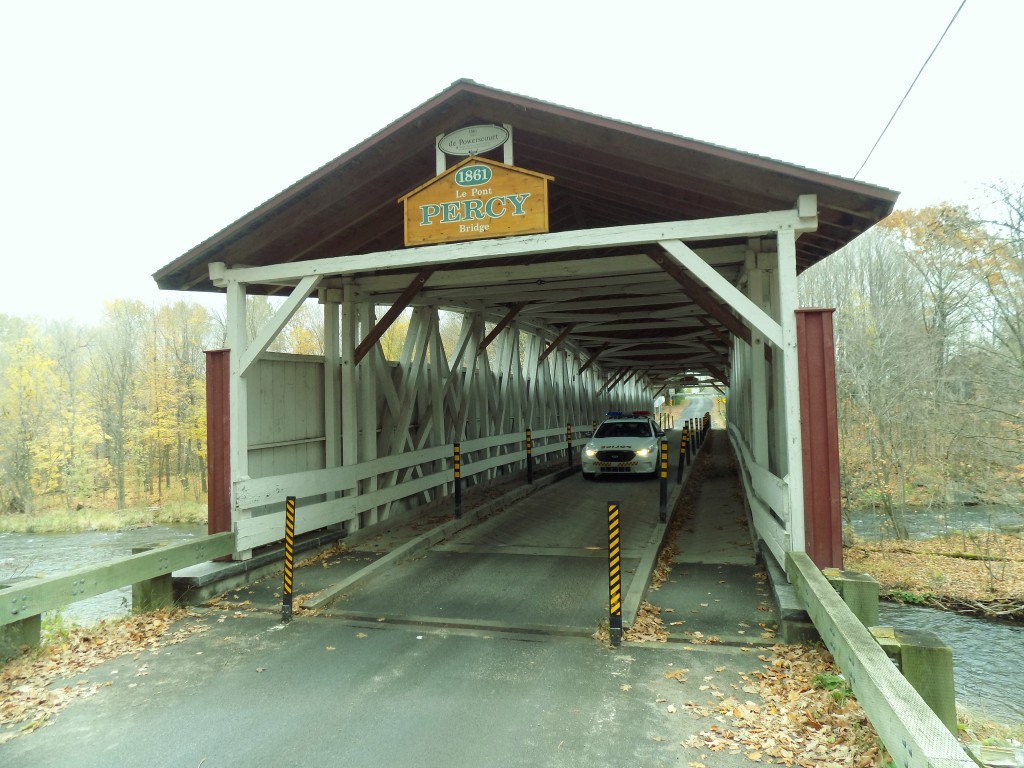 The Chateaugay River begins in the northern Adirondacks and flows north into Quebec where it takes on a French accent and becomes the Chateauguay River.  Just north of the border, the river flows through the tiny hamlet of Powerscourt where it passes under the oldest covered bridge in Canada. Also known as the Percy Bridge, it was built in 1860, but it’s unique for more than its 156 years of getting people, goods, and vehicles across the river on the First Concession of the towns of Hinchinbrooke and Elgin.

The Powerscourt Bridge is the only non-railroad bridge in the world using the McCallum inflexible arched truss design.  It was developed by Daniel McCallum, a Scottish-born American engineer for the New York and Erie Railroad, and superintendent of railroads for the Union side in the Civil War.

The southwestern corner of Quebec between the Canada-U.S. border and the St. Lawrence River is a unique blend of French and English heritage. English Loyalists settled there after the American War of Independence and French Canadians settled nearby in New York to farm. Powerscourt was once a much busier place and had a small power station that generated electricity for surrounding area.

Today, there are just a few houses, a church with no regular services or minister, and a Scouts Canada camp.  The Percy/Powerscourt Bridge was designated a National Historic Site in 1984. 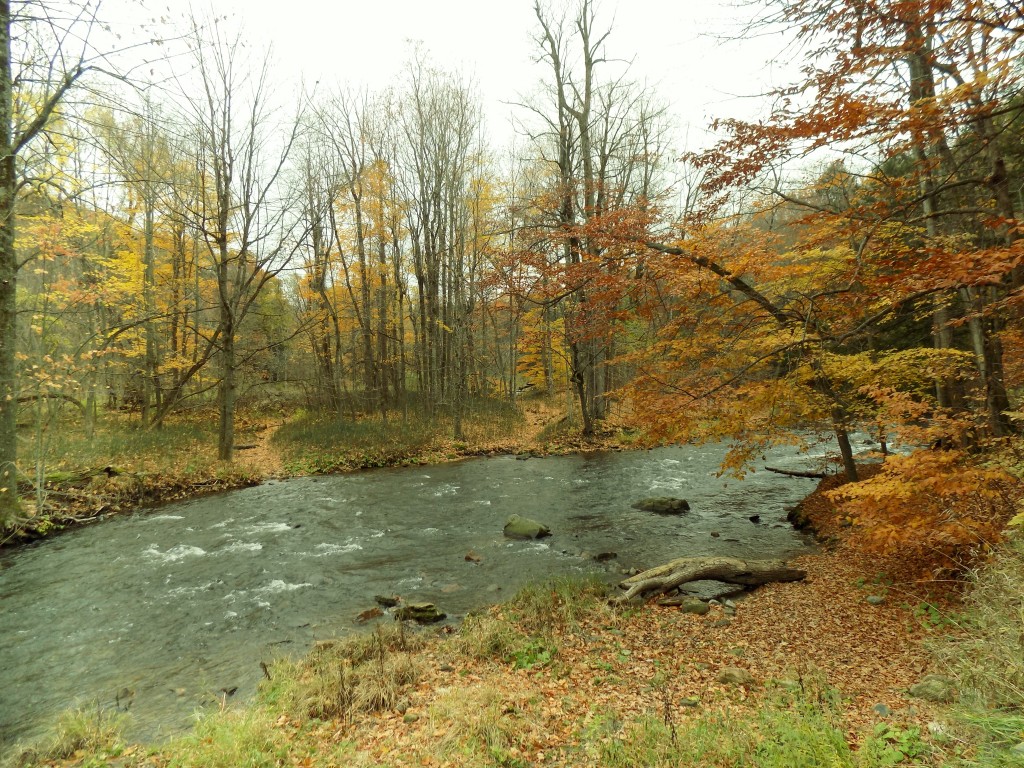 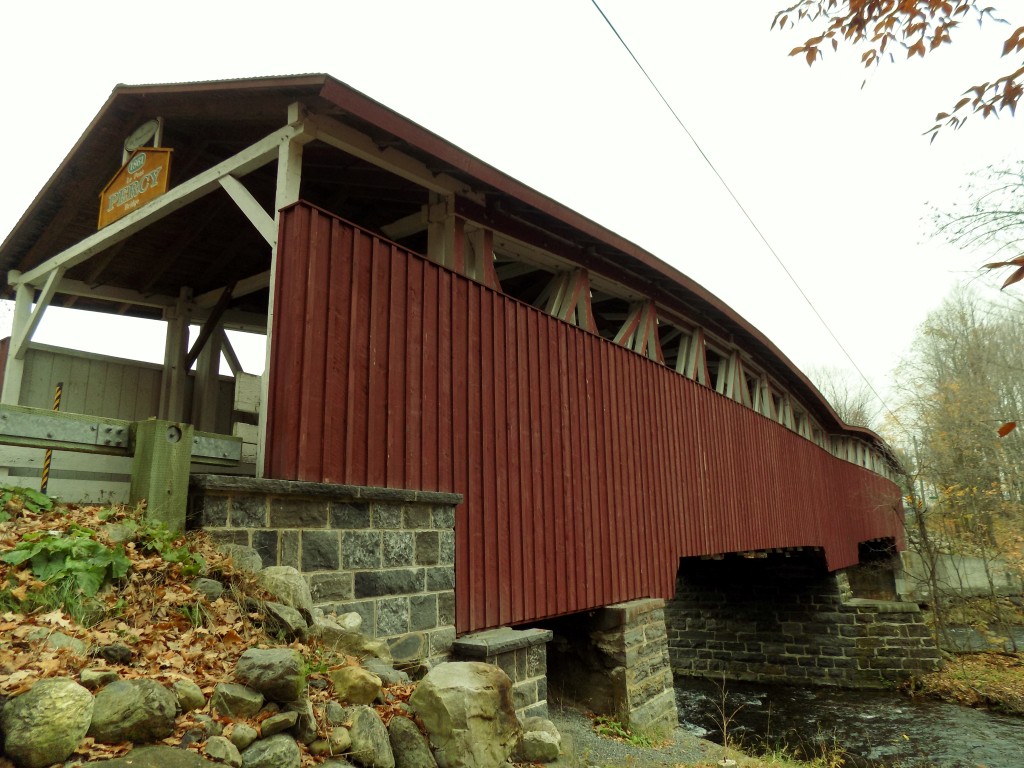 The south side of the bridge from the west bank of the river. The bridge has cut stone abutments and piers. Photo: James Morgan 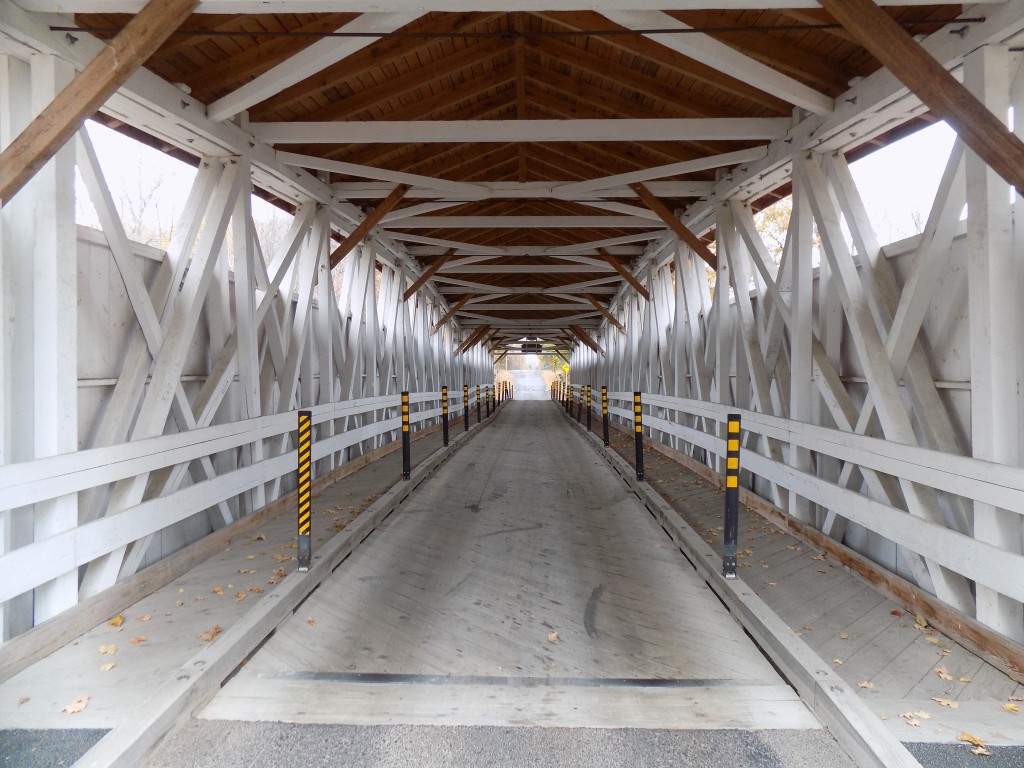 Inside the bridge. Photo: James Morgan

The graffiti inside the bridge is remarkably wholesome and is mostly composed of innocent romantic proclamations. Photo: James Morgan 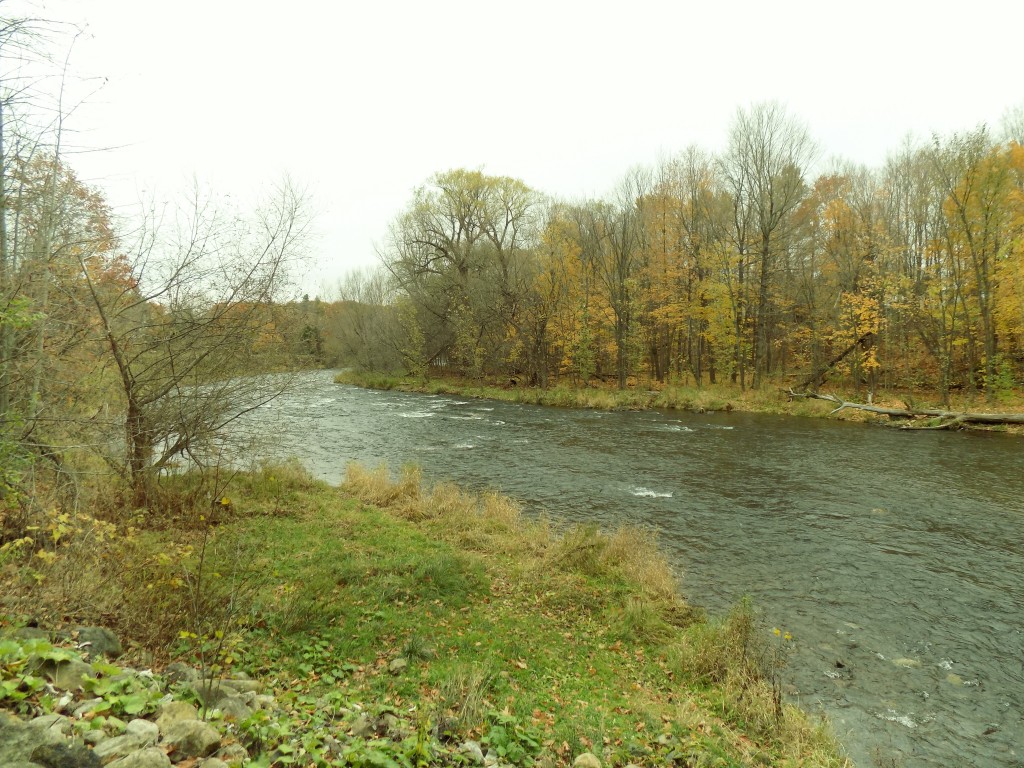 Looking downstream (north) from the bridge in Powerscourt. The Chateauguay River flows north from there and into the St. Lawrence River. Photo: James Morgan 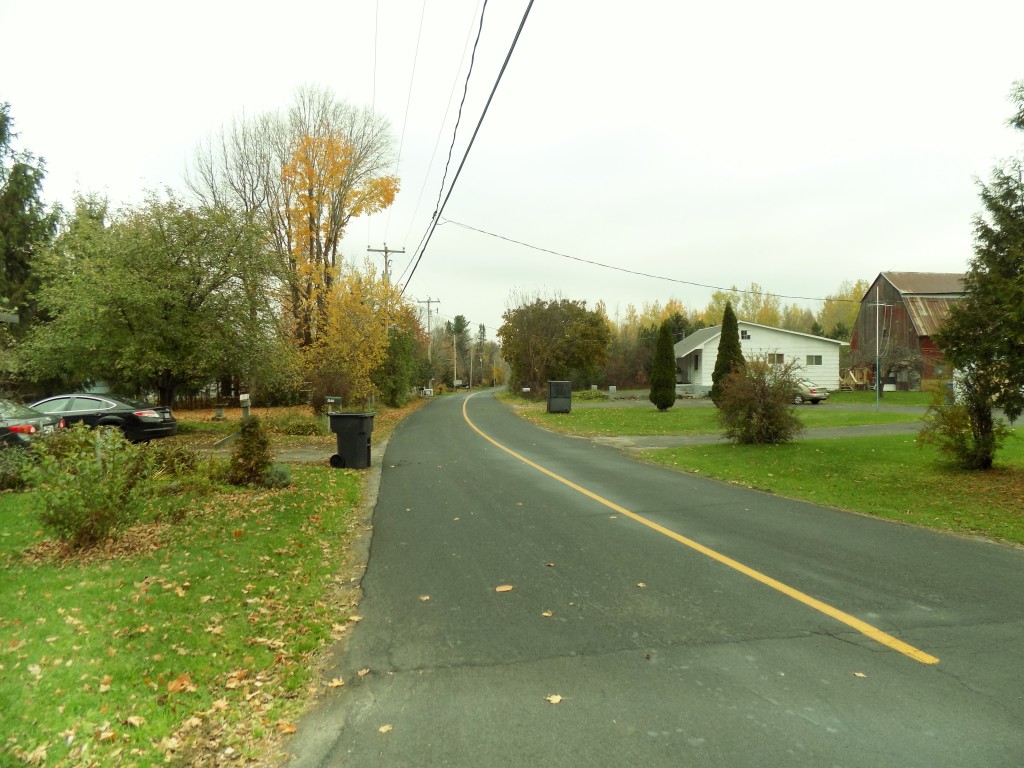 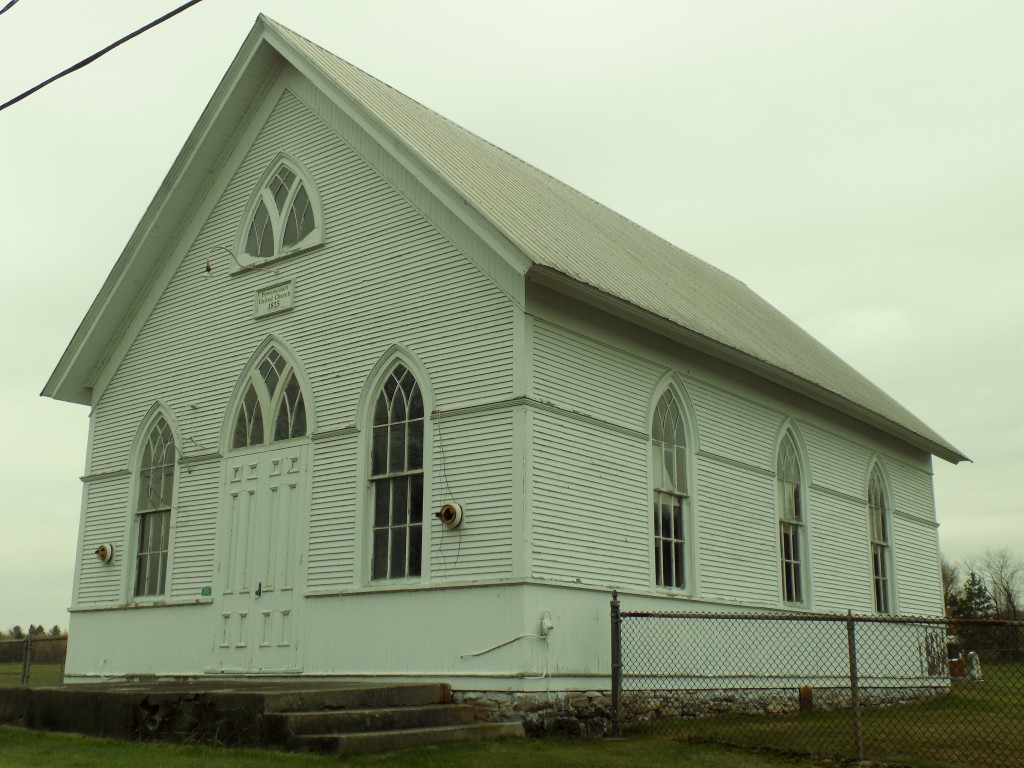 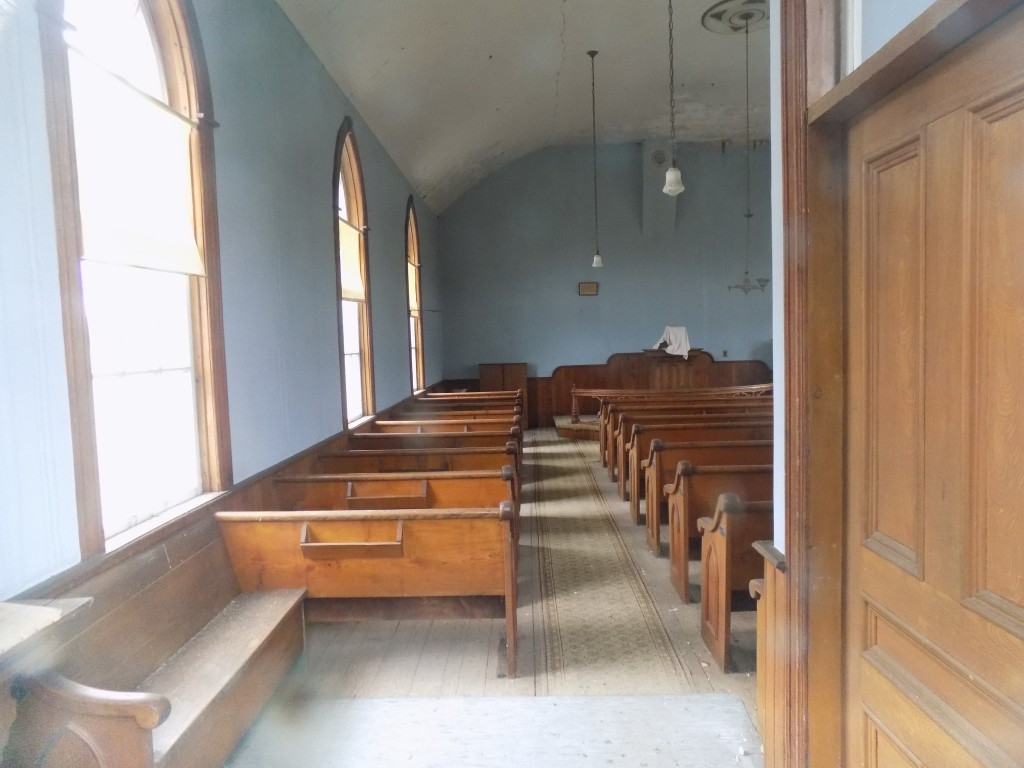