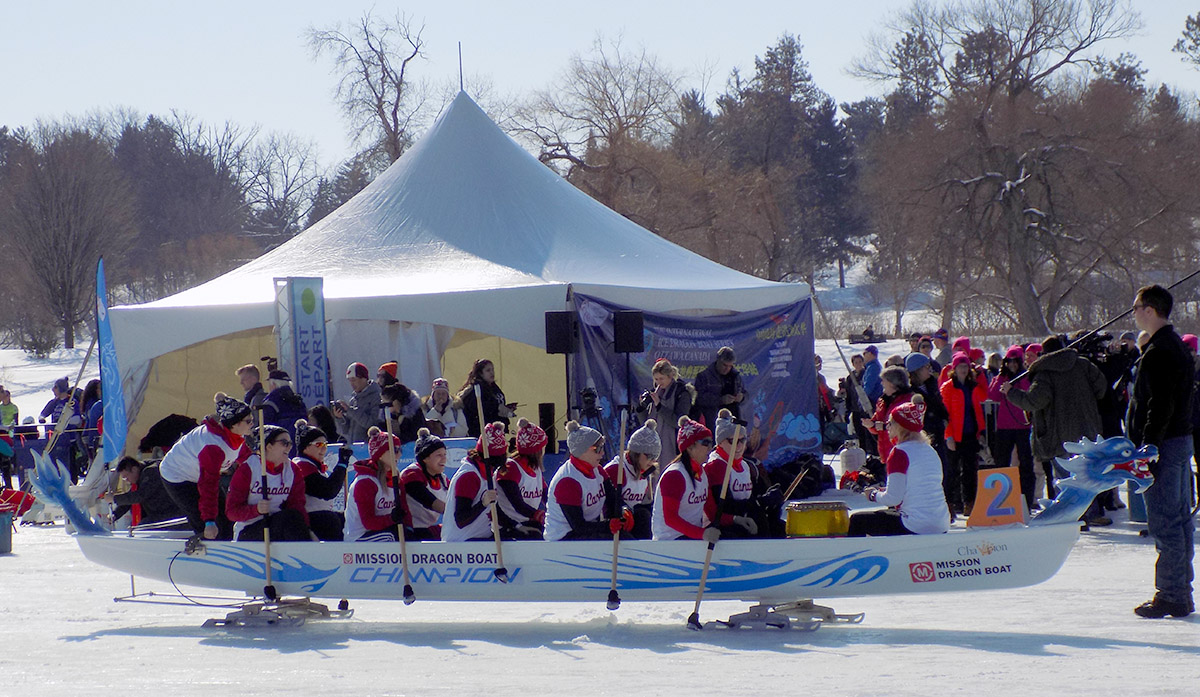 This team placed first in one of the morning mixed races. Photo: James Morgan

Boats with blades plied the frozen expanse of Dows Lake in Ottawa on Saturday for the first ever Ottawa Ice Dragon Boat Festival. It was the first ever ice Dragon Boat race in North America too, with teams coming from the local area and across the continent to compete. Dows Lake is part of the Rideau Canal in the south end of the city. Temperatures soared to 46 Fahrenheit/8 Celsius under sunny skies, bring out thousands to watch. There were mixed and women’s categories.

The winning mixed team was the hometown Ottawa Dragon Masters and the top women’s team was Vermont Fire, an entry from the Green Mountain State. Dragon Boat racing is challenging enough on water, but is even more challenging on ice. There are no oars, rowers use a stick with an object on the end of it containing small spikes that provide some traction as they push their way along the ice. The boats aren’t floating, but skate-like devices are attached to the bottom of them so they can slide their way to the finish line. A team member controls the rutter that turns the rear set of blades for steering. Conditions got rough because of the warm weather–the ice surface got slushy.  But Dragon Boat racing on ice was a perfect way to enjoy the final weekend of Winterlude in Ottawa. 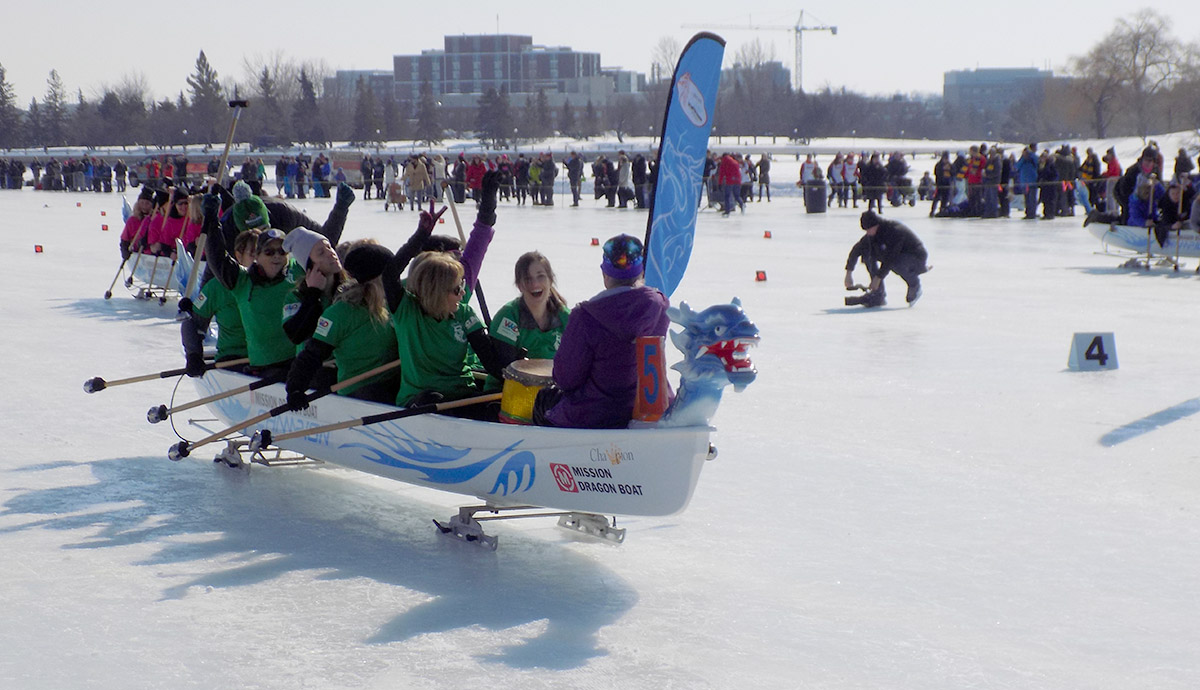 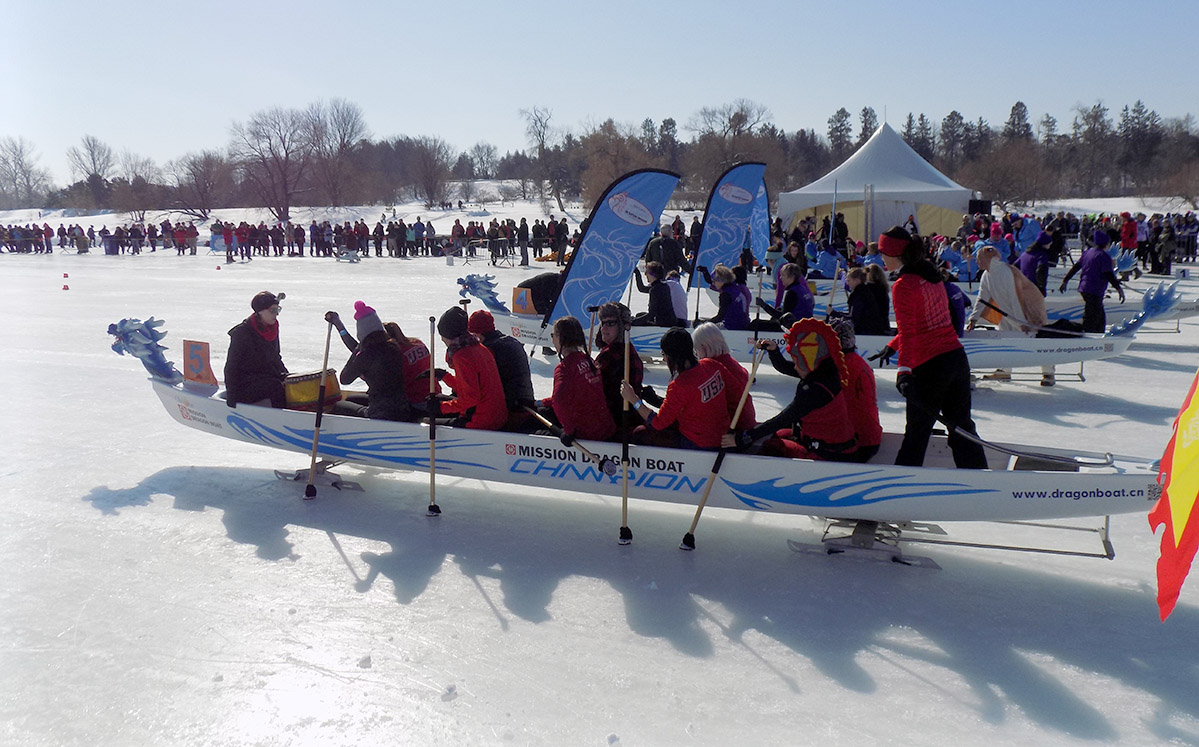 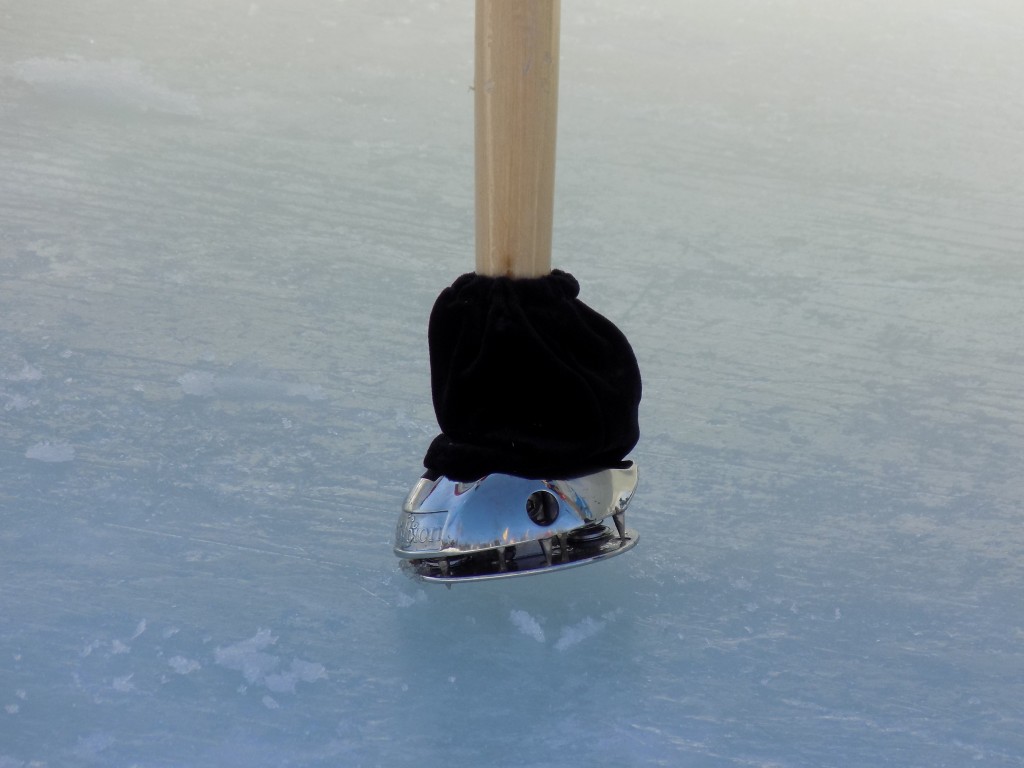 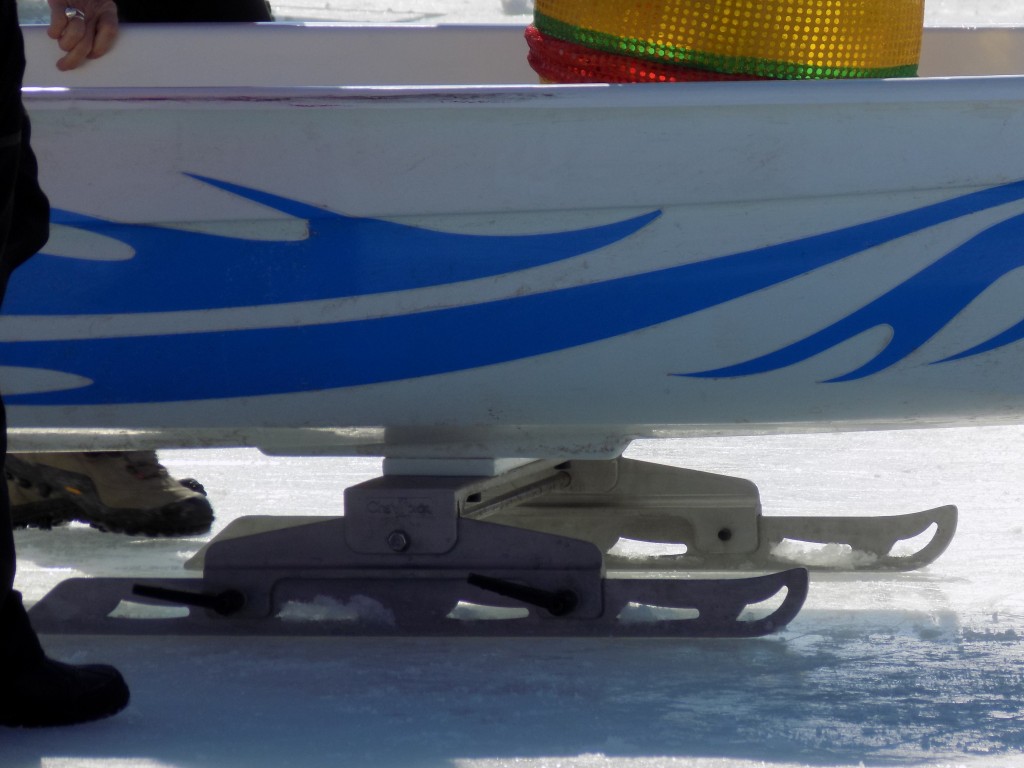 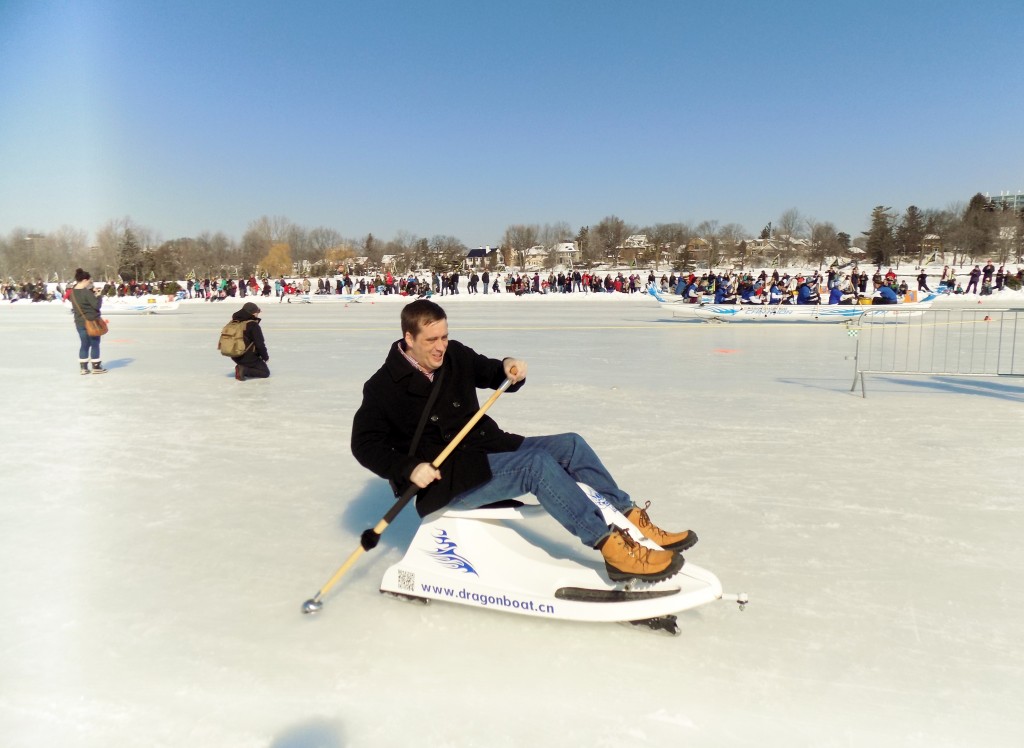 Spectators could try ice Dragon Boat racing on small, single person units. The author decided to give it a try and found out it’s quite a workout. Photo: Dodi Morgan 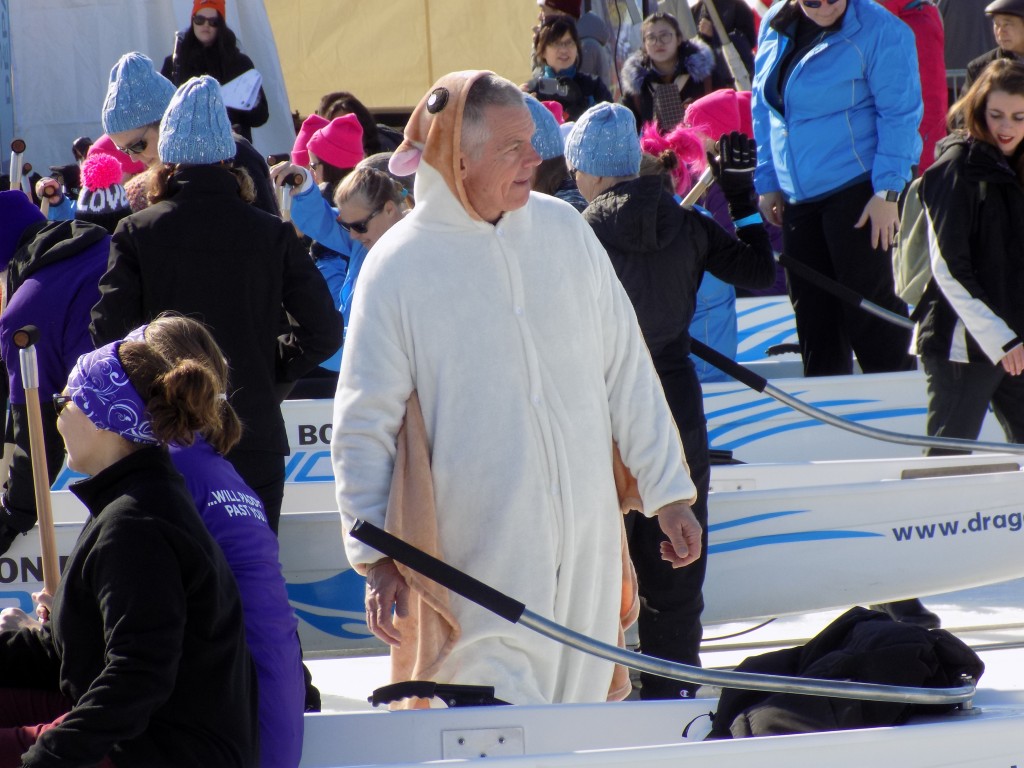 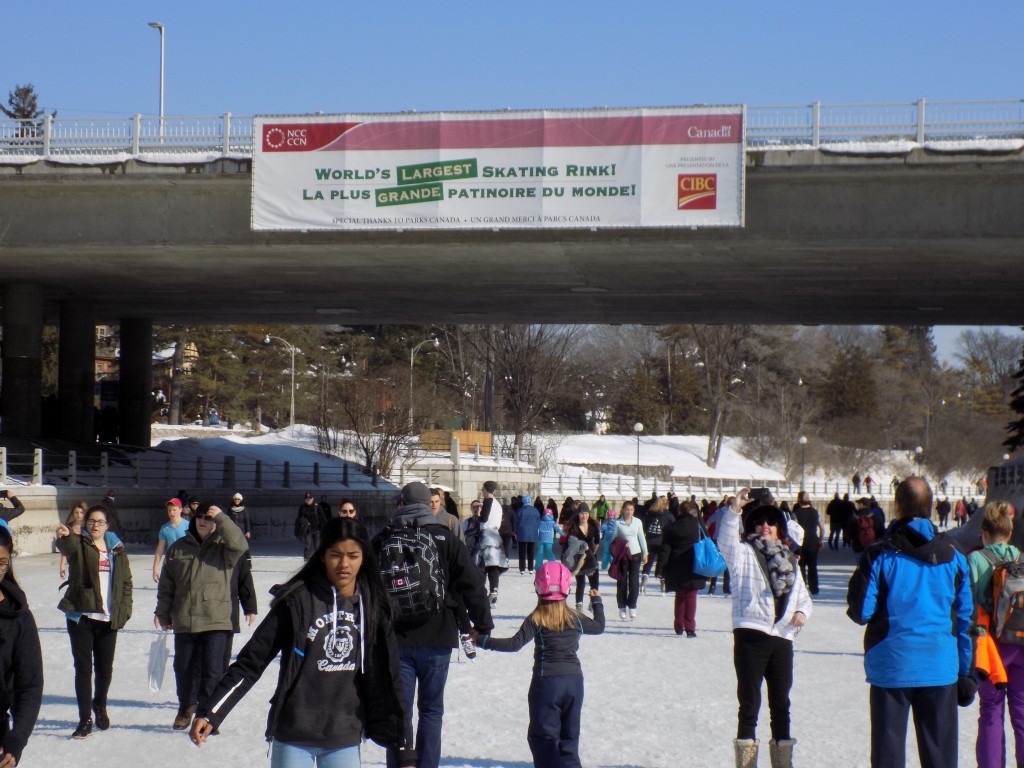 It was warm weather for skating on the Rideau Canal during the last weekend of Winterlude. Photo: James Morgan