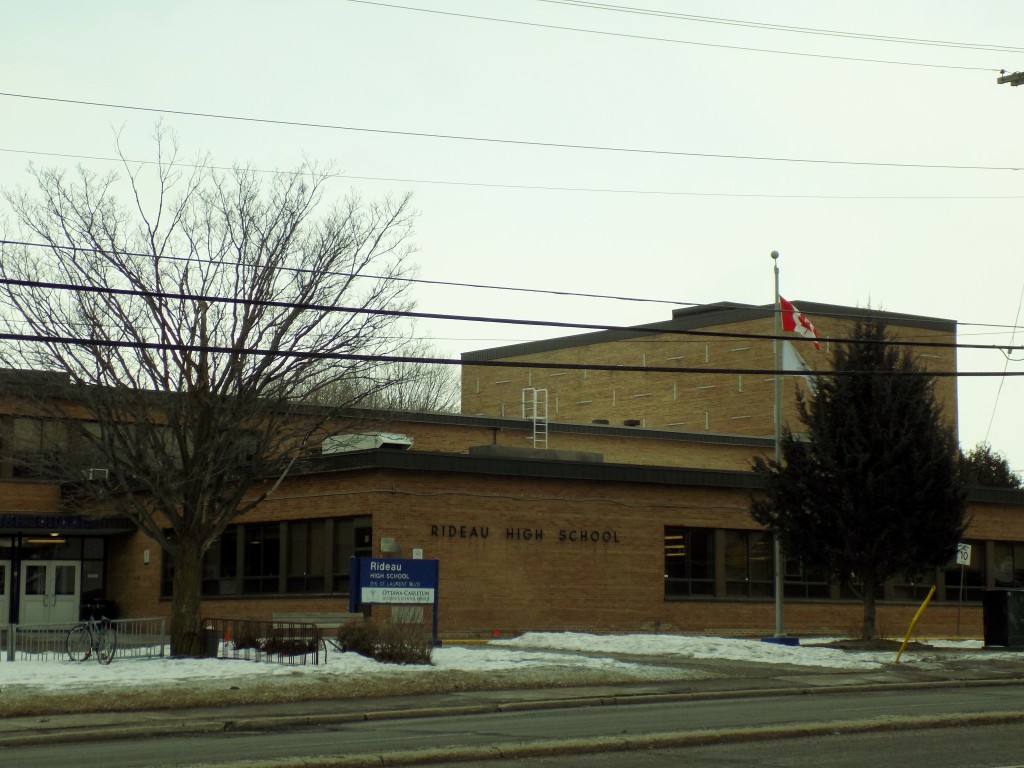 The reasons for the closures come down to dollars and demographics. Public education in Ontario is funded by the Ontario government and property taxes. The government wants to ensure the financial resources are being efficiently used. School boards must balance their budgets by law, so they look for savings by closing schools in need of major renovation, or where enrolment is down. And, it is indeed down in a lot of schools, especially in villages and rural areas where the population tends to be older. Those people aren’t having children, and many of them are part of the post-WW II baby boom generation for whom many of these schools were built. The children of baby boomers aren’t having as many children either.

In Ottawa, the demographic shift is to blame for some significant school closures. Rideau High School on St. Laurent Boulevard opened in 1958 for 800 students, now there are just over 500. Earlier this month, the school board voted to close Rideau High at the end of the current school year. Students will be shifted to other schools next year. In suburban Nepean, Greenbank Middle School opened in 1968 to serve new neighborhoods that had been planted on former farms. There was such a shortage of school space back then that 7th and 8th grade classes were held in a nearby church before Greenbank was completed. My Mom and one of my uncles were among the Greenbank students who were part of that experience. In September, Greenbank students will move to the nearby Sir Robert Borden High School. Many Ontario school boards are now creating grade 7 to 12 high schools whenever an elementary or middle school closes.

The Upper Canada District School Board, which serves communities along the Ontario side of the St. Lawrence River, considered closing 29 schools as part of its review process. The list has been reduced to 12, and includes both elementary and high schools in Brockville, Cardinal, Ingleside, and Cornwall. The board will make a final decision on those closures on March 23.

Schools are a major institution in communities. Closing them or changing their focus always raises public reaction. 47 people addressed the Ottawa board over the Rideau High School closure plan. Meetings of the Upper Canada board have been similarly packed with concerned citizens. Steve Clark, the Progressive Conservative (PC) opposition party member of the Ontario Legislature from the Brockville area is calling for a freeze on school closures. He’s also been urging Upper Canada board members to keep schools open and oppose the review policies of Premier Kathleen Wynne’s Liberal government.

Changing, moving, and aging populations, along with financial pressures upon government are behind the closures of public schools in Ontario. It’s also a reflection of the bigger picture of what’s happening across North America with declining rural communities and shifting urban populations.