Hockey touches Canadian life in almost every way. For many Canadians, hockey basically is their life. The sport and the lifestyle are just as important for many people from the Northeastern U.S., too. While Canada claims ownership on the invention of hockey, there’s a lot of debate and rivalry over exactly who invented it, how, and where.

The special exhibit “Hockey,” now open at the Canadian Museum of History in Gatineau, explores the history of the game and its huge role as a symbol of Canadian identity. It covers every aspect of hockey and the culture surrounding it: from small town rinks to the NHL, international tournaments, the players, and media coverage. The exhibit runs until October 9. 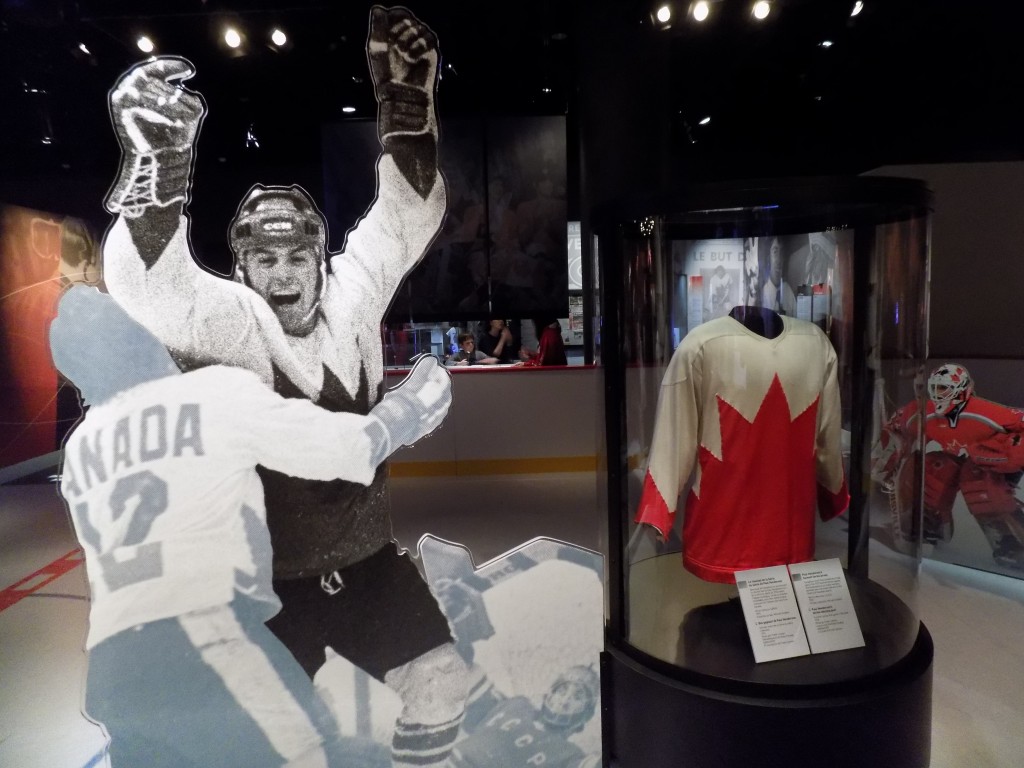 Paul Henderson played for the Toronto Maple Leafs and Detroit Red Wings in the NHL and the Toronto Toros, Birmingham Bulls, and Atlanta Flames in the short-lived World Hockey Association (WHA). Henderson is best know though for scoring the winning goal for Canada in the 1972 Canada-Russia Hockey “Summit” Series. Henderson’s jersey from the game is shown here.  The famous photo of Henderson’s goal was taken by Toronto Star photographer Frank Lennon.  Photo: James Morgan 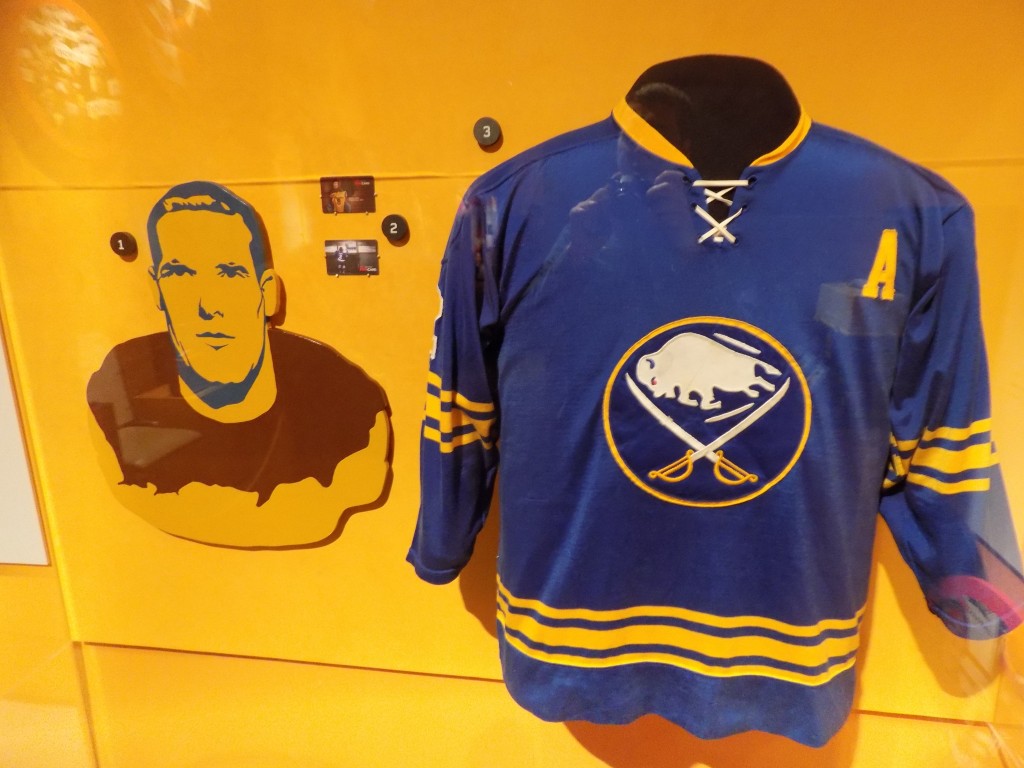 Myles “Tim” Horton was originally better known for his hockey talent than coffee and doughnuts. Tim Horton played for the Toronto Maple Leafs from 1952 to 1970 and for the Buffalo Sabres from 1970 to 1974 when he was killed in a highway crash. He co-founded the Tim Horton Donuts chain with Hamilton Ontario police officer Ron Joyce in 1964. 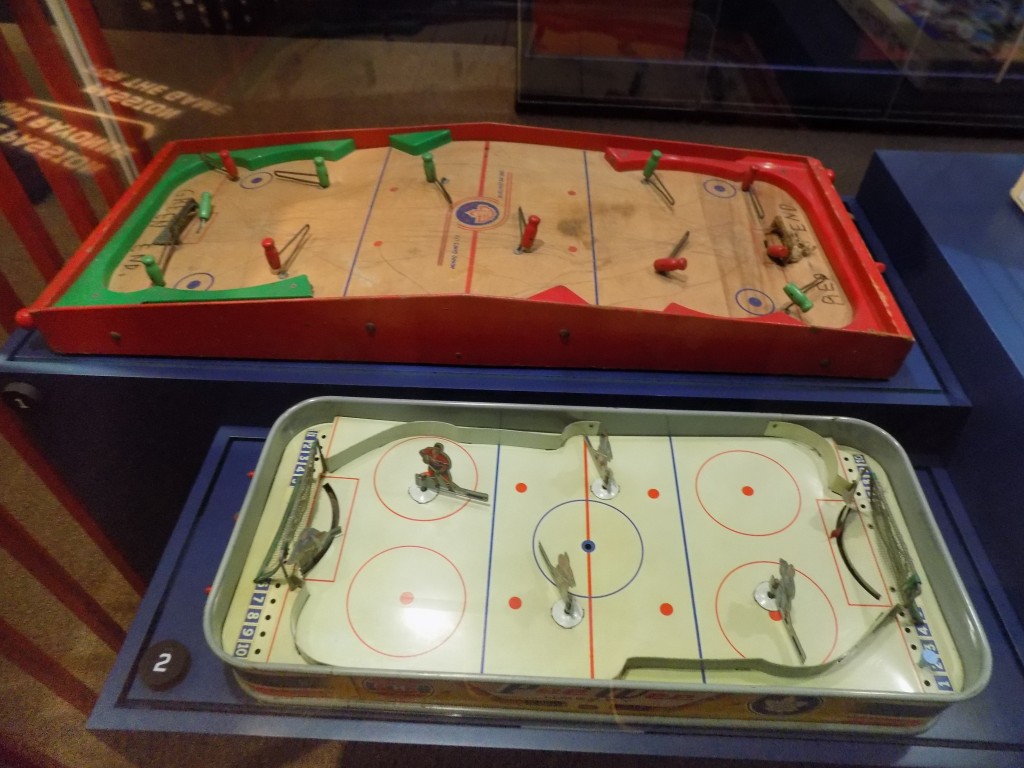 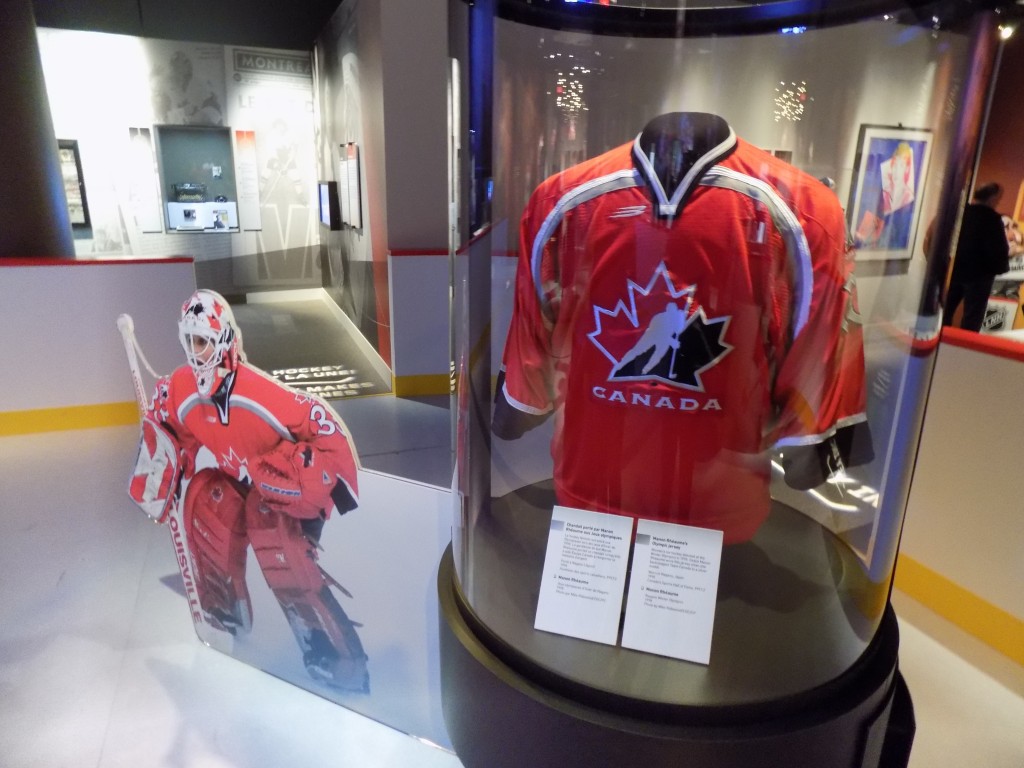 Manon Rheaume wore this jersey as goaltender of the Canadian Women’s team at the 1998 Winter Olympics. Rheaume is also the first and only woman to ever play in the NHL. She was goaltender for the Tampa Bay Lightning in exhibition games in 1992 and 1993. Photo: James Morgan 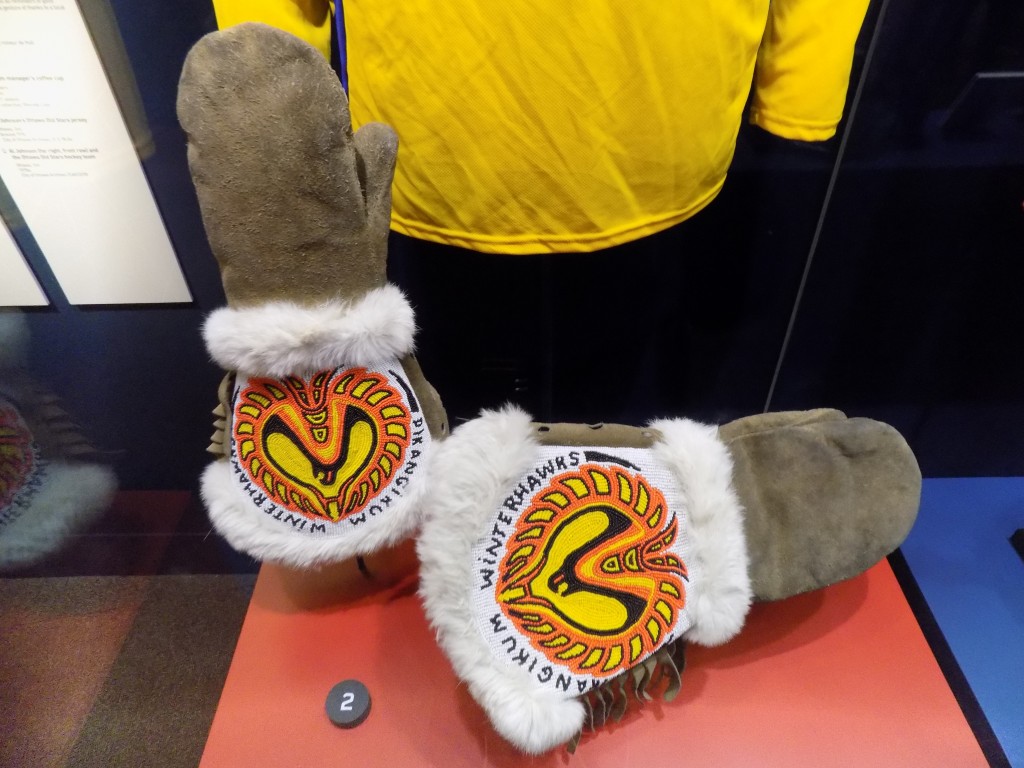 Hockey is popular in Canada’s indigenous communities. These handmade mittens with beadwork of the Pikangikum Winterhawks logo are from the isolated Ojibwe community of Pikangikum in Northern Ontario. Photo: James Morgan 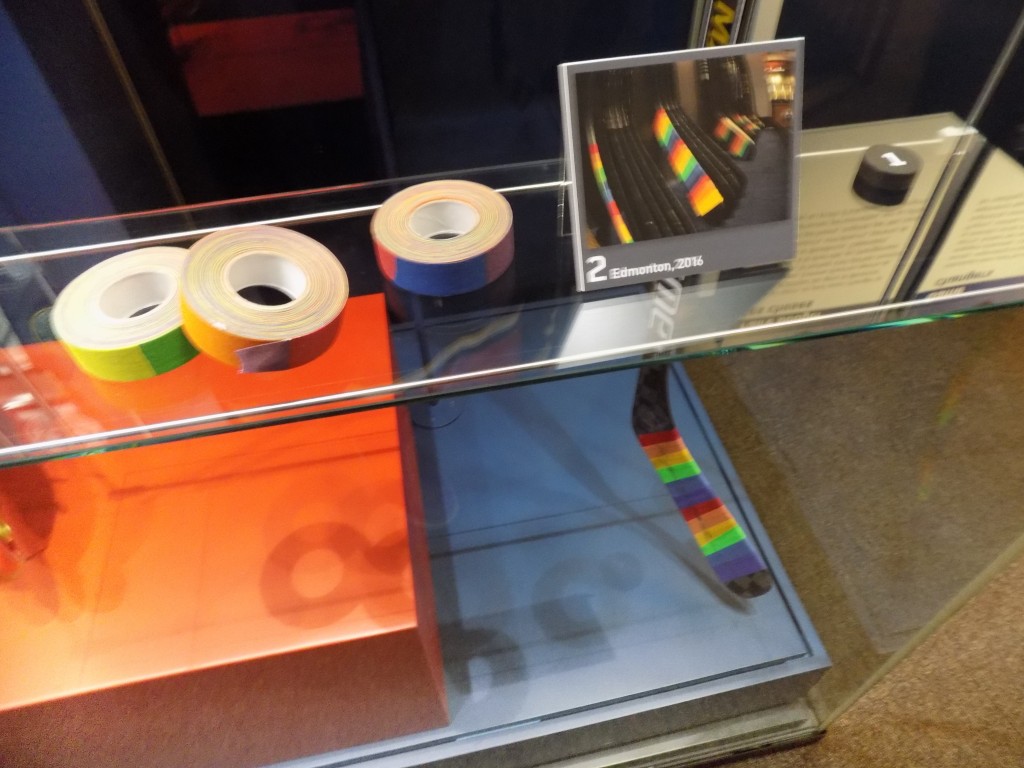 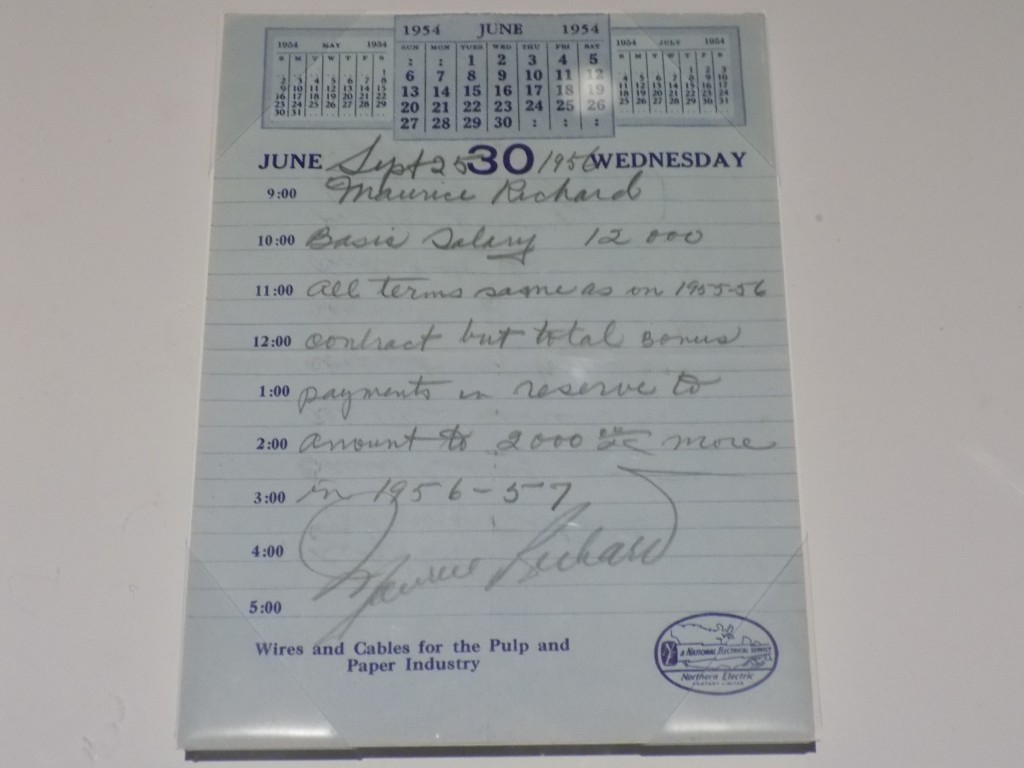 NHL player contracts were often very informal, and not always to the benefit of players either. Maurice “The Rocket” Richard’s 1956 contract with the Montreal Canadiens is written on an old calendar page. Photo: James Morgan 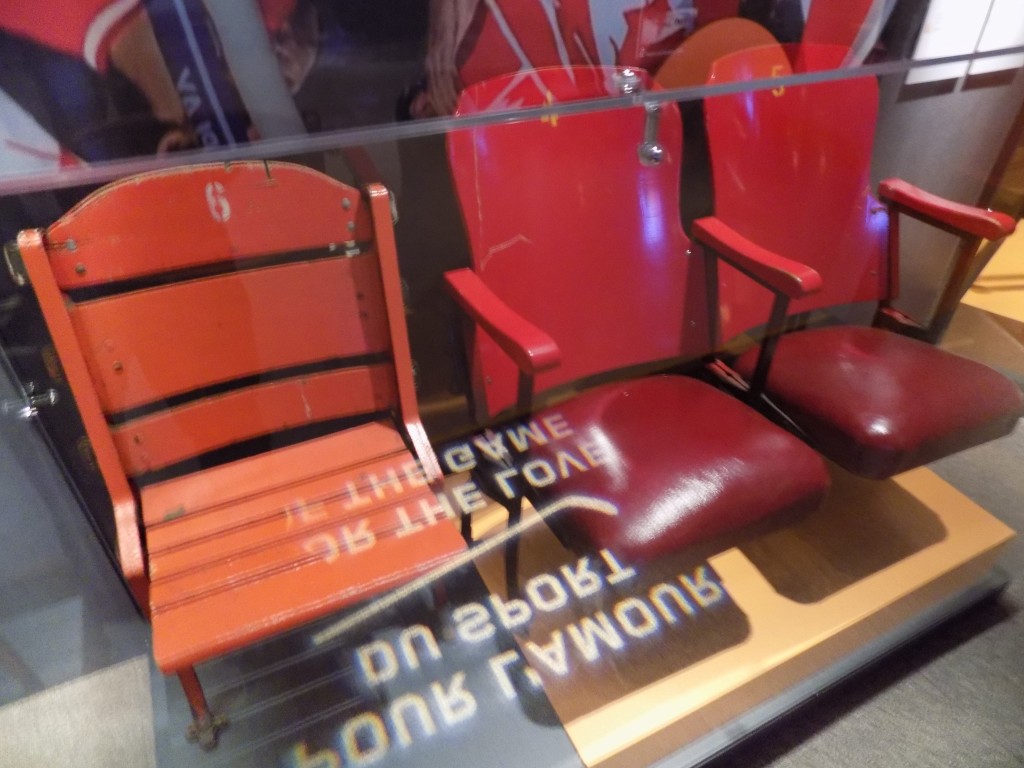 The seat on the far left is from the old Boston Garden. The two on the right are from the old Montreal Forum. Photo: James Morgan 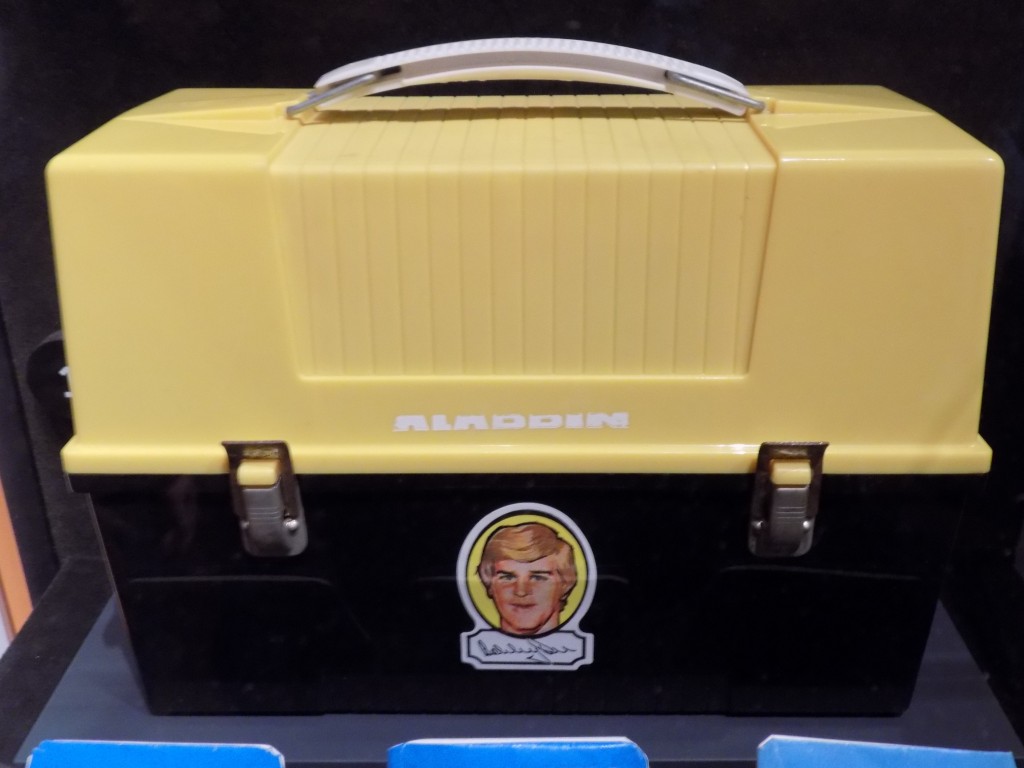 A Bobby Orr lunchbox in Boston Bruins colors. Orr is from Parry Sound Ontario and played for Boston from 1966 to 1976 and for the Chicago Blackhawks from 1976 to 1978.  Photo: James Morgan

1 Comment on “Exhibit explores a game at the center of Canadian identity, hockey”