The U.S. government plans to “tweak” its free trade deal with Canada, and a “Buy American” plan in New York Governor Andrew Cuomo’s budget would have required state government purchases of $100,000 or more to prefer American products and American firms over Canadian ones.

That has had the Kathleen Wynne, Premier of Ontario, scrambling lately. So on March 30, Brad Duguid, Wynne’s Minister of Economic Development, and Michael Chan, the Minister of International Trade, went to Albany to persuade state officials to give Ontario an exemption to the plan. Quebec’s government was applying pressure on New York too, lobbying state legislators to stop the plan. 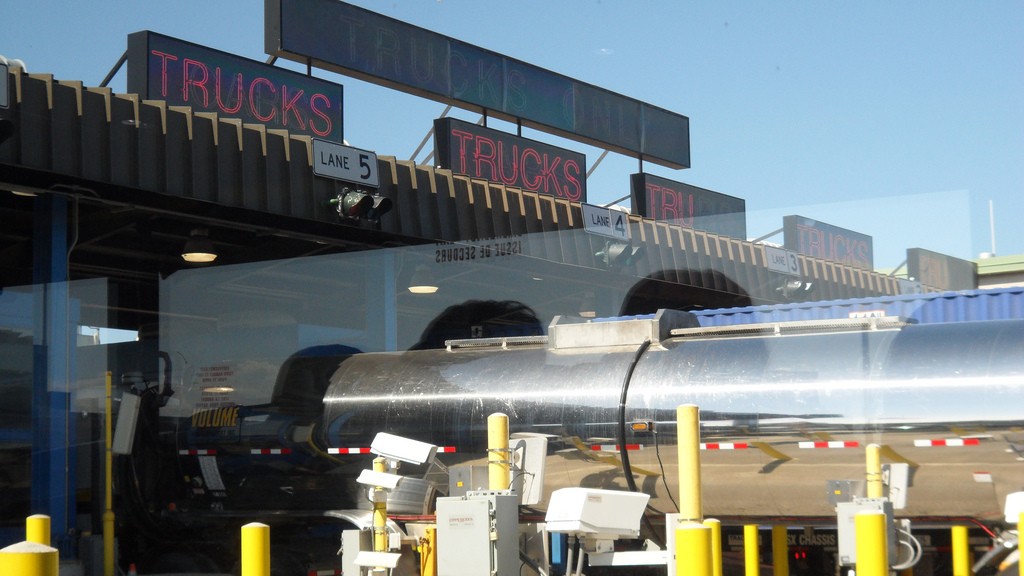 Trade with New York is a big deal in Ontario and Quebec. The total value of Ontario’s trade relationship with New York has been estimated to be as high as $30 billion (CDN). In 2016, Ontario exported over $205 million in goods to the state. In 2014, Quebec did a combined $8 billion in business with New York.

Both provinces are rich in minerals and forest products, most of which are destined for American markets. Southern Ontario is traditionally Canada’s center of manufacturing, too.

Due to the auto industry, Michigan is actually the state Ontario does the most business with. California places an interesting second, and New York is third, with 5.6% of the exports Ontario made to the U.S. in 2016. That figure may not seem like much, but it’s a huge part of the livelihood for many people in Southern Ontario. Semi-trucks crawl across the international bridges over the Niagara and St. Lawrence Rivers, taking goods to New York customers. 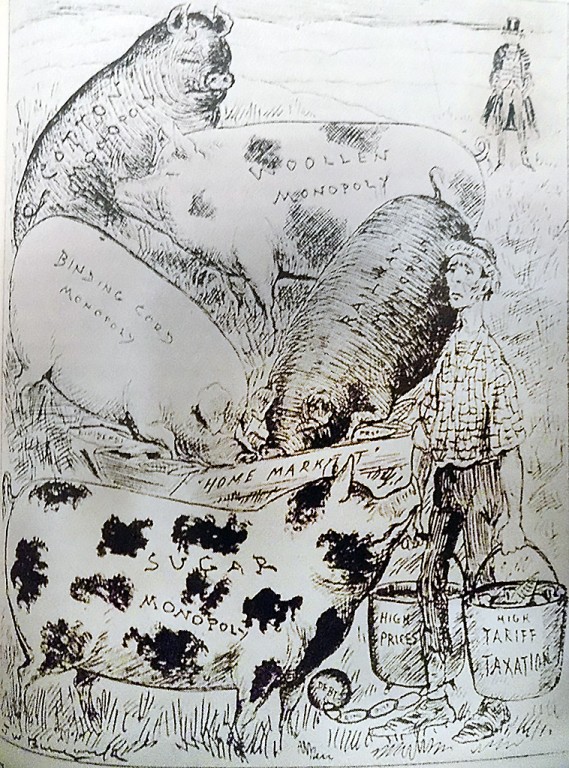 An editorial cartoon in support of free trade from 1888. In it, Canadian consumers were weighed down and weary because protectionism benefited swine-like industrial trusts, and led to high prices and high taxes. Uncle Sam stands watching in the background. Artist: J.W. Bengough, one of the most notable early Canadian editorial cartoonists, in Grip, Jan. 21, 1888.

It’s a complete reversal of roles from the 19th and most of the 20th Century, when free trade was originally known as “reciprocity.” Conservative Canadians in those days saw the U.S. as aggressive on free trade and an economic threat. Their wariness was inherited from British conservatism and the Loyalists who thought no good could come from America.

The Conservative Party under Sir John A. Macdonald were masters of trade protectionism. Classical liberal Canadians, and the actual Liberal Party tended to favor freer trade with the U.S. That belief was inherited from the old British Liberal Party and influence from American business interests. The Liberals under Sir Wilfrid Laurier always pursued more open trade with the US. The Conservatives played on fears it would ruin Canada’s economy. In the 1911 election, they defeated Laurier promising “No truck or trade with the Yankees.”

Prime Minister Pierre Trudeau’s Liberal government in the 1970s started pursuing free trade with the U.S. Things took an odd turn in the 1980s when Brian Mulroney’s Conservative government stole the idea and the Liberals opposed the plan. By the 1990s, the Liberals were back in power and re-embraced free trade fully. Both the Liberals and Conservatives have been trying to outdo each other on support for free trade ever since.

Whether it was over a century ago or the recent Buy American proposal in New York, there have always been concerns and complications involving the trade relationship between Canada and the United States.