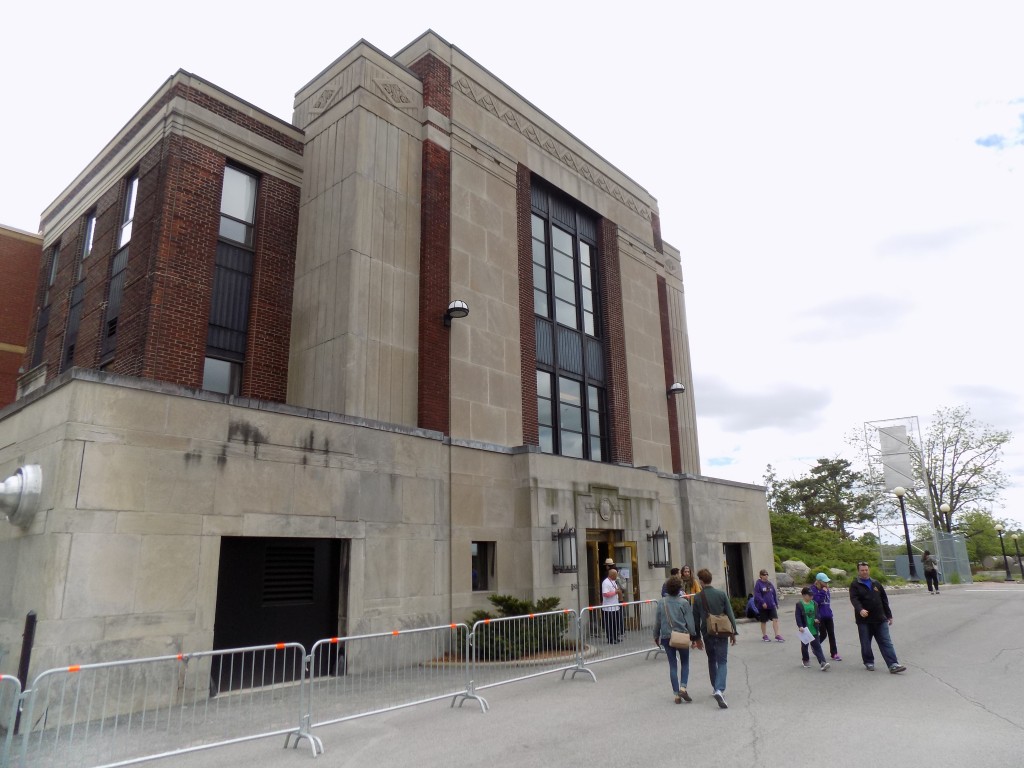 It’s a historic building with a modern purpose.  The City of Ottawa’s Lemieux Island Water Purification Plant was open to the public over the weekend.  It was part of the annual Doors Open Ottawa event where several buildings around the city are open for people to get a behind the scenes look at what goes on in them.  Lemieux Island is in the Ottawa River, upstream from Parliament Hill.  The plant was built between 1928 and 1932.  The art deco architecture is a reminder of the days when public buildings were intended to be both functional but attractive.  Along with the nearby Britannia purification plant, the city processes about 76.6 million gallons/290 million liters of water each day for about 850,000 residential and commercial customers. 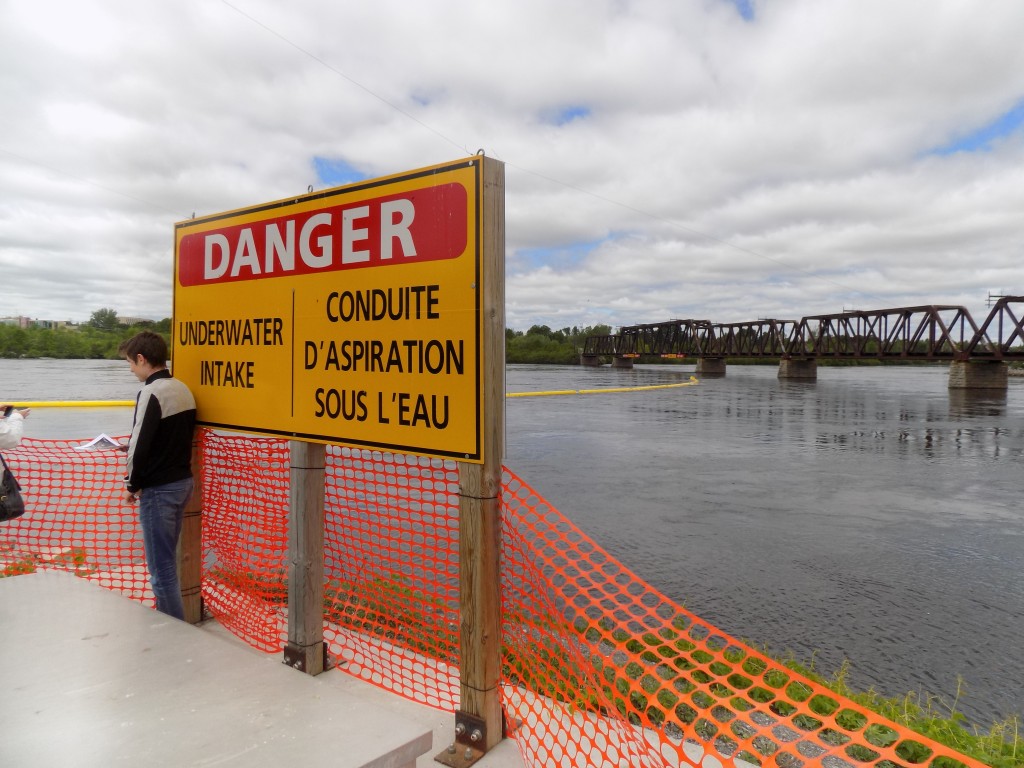 The water begins its journey from the Ottawa River through the plant here. Photo: James Morgan 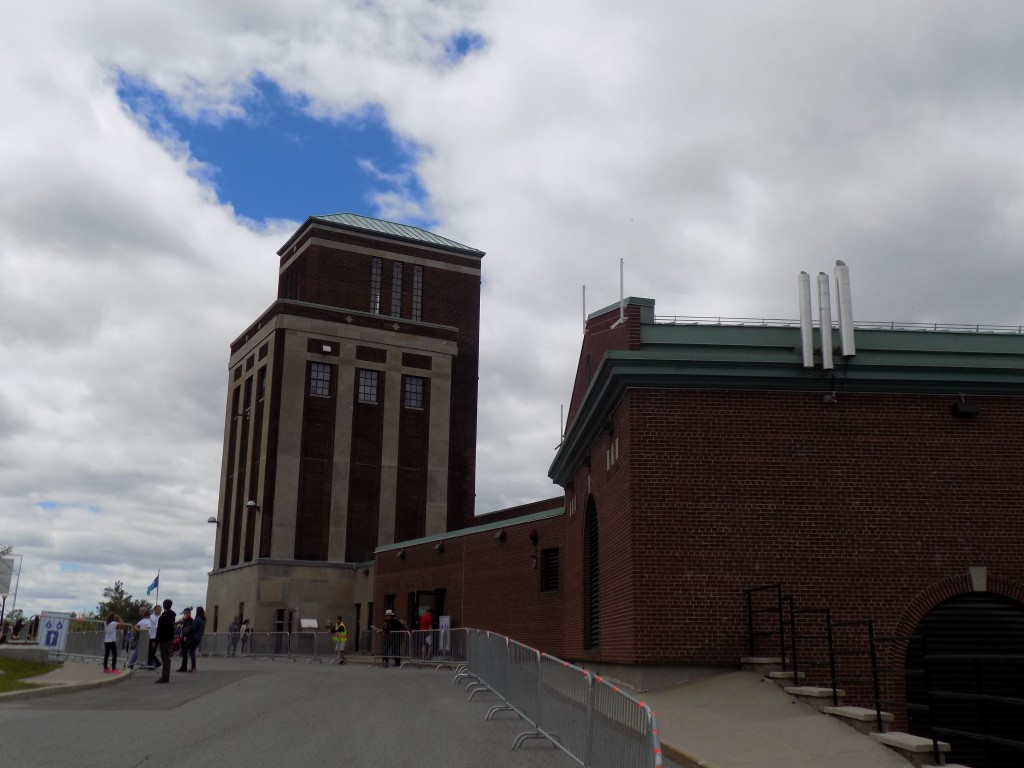 City employees ensure the water meets health standards set by the Ontario government.  All of the employees who operate the purification plant also have to pass examinations and certification requirements.  The water goes through a 10-step purification process before it goes into the pipes that carry it across the city.  The coagulation and flocculation process removes any solid particles.  Then, the sediment is removed and the water is filtered in the plants large, 12-foot-deep filtration pools.  The filter is pretty basic—it’s sand and finely ground anthracite coal.  From there, the water gets disinfected and the pH (acid) levels are corrected.  Ottawa is one of the cities that adds fluoride to the water for dental health.  After another round of disinfection and lab testing, the water flows into the big pipe that carries it across the river and into the mains that travel under city streets for people to use. 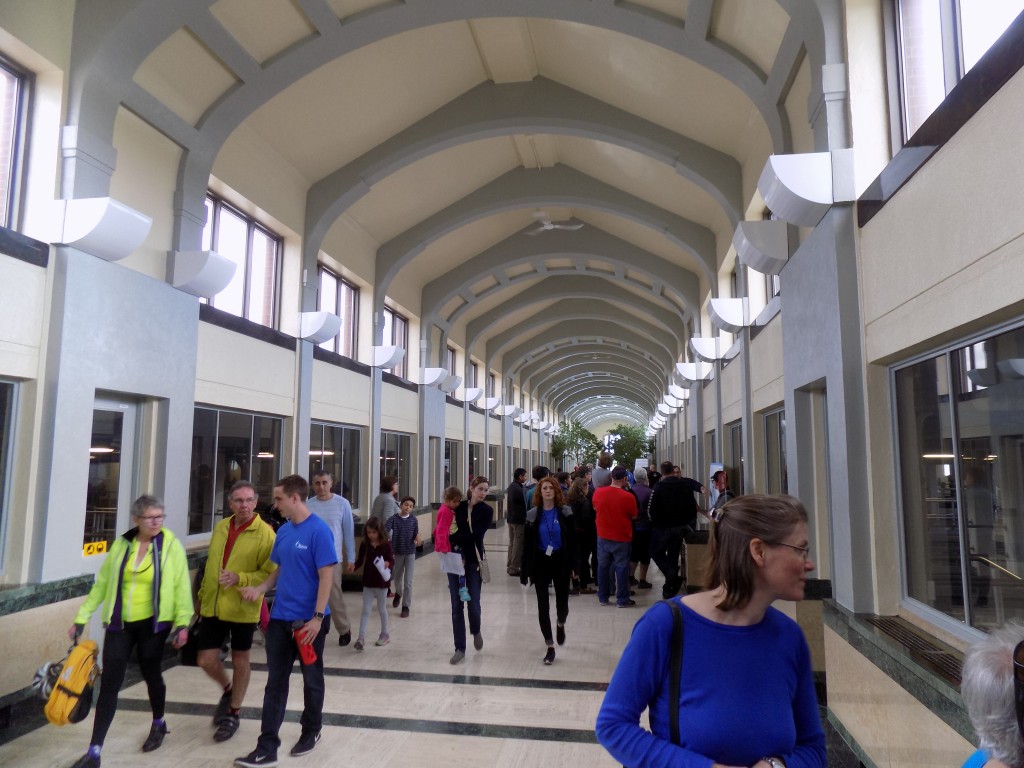 The main hall of the purification plant. The open filtration pools are located on each side, behind the windows. Photo: James Morgan 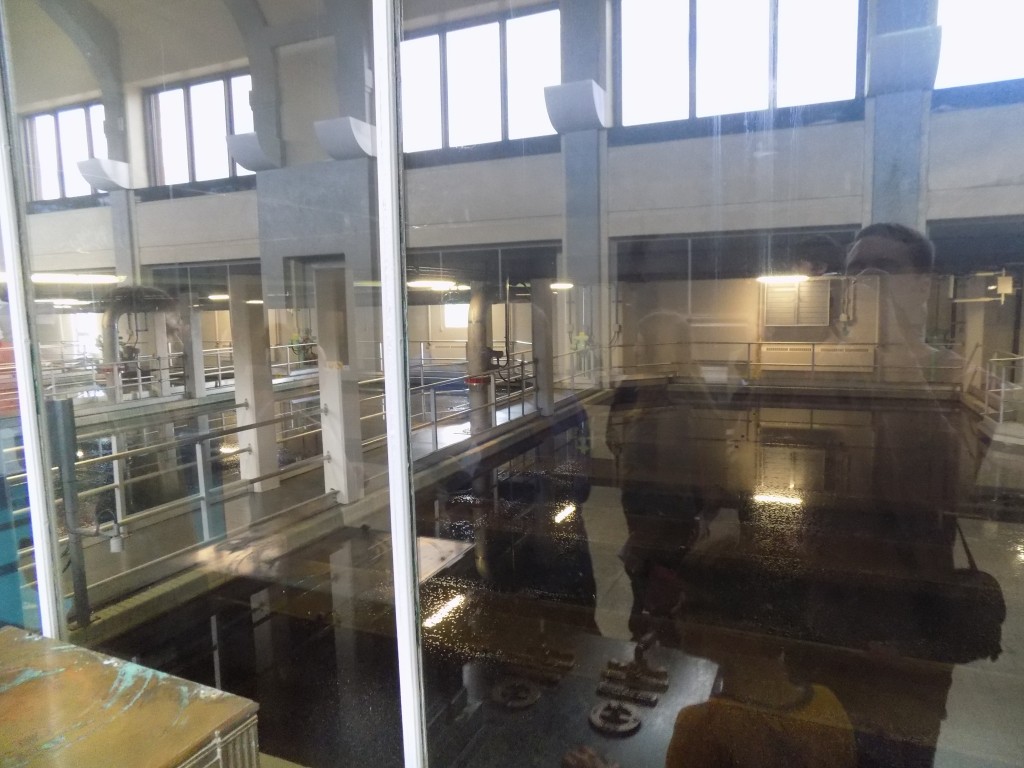 The filtration pools. Each one is about 12 feet deep.  The reflection in the glass shows the old mechanical controls operators originally used for the plant.  Photo: James Morgan 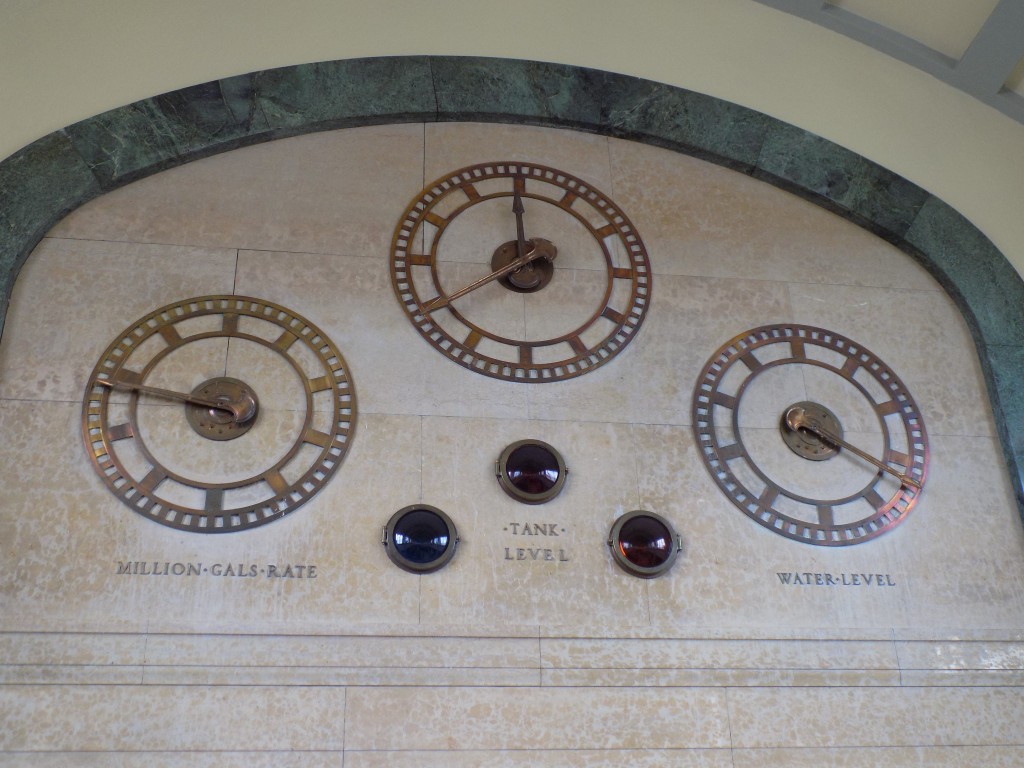 These gauges and lights, high on the marble walls of the main hall, used to show water levels and flow through the filtration system in the days before the plant was automated. Photo: James Morgan 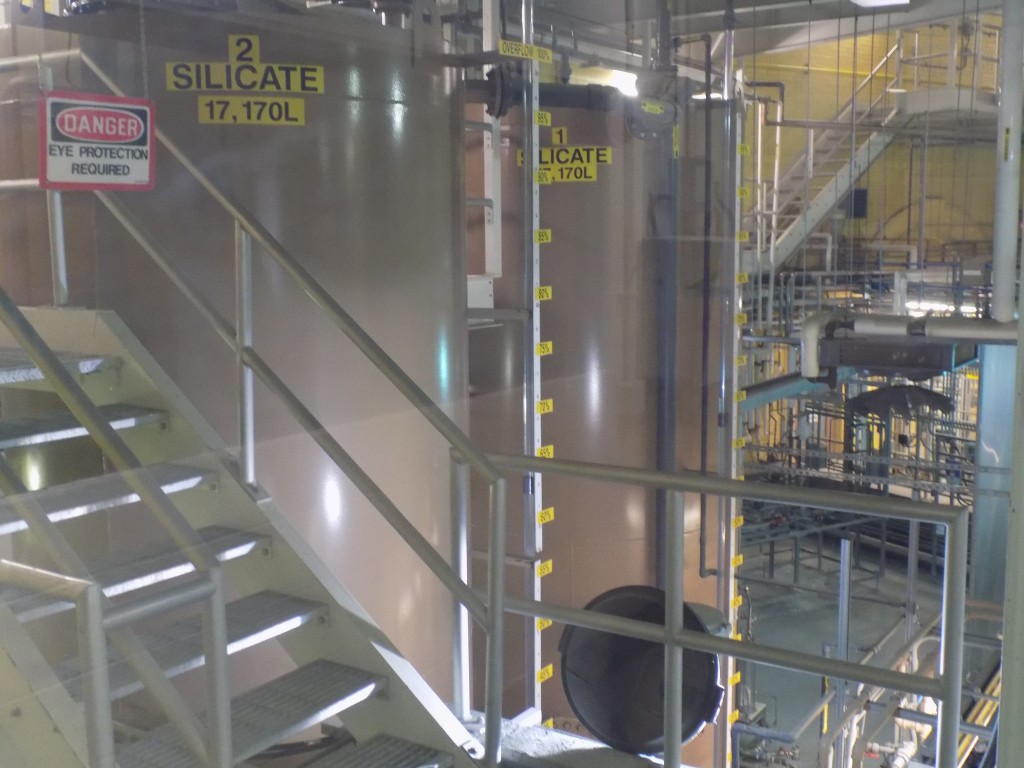 Silicate and alum, and of course chlorine, are among the chemicals used to disinfect Ottawa’s tap water at Lemieux Island. Photo: James Morgan 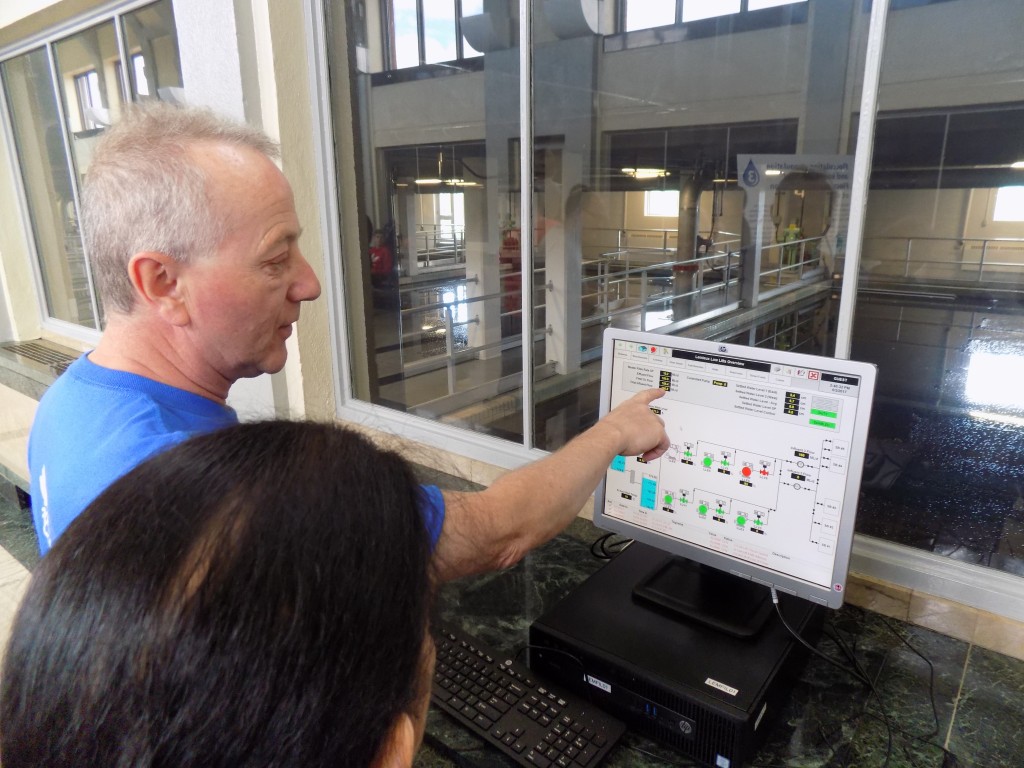 A City of Ottawa employee demonstrates the modern SCADA system that is used to monitor plant operations. Photo: James Morgan 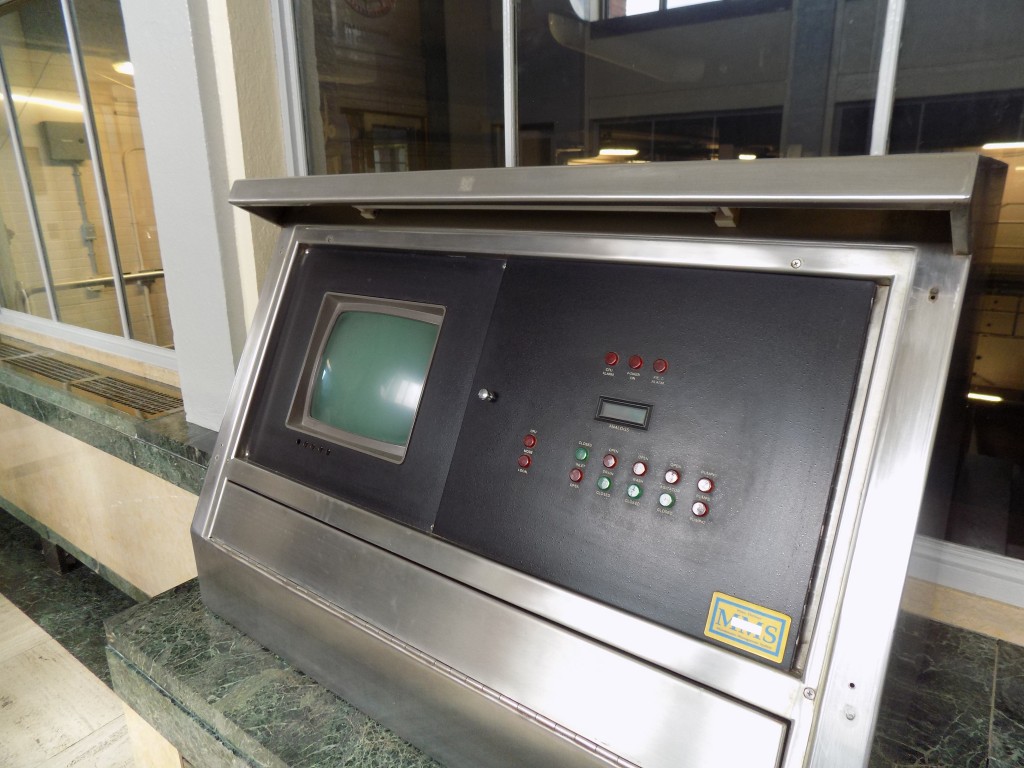 A relic of the era of 8-track tapes and the Captain and Tennille, this was the first computer used to operate the plant in the 1970’s. Photo: James Morgan