Don’t panic! Yes, in recent weeks you’ve heard NCPR’s Adirondack Bureau Chief Brian Mann reporting from Houston in the wake of the hurricane, and from Las Vegas following the mass shooting. But is he still ours? 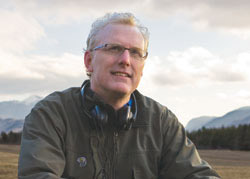 Here’s the deal. For many years, as you probably know, Brian has been providing stories from the Adirondack North Country for NPR’s news programs. Occasionally, NPR would contact Brian to cover something a little farther afield if they needed to get a reporter on the ground quickly (e.g., in Ithaca and Quebec).

Now, Brian, NPR and NCPR have a new arrangement. Brian continues as the station’s Adirondack Bureau Chief, providing enterprising and investigative coverage of regional stories, along with a paddle postcard here and there. In addition, he is now NPR’s northeast regional correspondent. This formalizes his relationship with our network. No substantive changes, just a clarified connection.

However, you will hear two things over time: more stories from Brian on NPR programs, and, from time to time–as with Houston and Las Vegas–NPR may call on Brian to fill in coverage outside of the Adirondack North Country.

Bottom line: we are so proud of the work Brian is doing, proud to call him ours–and yours–and honored to have him help NPR do its job for the entire country.

6 Comments on “Was that our Brian Mann on NPR?”