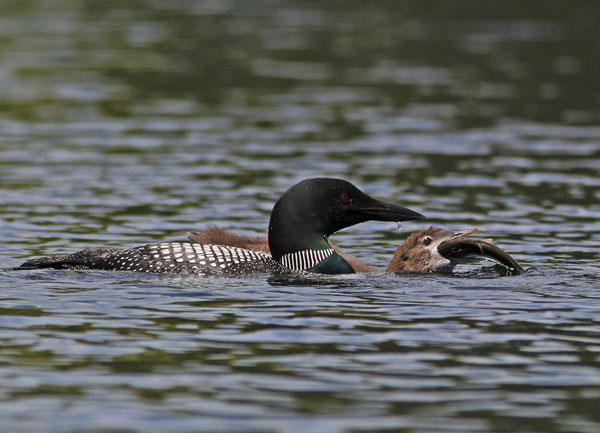 Young loon being home-schooled about the food chain. Photo: Joe Woody, Photo of the Day archive

Back in grade school they taught us about nature’s “food chain,” a linear model wherein little organisms, let’s say fish, get eaten by bigger fish and so on, until the biggest fish dies and is consumed by bacteria, and maybe some vengeful small fish. Later, the “food web” was born when someone realized the totality of life on Earth was probably more complex than a straight line. The food web, which preceded the worldwide web, was meant to explain how nature worked, or at the very least how spiders get their food.

Scottish-American naturalist John Muir, who founded The Sierra Club and ushered in the U.S. National Park system, knew about nature’s interconnectedness more than a century ago. In 1911 he famously wrote that: 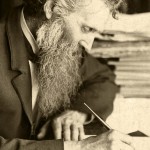 “When we try to pick out anything by itself, we find it hitched to everything else in the Universe.”

Which indicates something more complicated than a web, a tapestry perhaps.

The corollary to everything being stitched together with invisible threads is that we humans never really know what consequences our actions will have. DDT seemed like a brilliant idea until we figured out, almost too late, that it was wiping out eagles, hawks, owls and other raptors. 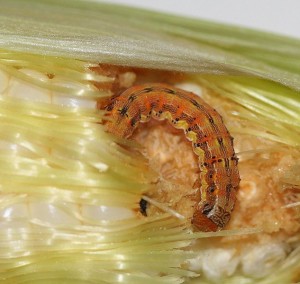 The lavae of the corn earworm was a pest in the cornfield, but now we are missing them. Photo: cyanocorax, Creative Commons, some rights reserved

Recently we modified corn with a toxin to eliminate corn earworms. As we patted ourselves on the backs for this, an even worse pest from out west, once kept in check by the earworm we just killed, spread across the country, and is now causing much damage to the corn crop. In spite of our alleged sophistication, for the most part we are floundering around in the dark.

Although science is a long way from being able to expose the myriad unseen cords that bind nature as one, even the relatively simple parts of the web we have observed are fascinating. Take the case of flowering plants and pollinators. There has been a lot of concern over the past several years about reduced populations of bees, both domestic and wild. We know that most of our food crops require some kind of pollinator, but we seldom think about the fact that pollinators need flowering plants for food. This type of interdependence is known as mutualism, which in some cases can be quite specific. 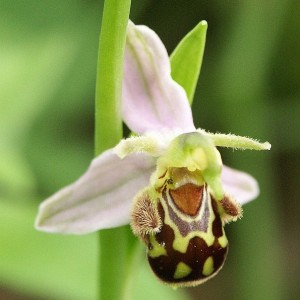 The bee orchid flower resembles a female bee closely enough to attract males in search of a mateBerndH, Creative Commons, some rights reserved

The flowers of some orchids have the size, shape and color pattern of the female of the particular bee—often a single species—on which the orchids depend for pollination. Beyond this visual mimicry, the plants are able to make the exact pheromone produced by the female bee. The males of these species, which obviously have not evolved good eyesight, land on the lady-bee decoy flowers. In the process of trying out pickup lines or whatever it is the males do, the flowers get pollinated. (Apparently the males accidentally bump into enough real females to perpetuate their species.)

There is a group of desert moths which will lay a single egg deep inside each yucca flower they visit. The caterpillar is protected by the flower, and as the seeds develop, it eats some of them. The seed-chomping habit of the moth larvae would seem like bad fortune for the plant, but these so-called yucca moths are the only insects capable of pollinating a yucca flower. If something wiped out the moths, yuccas would die out, and the reverse is true. 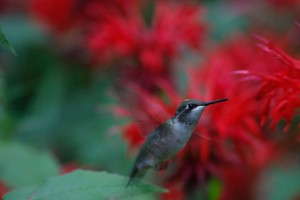 Hummingbirds, not bees are the main pollinators of beebalm. Photo: Gary Lee, Photo of the Day archive

Plants which depend on birds for successful reproduction tend to make flowers of particular colors, mainly red, and specific shapes as well. Close to home, the thin, trumpet-like corolla of a Monarda blossom is well-suited to a hummingbird’s long bill and tongue. Ironically, the common name for this plant is bee balm, even though it is very hard for any bees to pollinate it. Monarda, and to a greater extent plants like Mimulus, or monkey-flower, have evolved together with hummingbirds over time, to the point where most other pollinators cannot do the job.

In forests across our region, there are fungi which colonize tree roots and root hairs, often with a single type of fungus for each given tree species or genus. This is not as entertaining as bees trying to mate with flowers, but it is more common, and also critically important to the health of our forests, because the fungi, called mycorrhizae, increase the surface area of root systems exponentially.

Dr. Nina Bassuk of Cornell’s Urban Horticulture Department once said in a talk that at least 90% of all water and nutrients used by trees are taken up by these beneficial fungi. In return for this essential service, the fungi get a substrate on which to grow, and they extract a negligible amount of sugars from the trees. Landscape trees often suffer for lack of mycorrhizae, because things like lawn chemicals and warm soils kill the fungi.

Buddhist monk and peace activist Thich Nhat Hanh has a different take on the dynamic of nature’s interdependence, calling it “interbeing.” He contends a sheet of paper holds within it the sunshine which made the forest grow, a point science would agree with. But he goes further, suggesting the work of the loggers who cut the trees, the paper-mill operators, and the farmers who fed them all, as well as the parents who birthed and raised everyone involved, are also in a sense related to the paper. In his words: 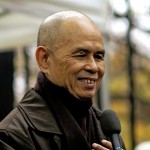 “You cannot point out one thing that is not here… earth, rain, minerals in the soil, sunshine…. Everything co-exists…. You cannot just be by yourself alone. You have to inter-be with every other thing.”

Whether one views the tapestry of life as a scientist or as a philosopher, it is far more intricate than we were taught in school, and we need to err on the side of caution when deciding to make changes to our environment. So the next time you try and lift a heavy object, remember that everything in the Universe is hitched up to it, so get someone to help you.