There’s always time and room for another list of great book recommendations, and this one comes from our gang at local libraries, led by Rebecca Donnelly from the Potsdam Library. Some old and new titles here, for all ages.

Our theme this time is family stories!

Ames is 77 years old in 1956, in failing health, with a much younger wife and six-year-old son; as a preacher in the small Iowa town where he spent his entire life, he has produced volumes and volumes of sermons and prayers, “[t]rying to say what was true.” But it is in this mesmerizing account, in the form of a letter to his young son, who he imagines reading it when he is grown, that his meditations on creation and existence are fully illumined. Ames details the often harsh conditions of perishing Midwestern prairie towns, the Spanish influenza and two world wars. He relates the death of his first wife and child, and his long years alone attempting to live up to the legacy of his fiery grandfather, a man who saw visions of Christ and became a controversial figure in the Kansas abolitionist movement, and his own father’s embittered pacifism. 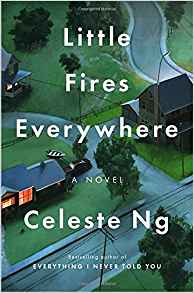 In Shaker Heights, a placid, progressive suburb of Cleveland, everything is planned — from the layout of the winding roads, to the colors of the houses, to the successful lives its residents will go on to lead. And no one embodies this spirit more than Elena Richardson, whose guiding principle is playing by the rules. Enter Mia Warren — an enigmatic artist and single mother — who arrives in this idyllic bubble with her teenaged daughter Pearl, and rents a house from the Richardsons. Soon Mia and Pearl become more than tenants: all four Richardson children are drawn to the mother-daughter pair. But Mia carries with her a mysterious past and a disregard for the status quo that threatens to upend this carefully ordered community.

Brothers Subhash and Udayan Mitra pursue vastly different lives–Udayan in rebellion-torn Calcutta, Subhash in a quiet corner of America–until a shattering tragedy compels Subhash to return to India, where he endeavors to heal family wounds.

‘It was a beautiful, breezy, yellow-and-green afternoon.’ This is the way Abby Whitshank always begins the story of how she fell in love with Red that day in July 1959. The whole family–their two daughters and two sons, their grandchildren, even their faithful old dog–is on the porch, listening contentedly as Abby tells the tale they have heard so many times before. And yet this gathering is different too: Abby and Red are growing older, and decisions must be made about how best to look after them, and the fate of the house so lovingly built by Red’s father. Brimming with the luminous insight, humor, and compassion that are Anne Tyler’s hallmarks, this capacious novel takes us across three generations of the Whitshanks, their shared stories and long-held secrets, all the unguarded and richly lived moments that combine to define who and what they are as a family.

The Turner House by Angela Flournoy (2015)

The Turners live on Yarrow Street for over fifty years. Their house sees thirteen children get grown and gone—and some return; it sees the arrival of grandchildren, the fall of Detroit’s East Side, and the loss of a father. Despite abandoned lots, an embattled city, and the inevitable shift outward to the suburbs, the house still stands. But now, as their powerful mother falls ill and loses her independence, the Turners might lose their family home. Beset by time and a national crisis, the house is worth just a tenth of its mortgage. The Turner children are called back to decide its fate and to reckon with how each of their pasts might haunt—and shape—their family’s future.–Angela Newman, North Country Library System 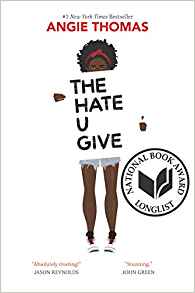 Although the central issue of this novel inspired by the Black Lives matter movement is police brutality, YA writer Kat Cho recommends Thomas’s book for its family portrayal, too. “The family in this book lends so much heart and warmth and humor to the novel. It takes a story that could just be about tragedy and fear and trauma and gives a heart at the center to hold on to.”

At first, Jude and her twin brother Noah, are inseparable. Years later, they are barely speaking. Something has happened to change the twins in different yet equally devastating ways, but then Jude meets an intriguing, irresistible boy and a mysterious new mentor. The early years are Noah’s to tell; the later years are Jude’s. But they each have only half the story, and if they can only find their way back to one another, they’ll have a chance to remake their world.

You Bring the Distant Near by Mitali Perkins (2017) 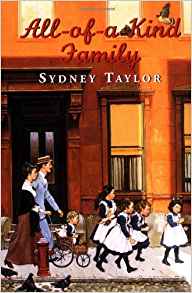 A children’s classic. It’s the turn of the century in New York’s Lower East Side and a sense of adventure and excitement abounds for five young sisters – Ella, Henny, Sarah, Charlotte and Gertie. Follow along as they search for hidden buttons while dusting Mama’s front parlor, or explore the basement warehouse of Papa’s peddler’s shop on rainy days. The five girls enjoy doing everything together, especially when it involves holidays and surprises. But no one could have prepared them for the biggest surprise of all!

The Misadventures of the Family Fletcher  by Dana Allison Levy (2014)

Meet the Fletchers. Their year will be filled with new schools, old friends, a grouchy neighbor, hungry skunks, leaking ice rinks, school plays, wet cats, and scary tales told in the dark!
There’s Sam, age twelve, who’s mostly interested in soccer, food, and his phone; Jax, age ten, who’s psyched for fourth grade and thinks the new neighbor stinks, and not just because of the skunk; Eli, age ten (but younger than Jax), who’s thrilled to be starting this year at the Pinnacle School, where everyone’s the smart kid; and Frog (not his real name), age six, who wants everyone in kindergarten to save a seat for his invisible cheetah. Also Dad and Papa.

Other than their first names, Naomi Marie and Naomi Edith are sure they have nothing in common, and they wouldn’t mind keeping it that way. Naomi Marie starts clubs at the library and adores being a big sister. Naomi Edith loves quiet Saturdays and hanging with her best friend in her backyard. And while Naomi Marie’s father lives a few blocks away, Naomi Edith wonders how she’s supposed to get through each day a whole country apart from her mother. When Naomi Marie’s mom and Naomi Edith’s dad get serious about dating, each girl tries to cling to the life she knows and loves. Then their parents push them into attending a class together, where they might just have to find a way to work with each other—and maybe even join forces to find new ways to define family.–Angela Newman, North County Library System

Fifth-grader Anna is concerned that her baby sister Kaylee, adopted from China three months ago, is not thriving so she and her best friends, Laura and Camille, create a science project that may save the day.

When Mouse goes to visit his extended family, Elliot, a charming polka-dotted elephant, roams through the city alone. With no friends or family close by, Elliot begins to feel lonely, until Mouse reappears and invited him to a mouse family party, where he fits right in. 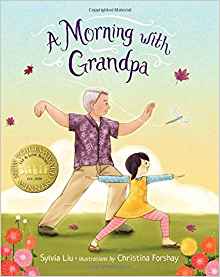 Curious and energetic Mei Mei attempts some t’ai chi forms as her grandfather demonstrates them, then tries to teach him basic yoga poses. Includes introductions to t’ai chi and yoga, as well as instructions for the exercises described in the text.

Nana in the City by Lauren Castillo

A young boy is frightened by how busy and noisy the city is when he goes there to visit his Nana, but she makes him a fancy red cape that keeps him from being scared as she shows him how wonderful a place it is.

We Belong Together: A Book about Adoption and Families by Todd Parr (2007)

A young boy is frightened by how busy and noisy the city is when he goes there to visit his Nana, but she makes him a fancy red cape that keeps him from being scared as she shows him how wonderful a place it is.

At New York City’s Central Park Zoo, two male penguins fall in love and start a family by taking turns sitting on an abandoned egg until it hatches.

Again, big thanks to Rebecca Donnelly at the Potsdam Library for pulling this list together. The best gift to give to all ages: a library card.