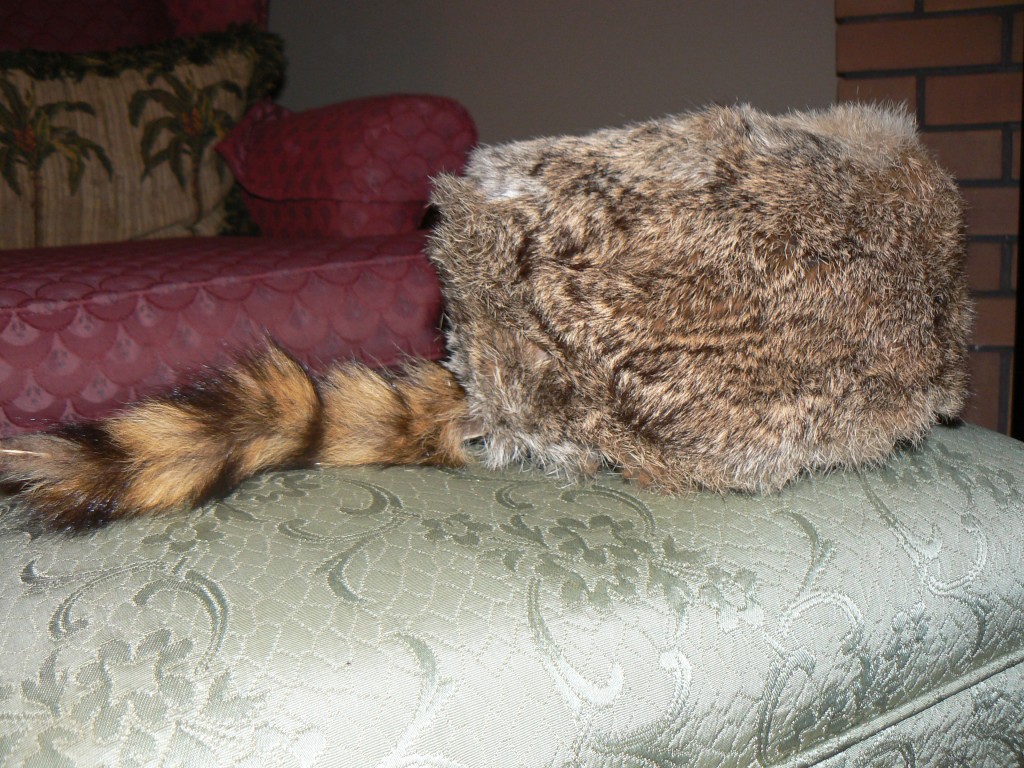 Many of us are now with, or on our way to spending Christmas with our families and friends. Gifts and decorations are a big part of Christmas tradition in my family and many others. Every family member has a memorable gift from Christmases past – and present.

A coonskin cap and a cardboard box

My grandfather liked to have fun with gift giving. When I was seven, there was a gift for my Mom under the tree on Christmas morning with a tag that said it was from “BIG SANTA.”  Papa was about 250 pounds in those days and wore what he called “fat guy size” clothes. Mom opened her gift and discovered a Davy Crockett-style coonskin cap inside. Papa laughed, Mom laughed, and she has kept it ever since. It’s the only fur she owns. 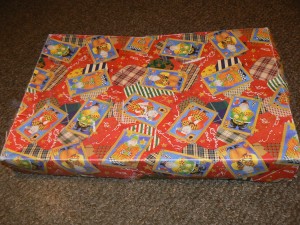 Sometimes it’s the gift wrap that has a story. One Sears Christmas gift box has been re-used in the Morgan home for about 25 years now. It has Christmas symbols and images printed on it, meaning it gives a brief respite to anyone tired of gift wrapping. All they have to do is put the gift in and seal it shut with tape. The box has been through so much that there is probably more tape than cardboard holding it together. A different family member gets the box each year and receiving a gift in it is a great honor. 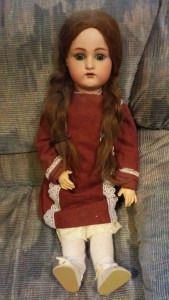 Maevis, a doll with a story. Photo submitted.

Other gifts carry long, emotional stories. Recently, a friend of mine inherited a doll from a deceased cousin who had no children of her own. The cousin’s grandfather was a British soldier in Belgium in World War I. He found the doll clutched in the arms of a deceased child. The soldier took the doll and kept it in his rucksack until the war was over. He returned to England and gave it to her daughter who named it Maevis. The girl kept the doll through childhood and World War II. She married a Canadian soldier in England and moved to Canada after the war. The doll became their daughter’s until she died. My friend and his wife gave it to their granddaughter for Christmas this year. I’ve been told that the entire family was crying once she opened it and the story of Maevis was shared. 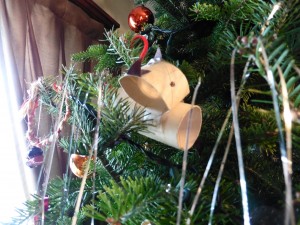 Christmas decorations have stories, too. Many family Christmas trees have ornaments that are from a couple’s first Christmas together, were handed down from relatives, or were made by children as treasured works of art. My Mom began a tradition of giving my sister and I a new tree decoration each year. After 38 years, there’s no space on my parent’s tree for mine. My sister is married and has two children, so her decorations, plus the ones she gives to her children each year, are on their tree. My sister has an elaborate bell, made from a paper cup covered with green foil and a white poinsettia flower that she made in primary school. Her most famous work though is a donkey—like the one Mary rode to Bethlehem, only made from toilet paper rolls. I made a bell in Sunday School once, but my heart clearly wasn’t in the project. It’s a Styrofoam cup, now dented after over 30 years of wear, with two pieces of ribbon taped to it. It hangs from the light in my parent’s dining room every Christmas.

In the Christian context of Christmas, the birth of Jesus Christ is often described as a gift. My nephew Jimmy recently made a Nativity scene out of graham crackers and various types of candy at a children’s event at his church. He’s very pleased with the results and it’s easy to notice the peaceful candy Christ child in a walnut shell manger between the Virgin Mary wearing a blue Fruit Roll-Up veil and a gumdrop Joseph. A column of red jujubes above the graham cracker stable depicts the Star of Bethlehem. That’s a decoration with a couple of stories.  Merry Christmas everyone.

Do you have a memorable Christmas gift or decoration with a unique story?  Please share it in the comment section. 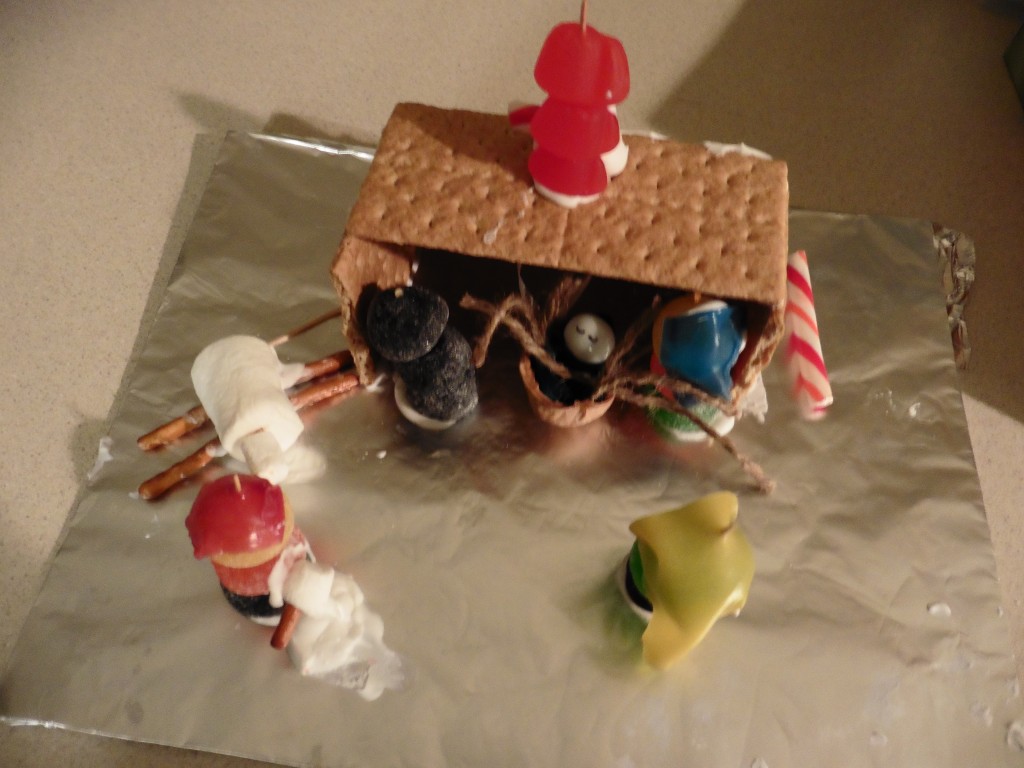