Subscribe
iTunesSpotifyGoogle PlayRSS
by Dale Hobson on May 5th, 2018

NCPR first signed on the air March 7, 1968 and we will be celebrating our Golden Anniversary all year with a lot of special events.

1968 was what you might call a happening time, and not always in a good way. Here are some of the things that happened in May of that year. We’ll start off easy…

In music and film 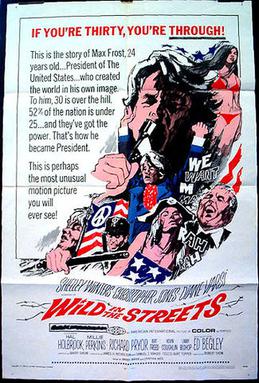 Mrs. Robinson, Lady Madonna, Honey, Do You Know the Way to San Jose, and The Good, The Bad And The Ugly, were all in the Top 10 in the May 1968 pop charts. A British R&B piano player, Reginald Dwight, used the first names of saxophonist Elton Dean and lead vocalist John Baldry to coin his new stage name, Elton John. The Beatles announced the founding of Apple Records. And The Jimi Hendrix Experience, Frank Zappa and the Mothers of Invention, The Crazy World of Arthur Brown, and Blue Cheer headlined the first Miami Pop Festival.

Moviegoers were flocking to see Jack Lemmon and Walter Matthau in the curmudgeonly buddyhood classic,”The Odd Couple,” Frank Sinatra in the neo-noir “The Detective,” and the hippie exploitation film “Wild in the Streets.” Featuring a high-power cast who should have known better, it was based on the premise that youth culture triumphs, 30 becomes the mandatory retirement age, and people over 35 are sent off to camps where they are permanently dosed on LSD. 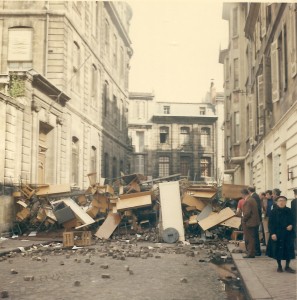 Student demonstrations in Paris that began May 2 spread across the nation, shuttering universities and barricading the streets. Labor unions joined in with 10,000,000 eventually on strike, occupying factories throughout France. The Grenelle agreements of May 27 raised minimum wage by more than a third and factory wages by 10 percent.

The Poor Peoples March on Washington, delayed following the assassination of Dr. King in April, left Memphis on May 2. A ban on debtor’s prisons went into effect under a provision of the European Convention on Human Rights. The United Kingdom – home of Charles Dickens – was one of four nations that did not join the pact. As part of Mao’s Cultural Revolution, the first of thousands of “May 7 Cadre Schools”was opened. They were forced re-education camps where out-of-favor urban elites would labor beside peasants in the fields. 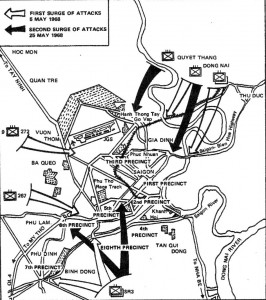 On May 3 U.S. and North Vietnamese representatives met to discuss the format for what would become peace talks to end the war. On May 5, North Vietnamese and Viet Cong troops launched the May Offensive against 119 targets throughout South Vietnam.

The Supreme Court ruled that burning a draft card did not constitute a protected expression of free speech. On May 17, the Catonsville Nine, including Daniel and Phillip Berrigan, took draft records from the Selective Service offices in Catonsville, Maryland and burned them with napalm. George W. Bush joined the Texas Air National Guard and was assigned to the 147th Fighter Group, nicknamed “The Champagne Unit” for its inclusion of the sons of many prominent Texans. 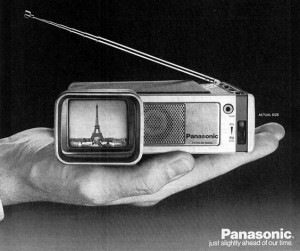 John Boozer of the Philadelphia Phillies became the first player since 1944 to be ejected from a major league game for throwing spitballs. And Jim “Catfish” Hunter of the Oakland A’s pitched a perfect game. The first executive jet, a Gulfstream II, crossed the Atlantic. The company now known as Panasonic released the world’s smallest television set with a 1 1/2 inch screen. It was billed as “small enough to fit in a coat pocket,” but at 1.3 pounds, might require some extra stitching. And Dogpatch USA, a theme park based on the comic strip Li’l Abner, opened in the Ozark Mountains.