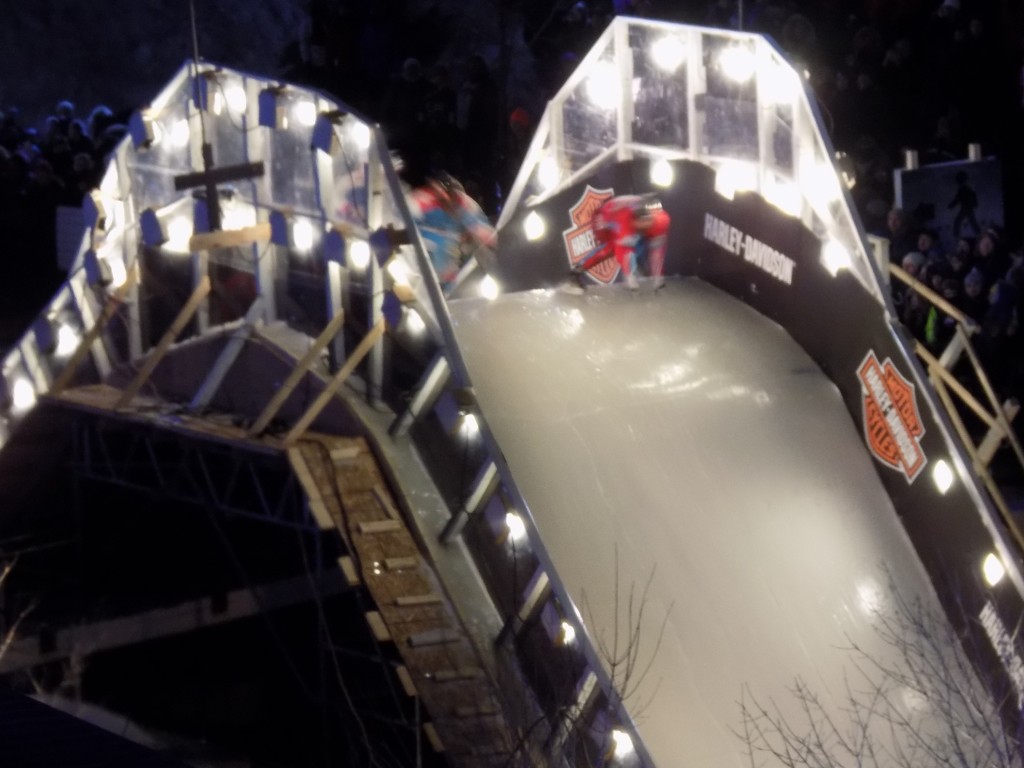 The Red Bull Crashed Ice World Championships gave a whole new perspective to skating on Ottawa’s Rideau Canal.  Thousands gathered on Friday and Saturday in bitterly cold temperatures to watch competitors from all over the world skate downhill, uphill, over jumps, and around tight curves on a specially designed, elevated course over the steep canal locks between the Chateau Laurier and the Ottawa River.

Crashed Ice is the more common name for Ice Cross racing, and judging by the risks involved, the word “crashed” makes a lot of sense. The Ottawa races were the final ones on this year’s international circuit. Several took place in Europe. The single U.S. event was in St. Paul Minnesota, and two other Canadian races took place in La Sarre Quebec, and Bathurst New Brunswick.

The crowds were huge for the event, it was difficult to get a good place to watch.  A special thanks goes to Jean-Nicholas Martineau who had a good viewpoint at the Friday night races and contributed two of the photos. 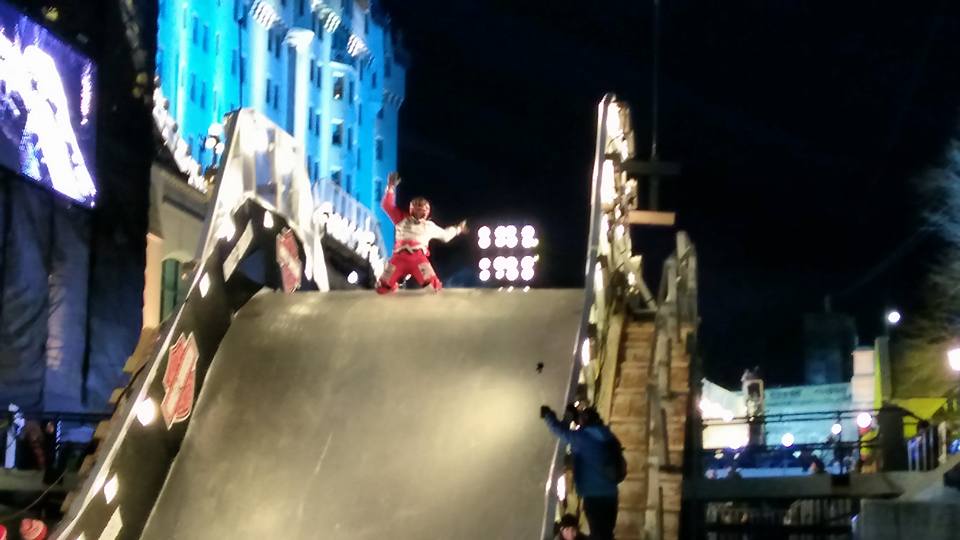 At least this crashed ice racer only landed on their knees. Photo: Jean-Nicholas Martineau 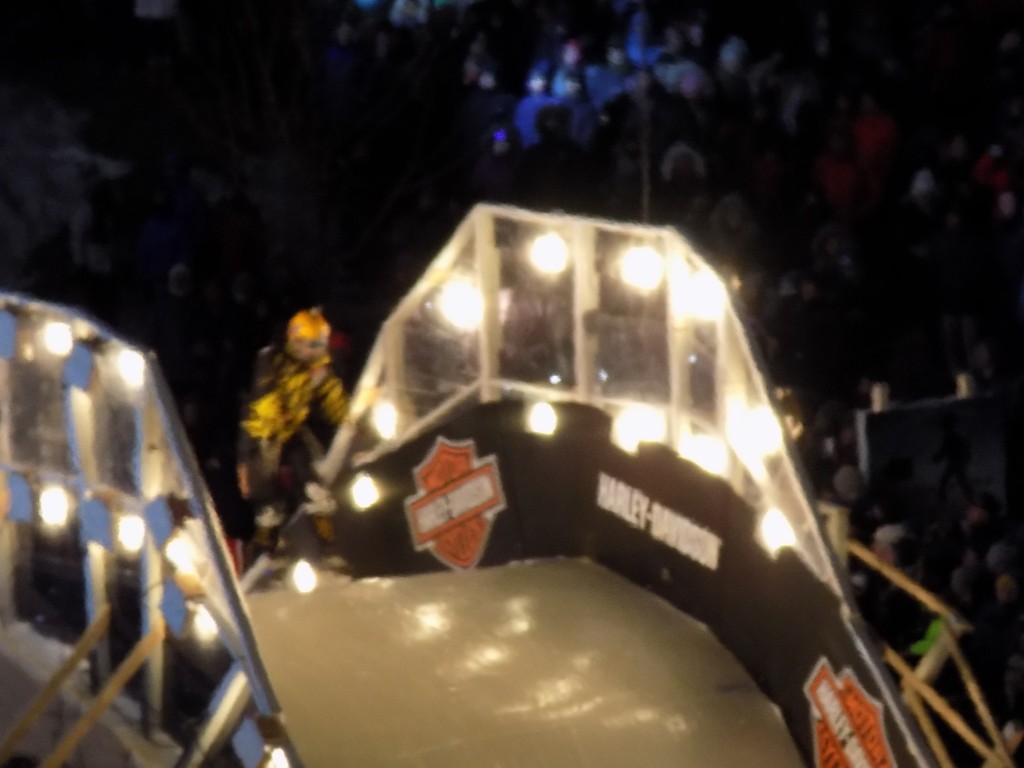 On the brink. Photo: James Morgan 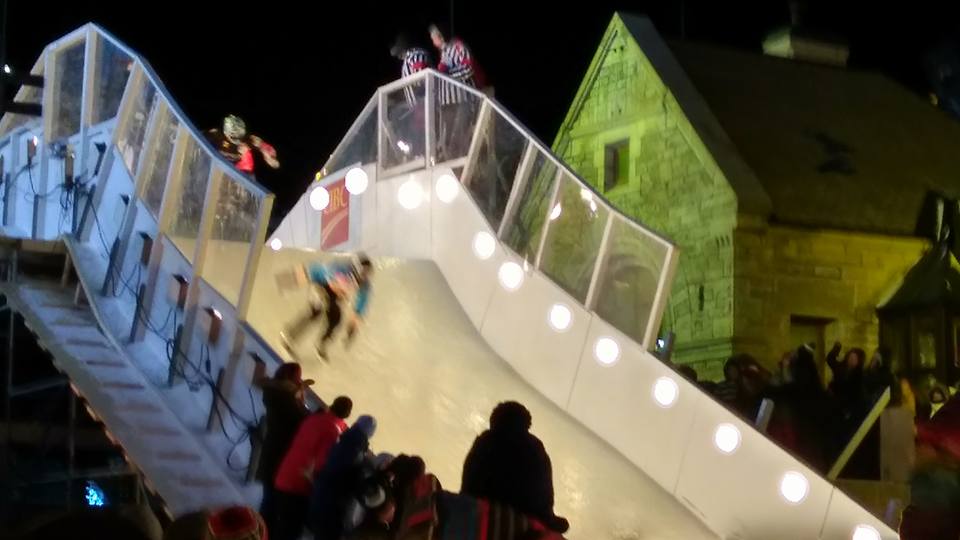 Over the jump and past the referees. Photo: Jean-Nicholas Martineau. 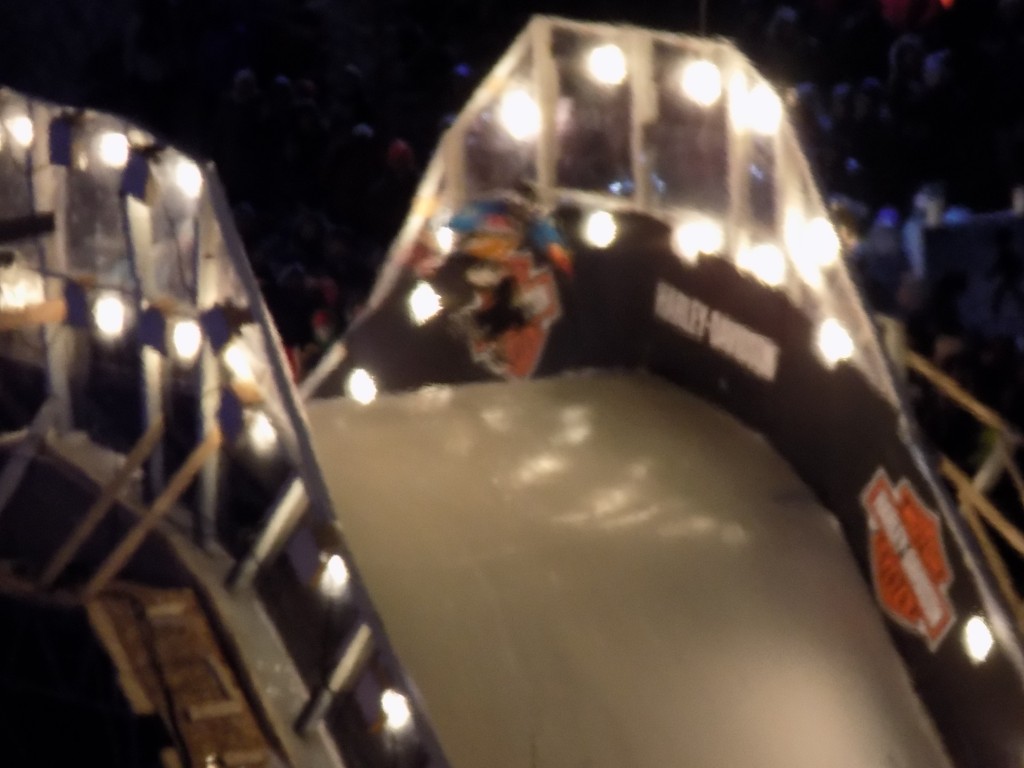 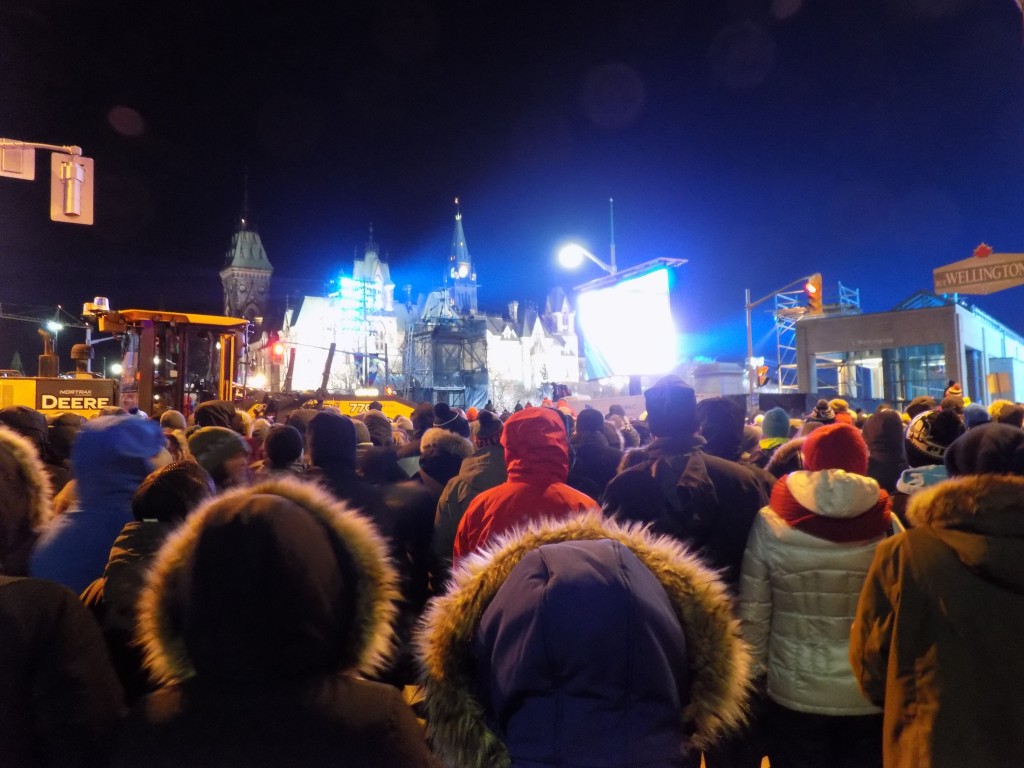 The crowd was so big on Saturday night that thousands of people who could not get close to the canal watched the races on a video screen in Confederation Square.  City crews parked a couple of road graders in the way as a crowd barrier. Photo: James Morgan