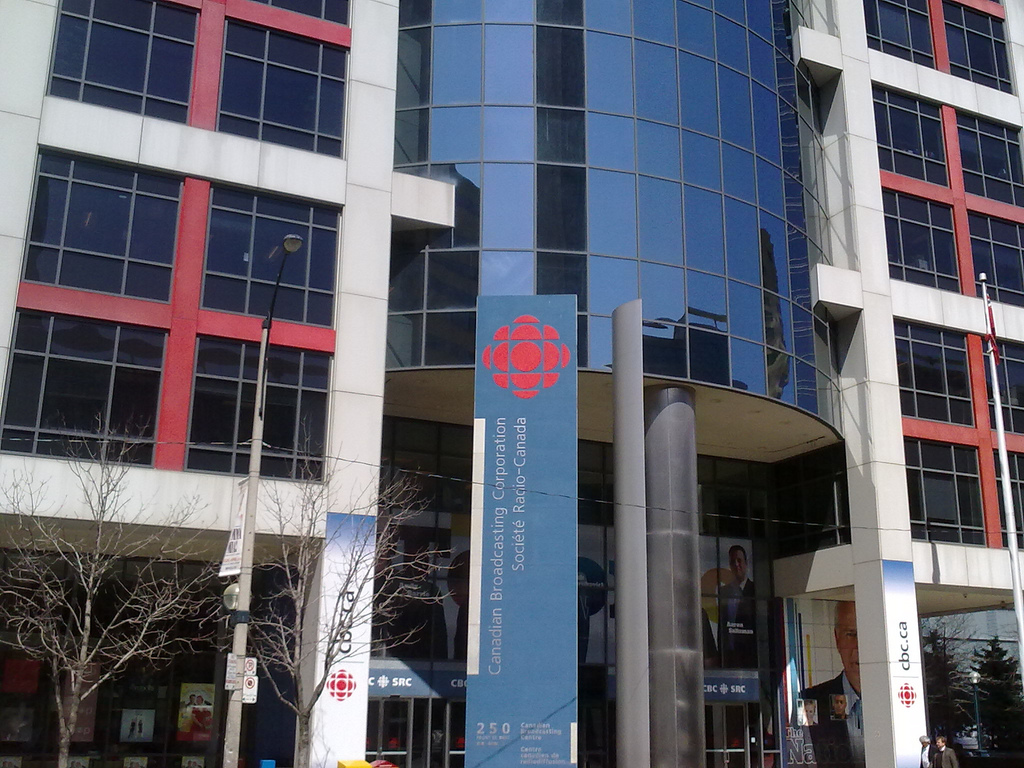 Federal funding is fickle in public broadcasting. In Washington, President Trump’s administrative budget recommends eliminating the $450 million the U.S. government gives each year to the Corporation for Public Broadcasting (CPB). The funding the CPB gets from Washington is then divided among public radio and television stations to supplement the money donated by “listeners/viewers like you.” The CPB was created by the Lyndon Johnson administration in the 1960s. National Educational Television (NET), the forerunner of the Public Broadcasting Service (PBS), started then, too. NPR began in 1971 and many independent, not-for-profit stations became affiliates, including NCPR’s flagship frequency, WSLU.

Without CPB funding, some small public radio stations could lose 50% of their budget, while major market ones would lose only 3 to 5%. NCPR would lose about 13% of its funding.

In Canada, public broadcasting is funded differently. The Canadian Broadcasting Corporation (CBC) is a Crown Corporation (public authority). Parliament allocates a certain amount of the yearly federal budget for the CBC. There is no advertising on CBC Radio, but there is a small amount of advertising revenue on television and digital services. CBC funding has gone up and down over the years, depending on the budgetary desires of the government in office. Funding cuts at the CBC began in the 1980s during Prime Minister Brian Mulroney’s Conservative government. Cuts were deep again in the 1990s under the Jean Chretien and the Liberals. Stephen Harper’s Conservatives also made major cuts to the CBC.

Prime Minister Justin Trudeau’s Liberal government has been increasing funding to the CBC. The government recently announced the 2017 budget and pledged $675 million for the CBC over five years “for world class Canadian content” and “better access to programs and services in the digital area.” The provinces of Ontario and Quebec also have public television services. TV Ontario is funded by a combination of grants from the provincial government and donations from viewers. Télé-Québec is provincially funded and also runs commercials.

Friends of Canadian Broadcasting is a public interest group that advocates for support for broadcast media. Spokesperson Ian Morrison said that public broadcasting in the U.S. has diverse sources of funding, unlike in Canada or other countries where most of it comes from government. He said that in the U.S. it’s impossible for President Trump’s budget plan to entirely cripple public broadcasting, but notes that it already faces financial challenges due to its comparatively smaller audience share. Morrison said however that NPR and PBS have “credibility,” which has created a stable base audience.

Public broadcasters in Canada, like in the U.S., often face criticism that they are “liberal,” or “left-wing.” Ian Morrison said though that among Conservative Party supporters, opinion polling shows that two-thirds of them still support public broadcasting. However, Kellie Leitch and Brad Trost, two of the 14 candidates currently running for the Conservative Party leadership want to entirely eliminate the CBC if they ever become Prime Minister. Self-styled libertarian candidate Maxime Bernier wants to keep the CBC but have it move to a funding model like NPR and PBS currently have. Ian Morrison said that the candidates who want to eliminate the CBC are playing to the party’s right-wing base and do not reflect the opinions of most of the Canadian public.

In an electronic age, governments and citizens have to decide if they want public broadcasting to be part of the institutions that define and showcase their national culture and news.