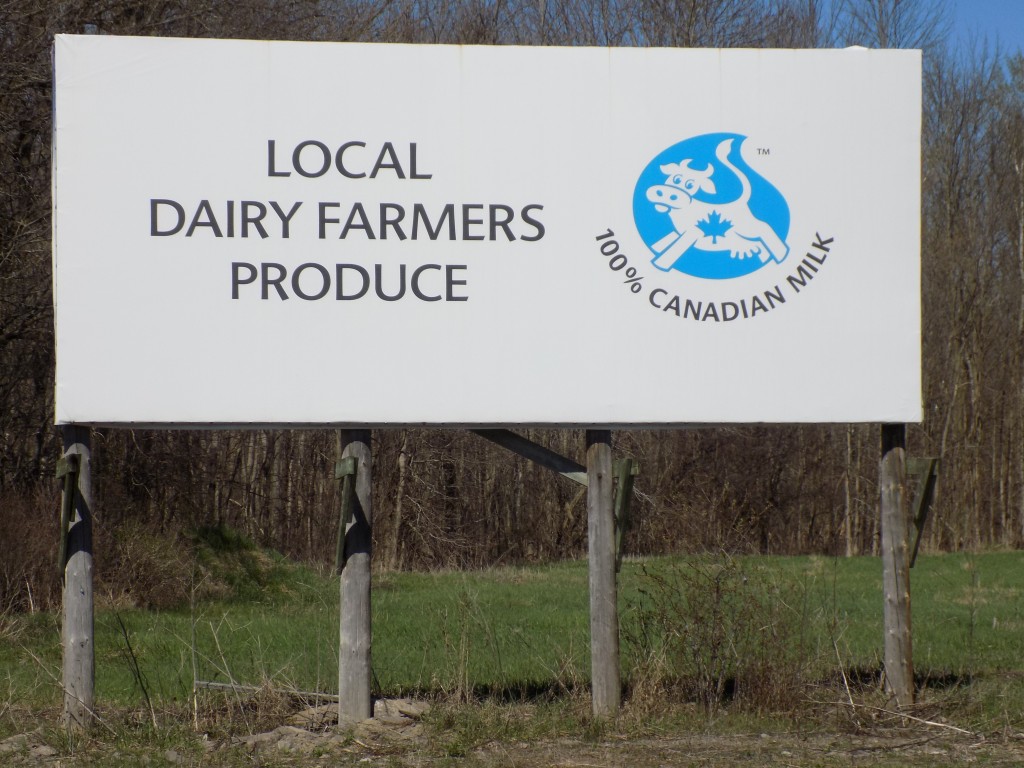 “There’s politics in everything,” I remember my Mom telling me when I was very young. “Politics even made your underwear,” she joked. Politics gets the milk we drink from cows on a farm to our glasses and cereal bowls, too. President Donald Trump recently said he wasn’t too happy about the politics behind the dairy business in Canada, alleging it has hurt the cross-border dairy trade for U.S. farmers. Of course, he had a captive audience because he was speaking in Wisconsin, the state that calls itself “America’s Dairyland” on its license plates.

The main source of Trump’s complaint is over a milk by-product called ultra-filtered milk. It’s a protein-rich substance used in making dairy products like yogurt and cheese. Canada never used to charge a trade tariff on American imports of it, but just over a year ago, Canada created its own incentive to get its dairy farmers to produce milk that could be made into the ultra-filtered product. As a result, imports from the U.S. have sharply dropped, hurting the American dairy industry.

In Canada, the dairy industry has been “supply managed” since the 1960s. That means the milk supply is managed by a government agency. The Canadian Dairy Commission is the main federal organization, and each province has its own counterpart, too.

The Dairy Farmers of Ontario (DFO), is the supply management agency for Ontario and has local branches in every county as well. The DFO decides how much milk needs to be produced based on consumer demand. Each farmer purchases a share of production quota which is auctioned by the DFO, which also sets the price farmers are paid for whatever milk their cattle produce.

The DFO also looks after quality control at the farm level. They have a staff of milk testers who visit farms and make sure the product meets food health and safety standards. Good farmers take it seriously anyway. My brother-in-law is a dairy farmer in Perth County in southwestern Ontario and the milk house in his barn is cleaner than some restaurants I’ve eaten in. “We’re in the food production business,” he once told me. 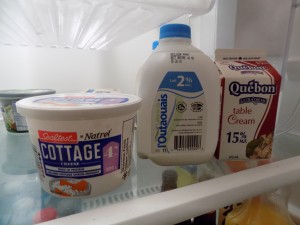 When the bulk tank trucks pick up the milk from a farm, they take it to wherever it is needed based on demand. It’s usually to a dairy plant somewhere reasonably close by, but if demand is higher in another region of the province, it goes there instead. I’ve heard about milk from Perth County being transported all the way to Ingleside, near Cornwall.

Canadians pay more for their dairy products because of supply management. A one-liter jug of 2% milk from a local dairy costs me over $2.00 at the supermarket where I live in Quebec. It’s well under $2.00 for a one quart jug of 2% at Price Chopper in the New York North Country. It costs more here because the supply and money the farmer earns is regulated. In the U.S., prices are lower, but there’s no control over how much milk is produced. That leads to bigger surpluses and occasionally milk just being dumped.

Neither the U.S. or Canadian dairy supply and production systems are perfect. Both have their advantages and disadvantages. And both sure have a lot of politics involved too.