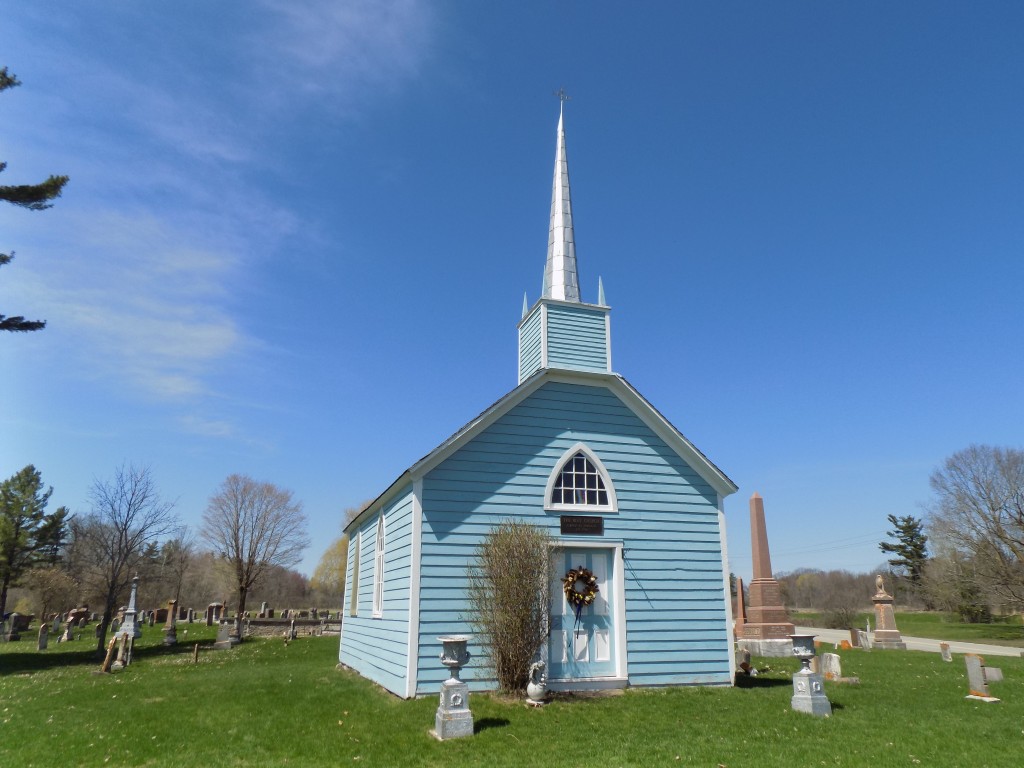 The Blue Church is at the corner of Highway 2 and Blue Church Road near Maitland. Photo: James Morgan

There’s not much new about New Oswegatchie, Ontario. In fact, it even stopped being called that name nearly 200 years ago. Today it’s the sleepy community of Maitland on Highway 2 by the St. Lawrence River, right across from the Town of Oswegatchie in New York, just upstream from Ogdensburg, where the Oswegatchie River meets the St. Lawrence.

During the French colonial times, New Oswegatchie was known as Pointe au Baril, which means barrel point. Exactly how that name got chosen isn’t exactly clear though. The French used the place to make sailing ships and as a campsite. During the Seven Year’s War between England and France, a six-acre fort was built at the site by the French.  They built two small warships, the Iroquoise and Outaouaise.  The English sunk both in August 1760 and the French surrendered. 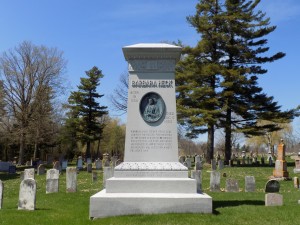 The war ended in 1763 but no major settlement happened at the site until 1784. The United Empire Loyalists had resettled in Upper Canada after the War of Independence in the U.S. They liked being British and weren’t keen on the idea of an American republic. A group of Loyalist settlers arrived in the area that summer and called the place New Oswegatchie.

The most prominent citizen of the little colonial settlement was Barbara Heck. Contrary to the popular image of Loyalists, she was neither Church of England/Anglican (Episcopal) by religion or totally English in ethnic heritage. Her protestant ancestors had left Germany, relocated to England, and then to colonial New York. Barbara and her husband Paul settled in New Oswegatchie in 1785.  Despite being a Loyalist, she had theological differences with the established Church of England. She started Methodist Bible classes and organized for Methodist ministers to visit the area to preach, and eventually establish churches. As a result, Barbara Heck is considered “the mother of Methodism in North America.” She died in 1804. The main Methodist Church in Canada unified with most Congregationalists and Presbyterians to form the United Church of Canada in 1925. However, several other church organizations based on Methodist theology still exist. 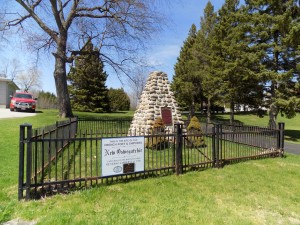 In 1818, one of New Oswegatchie’s original settlers, Ziba Phillips, got permission to establish a proper townsite. He renamed the place Maitland after Sir Perigrine Maitland, the Lieutenant-Governor of Upper Canada at the time. 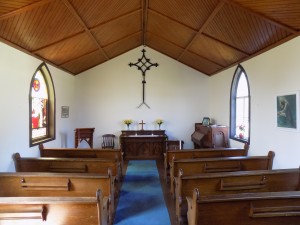 The cemetery in Maitland is the most prominent reminder of New Oswegatchie’s past. Barbara Heck is buried there and a large monument stands in her honor. Just a few yards away is the Blue Church.  It wasn’t built by Methodists, but by Anglicans. The first Blue Church was built in 1809 but closed in 1826 when the nearby St. James’ Church was built. The original Blue Church was de-consecrated and fell into disrepair. In 1840, it partially burned and was demolished. However, in 1845 a new tiny Blue Church was built and still stands today. It doesn’t hold regular services, but it’s available for non-denominational weddings and the Anglican church sometimes uses it for services. The church still doesn’t have electricity and there’s an old pump organ in the corner. There are only eight rows of pews. The windows are all simple clear glass except for one beautiful stained glass example. In the 1970s, Ontario Hydro considered building a nuclear power plant on the Blue Church site. Fortunately, that plan was canceled.

New Oswegatchie is an old place. From the French colonial days to the Loyalists, Barbara Heck, and the Blue Church, it’s an interesting place in the history of eastern Ontario’s settlement.

1 Comment on “French and Loyalist history at New Oswegatchie”