Subscribe
iTunesSpotifyGoogle PlayRSS
by James Morgan on May 13th, 2017 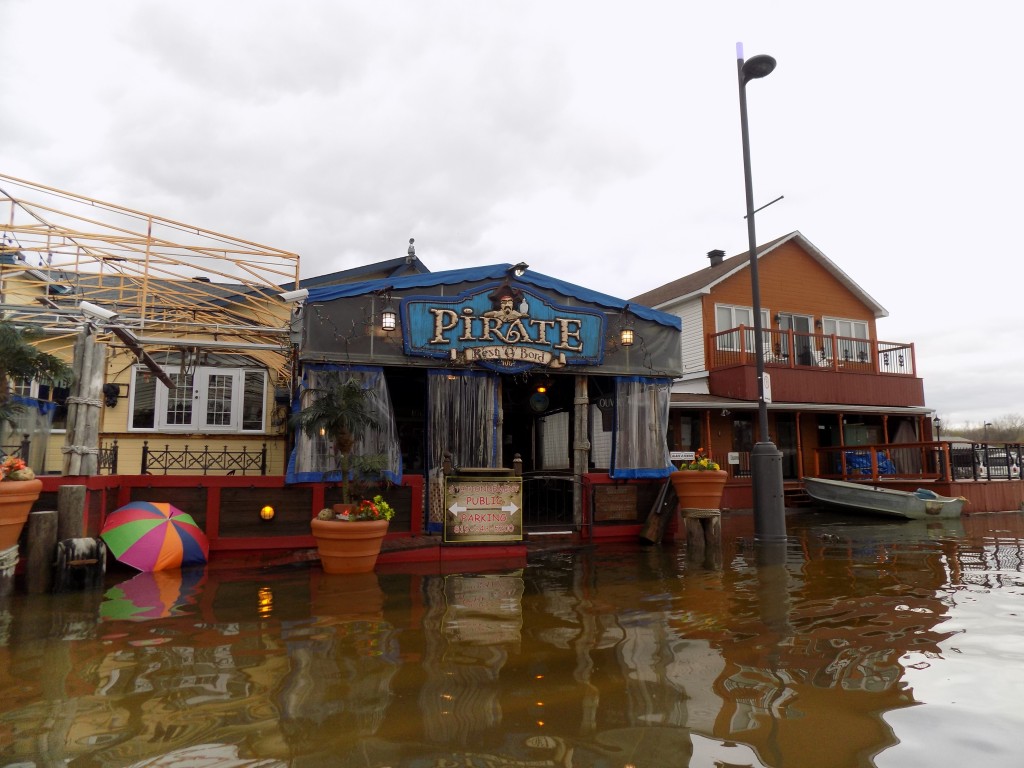 The flood staged a mutiny over the Pirate Bar on Jacques Cartier Street, fronting the Ottawa River. Photo: James Morgan

Gatineau, Quebec is drying out.  The worst flood in decades hit the city in the past week, affecting nearly 1,000 homes near the Ottawa and Gatineau Rivers.  Serious flooding has also affected communities on the Ontario side of the Ottawa River.  In Gatineau, just over 200 homes were voluntarily evacuated, but many residents stayed because evacuation was not mandatory.  Flooding was already getting serious in riverfront neighborhoods due to higher than usual rainfall and spring melting.  Last weekend, over three inches of rain fell, making the situation even worse.  100 Canadian Army soldiers were deployed to Gatineau over the weekend to assist.  I live about four blocks from some of the hardest hit areas and anxiously watched the weather all weekend.  Fortunately, my street was safe.  The water levels peaked on Monday and are slowly going down now. 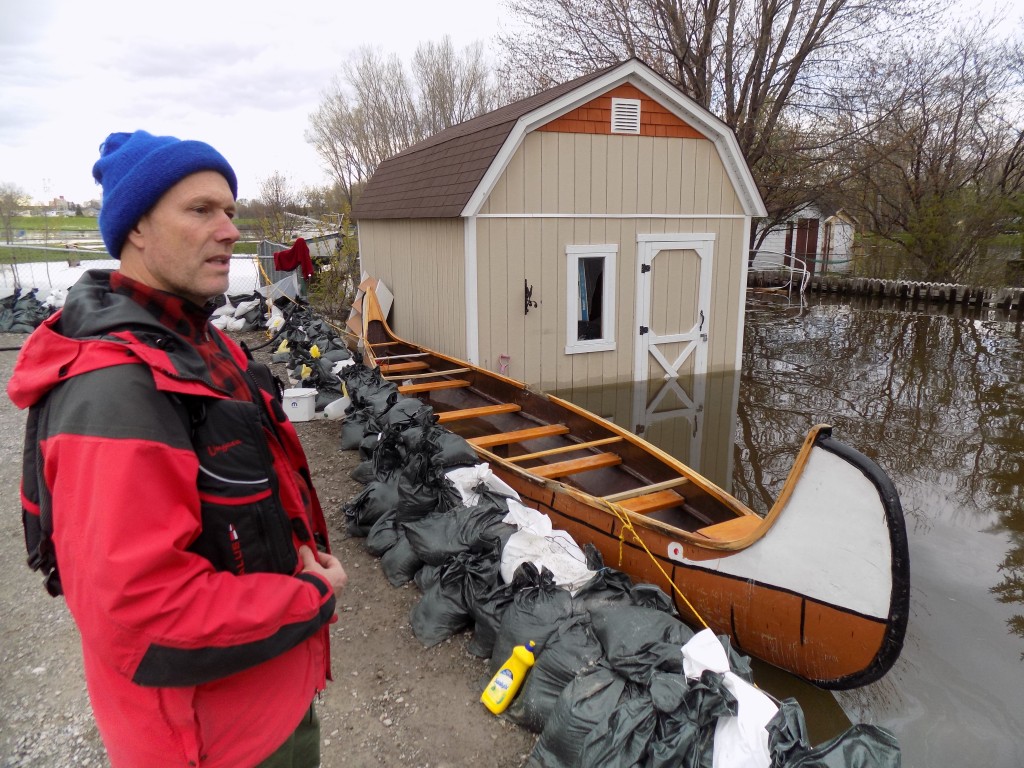 John Savage and one of the Voyageur-style canoes used to deliver sandbags in his neighborhood. Photo: James Morgan

Every home and business on the waterfront along Jacques Cartier Street was been affected by the flood.  Standing on a dry patch of road on Tuesday, I got talking with John Savage.  He’s an avid canoeist with a strong interest in urban development.  He said that the homes along Jacques Cartier Street could have been better protected from the floodwaters if the city had built an actual berm or levee between the street and the riverbank when the waterfront was redeveloped last year.  Savage also said the city authorities seemed slow at delivering sandbags to the neighborhood and the army only appeared once.  He got two big Voyageur-style canoes from a tourist outfitter he knows and the neighbors used them to carry sandbags to their properties.

I climbed into a smaller 17-foot canoe with John Savage and he took me on a tour of the street.  We went to his house and he showed me the now dry, but very damp basement.  Everything that was in it was rescued and stacked upstairs in the living room.  Savage’s house will be fine, but he showed me several older homes along the street that will likely be torn down. 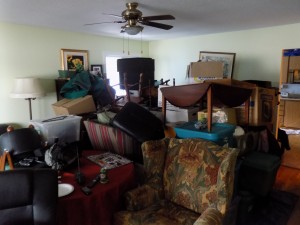 When the basement flooded, John Savage moved everything upstairs and stacked it in the living room. Photo: James Morgan

Hundreds of people gathered in a school auditorium on Wednesday evening to find out how they can get disaster relief assistance from the Quebec government.  In the long line outside, I heard people sharing stories of the damage at their homes.  A man said the water was up to his waist in his house.  Inside, I talked with a woman from Hurtubise Street who said her entire basement was full to the ceiling, the basement stairs began to float, and then the water went another foot higher in the main floor of the house.  The army evacuated her, her spouse, their dog and two cats.  They managed to get their RV out and lived in it for a few days.  She said the Red Cross was extremely helpful in providing food and accommodation.  She said they moved to a hotel and was thankful to have a proper shower and bed again.  Her spouse said that due to the riverfront location of their house, their insurance does not cover flood damage. 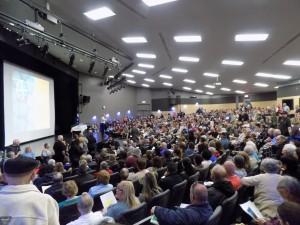 An employee from Quebec’s Civil Protection Agency talked to residents at a meeting about how to get disaster-relief assistance. Photo: James Morgan

Gatineau Mayor Maxime Pedneaud-Jobin began the meeting.  The mayor has been criticized for doing too little, too late in responding to the flood.  There were random boos from the audience while he was introducing an official from the Quebec government who explained to residents how they can apply for disaster relief assistance.  In addition to high water levels, the disaster has also led to a flood of emotions.  It’s going to take a while for those to subside too.