Subscribe
iTunesSpotifyGoogle PlayRSS
by Paul Hetzler on May 7th, 2017

Here is a forecast the entire region can bank on: this spring will be characterized by pollen storms, and in a related development, it will rain helicopters this summer. Don’t panic—it has nothing to do with aircraft. It has everything to do with stress.

Short-term, moderate stress—for example, an article deadline—can be a positive force because it pushes one to act. However, we have all heard about the ill health effects of undue stress: weight gain, increased risk of stroke and heart attack, difficulty concentrating, and more. We also know that other animals respond to pressure in many of the same ways humans do (although they are seldom motivated enough to meet writing deadlines). 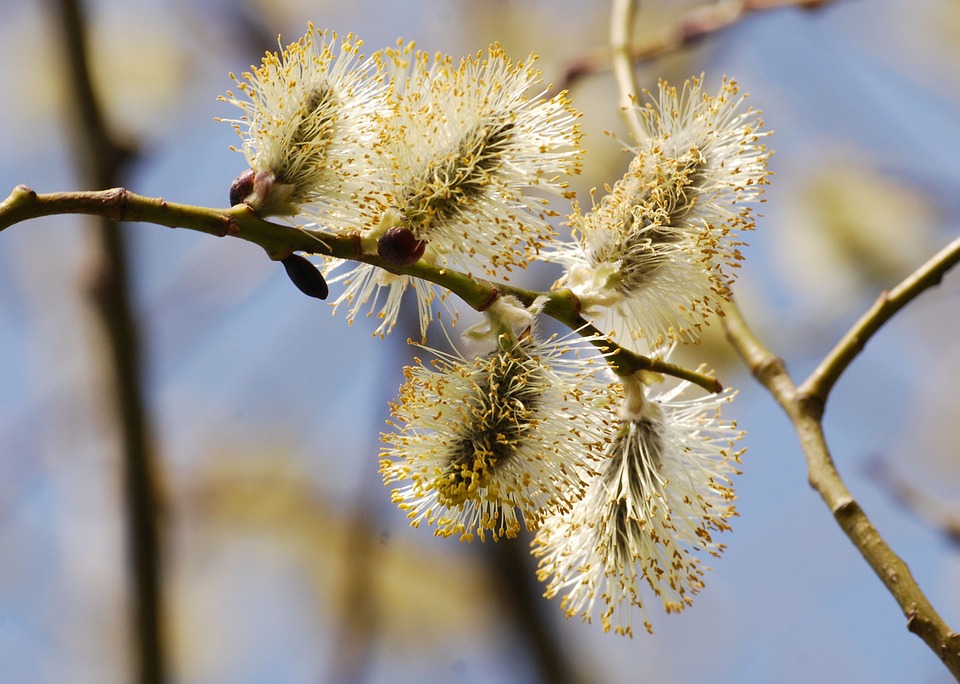 But if you have ever wondered what stress does to trees, well, you’re in the minority, that’s for sure. This spring, though, we are all experiencing the results of tree stress in the form of high pollen loads. Most trees are wind-pollinated, which means their flowers are drab, because they merely have to attract the wind, which is way easier than attracting bees, something that requires nectar and bright colors and such. It also means their pollen is light, and travels far and wide. Even though it is barely noticeable, many willows, elms, maples, and poplars are in flower right now, and unless it is unusually rainy over the next few weeks, we will be breathing a lot more tree pollen than in most years.

Obviously, trees do their reproductive thing on a regular basis, or they wouldn’t still be here. Trees like willow and poplar flower every year. Others such as maple, oak and beech may produce few if any flowers for one or more years, followed by a “mast year” in which they bear a heavy seed crop. While mast years may occur once every two to seven years, 2017 is a much more uncommon situation.

This year, many hardwoods are pushing out flowers far in excess of any mast year. Heavy seed production following severe stress, known as a distress crop, is well-documented in forest stands under significant threat by pests, diseases or drought. It appears to be a bid to keep the species going at the expense of the current generation of trees. Sugar maples in particular are bearing a distress crop, something we do not generally see in the Northeast. 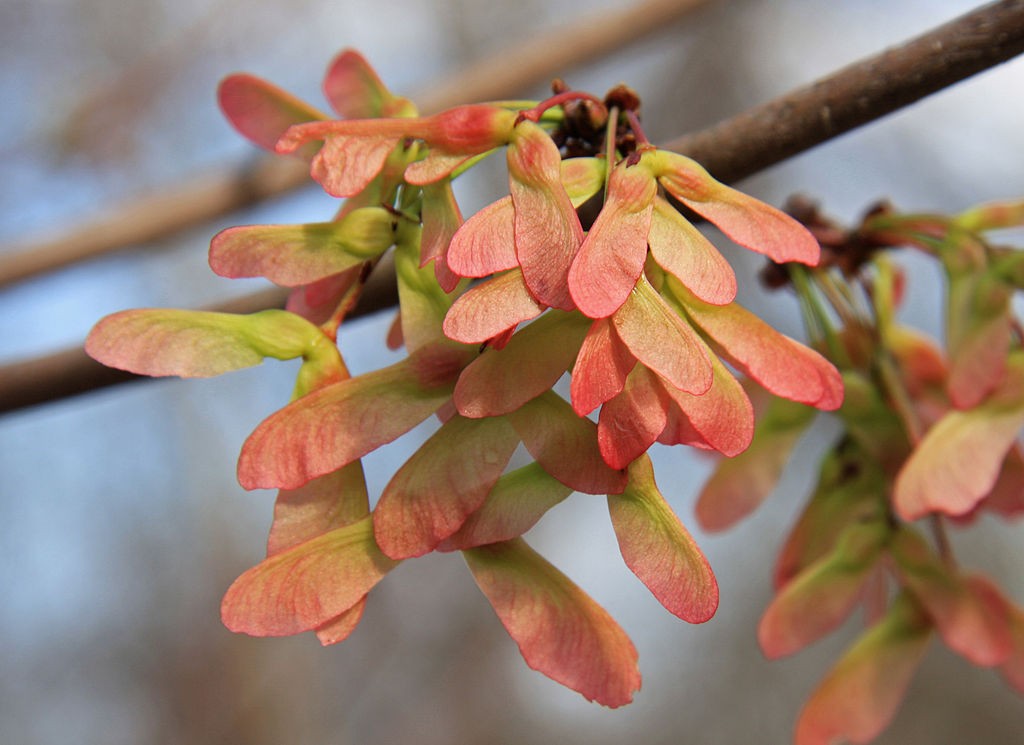 Red maple “samaras” (if you’re an arborist) or “helicopters” (if you’re a kid). Maples are producing a bumper supply in this year’s “distess crop.” Photo: Dcrjsr, Creative Commons, some rights reserved

It’s in the middle of the growing season that trees “choose,” based on how much energy they have squirreled away in the form of stored starch, how many flower buds will bloom the following year. In other words, the relative abundance of flower buds reflects the conditions of the previous summer. This makes perfect sense: a tree makes only as many seeds as its energy budget will allow. During a year with plenty of moisture and sun, it will set loads of flower buds, and in a dry year, not so many. There is an exception to this pattern, however.

A distress crop is different in that the accounting department is left out of the loop. If conditions are stressful to the point that a tree’s very survival is threatened, it gets triggered to release stored food reserves to make an ultra-heavy seed crop, even if it needs those reserves to survive the next year.

Forester Michael Snyder, Commissioner of the Vermont Department of Forests, Parks and Recreation, explains it further in a 2011 article in Northern Woodlands magazine:

“Now why would a stressed tree add stress by running down its reserves that could otherwise be used for growth or to recover from the original stress? …trees need to produce seed to pass along their genes and perpetuate their kind. This is the biological imperative. It is so important that heavy seed production may be triggered in some trees as a reaction to significant, threatening stress…and they react to impending doom by shifting their precious and hard-won resources away from their own growth and focus on the next generation.”

The last time we saw a distress crop was in 2013, following the unprecedented (in terms of low soil moisture) drought of 2012. Sadly, 2016 was even worse, with soil moisture at record lows in many parts of NY State, including portions of St. Lawrence and Jefferson Counties. On sites with thin soil, the effect was that much more severe. This is not to say we will lose maples and other trees showing distress crops this year, but it does indicate they are under tremendous stress, and will be more vulnerable to secondary agents such as pathogens and insects.

In 2013, we saw the spent flowers drop from sugar maples in such quantities that they filled gutters, and even clogged storm drains in some villages, leading to temporary road flooding. The mass of flowers that slid from my roof into the rain barrel in May 2013 reminded me of clots of seaweed washed up on a beach after a storm. Very likely we will have a similar performance again this year. 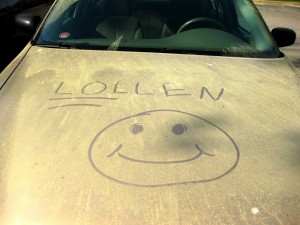 Again, barring a very rainy spell during maple pollination, there will be a shameless excess of helicopters this summer. For several reasons, maple seeds are of particular interest. I guess it is their aerodynamics that grab my attention. Known to botany geeks as samaras, maple seeds have a broad wing that makes them spin, helicopter-like, as they fall, prolonging their flight and allowing them to travel some distance.

In most cases it’s a one-way flight, although many children, mine included, go through a phase where they’ll scoop handfuls of these winged seeds—along with the requisite amount of dirt—and fling them aloft, delighted with their helicopters. But maybe there’s an app for that now.

In addition to the imported Norway maple, we have four native species of large maples—sugar, red, silver, and boxelder (surprise, that’s a maple)—and several understory maples as well. All of these produce helicopter seeds. One of the side effects of tree seeds is, well, baby trees. Next spring should be fun as the maple seeds germinate and a Lilliputian maple forest sprouts everywhere.

Don’t be alarmed if your maple tree browns up a bit later in the spring; that is just from the seeds maturing and drying out. Then, move over Sikorsky: it’s going to rain helicopters in northern NY. Before you break out the shop-vac and power broom, though, I recommend you get out with the kids in the non-virtual world and get a few helicopters in your hair.