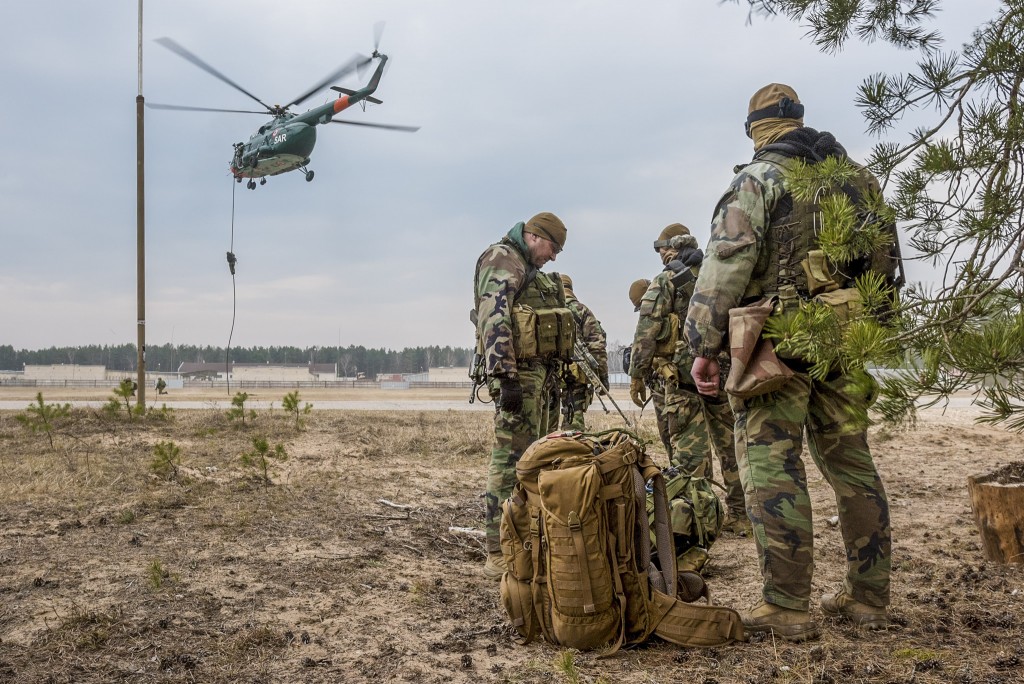 Members of the 3rd Battalion of The Royal Canadian Regiment deployed as part of a NATO mission in Latvia. Photo: Photo: Land Task Element, DND

Canada has never been known as a great military power. The Canadian Armed Forces has just over 68,000 active personnel and 32,000 reservists in the army, air force, and navy. Approximately, only 2,000 members of the CAF are deployed outside of Canada right now.

Canada has never been known for its bold and aggressive foreign policy either. The approach in recent decades has trended towards what’s called “soft power,” which means a preference for discussion, negotiation, and consensus building. Canada has never shied away from diplomatic influence, but it’s never been a heavyweight in the area, either.

If plans recently announced by the federal government go ahead, we could be seeing a bolder Canadian foreign policy and a larger, better-equipped military to match it. 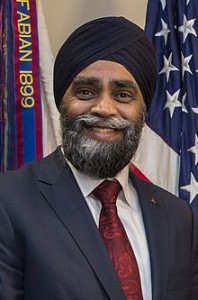 Minister of National Defence Harjit Sajjan recently announced a new defence policy for Canada. If it gets implemented, the annual budget will go from the current $18.9 billion to $32.7 billion by 2026-27—a 70% increase. Regular forces will increase to 71,500.

The Royal Canadian Air Force (RCAF), and Royal Canadian Navy (RCN), which have been dealing with inadequate and outdated flying and floating equipment for decades, have also been promised the help they need. 88 new fighter jets were promised for the RCAF and 15 new ships have been pledged for the RCN. Army Special Forces are also supposed to get new equipment. There are also plans to get Canada formally involved in cyber-warfare and have a permanent armed drone capability.

So, why is Canada suddenly talking big and bold on defense? The short answer is terrorism and Russia. Sajjan referred to both when he announced the new policy. Extremist organizations such as ISIS or its sympathizers are a concern, but Russia has been more aggressive in recent years, reviving Cold-War era tactics that are an ominous signal to Canada, which shares an arctic boundary with Russia.

So, the new policy also aims to strengthen Canada’s commitment to NATO and NORAD—the Northern Air Defence system it jointly operates with the US. The new policy was announced a day after Global Affairs Minister Chrystia Freeland announced Canada would take a more aggressive approach in its diplomatic efforts, again referring to extremism and Russia as the two main reasons.

The bolder approach by Canada is already being shown. Canada is currently leading a NATO mission in Latvia to protect the small Baltic country from Russian interference. It’s the first time since 1994 that Canada has had an established military presence in Europe.

Policies are just policies though. They have to be put into action with legislation, regulation, and budgets to back them up. That could be the biggest challenge for the Liberal government.

The new foreign and defense policies were announced at the mid-point of the term. The next election is two years away and the outcome could change policies again.

The Opposition Conservative Party is skeptical of the Liberal’s defense plans. MP James Bezan said the Trudeau government doesn’t have credibility on defense because it has not fulfilled any other promises it previously made regarding it. The left-leaning New Democrats have been quiet on the matter. It will depend on the slowly churning machinery of politics and bureaucracy if Canada’s defense and foreign policy plans become reality.