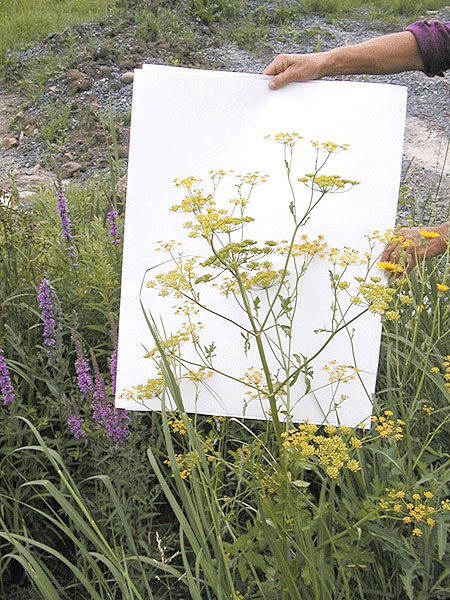 Summertime is the eight-week (give or take) interval for which most of us wait all year, the season for beaches, barbeques and back-country rambling. And it is also a time to watch out for burns: sunburned skin, blackened burgers, and vindictive vegetables. My best advice, respectively, for these dangers is: SPF 50, stay focused on that grill, and read on.

I know that vegetables are not really vindictive, but it sounds crazy to talk about them as a burning hazard. There are a number of plants whose sap can cause serious chemical burns, and one of them is a common and widespread invasive species, the wild parsnip.

A member of the same family as Queen Anne’s lace, wild parsnip generally reaches a height of between three and seven feet. From late June through mid-July, it is topped by pale greenish-yellow, umbrella-like flower clusters, which form seeds around the end of July. Wild parsnip can be found in vacant lots as well as in yards and gardens, but because it’s so effectively spread by mowing equipment, mile upon mile of it can be seen along northern NY State roadsides.

The root of this weed is in fact edible. It’s genetically identical to the parsnip we might plant in our garden. So what exactly is bad about wild parsnip? 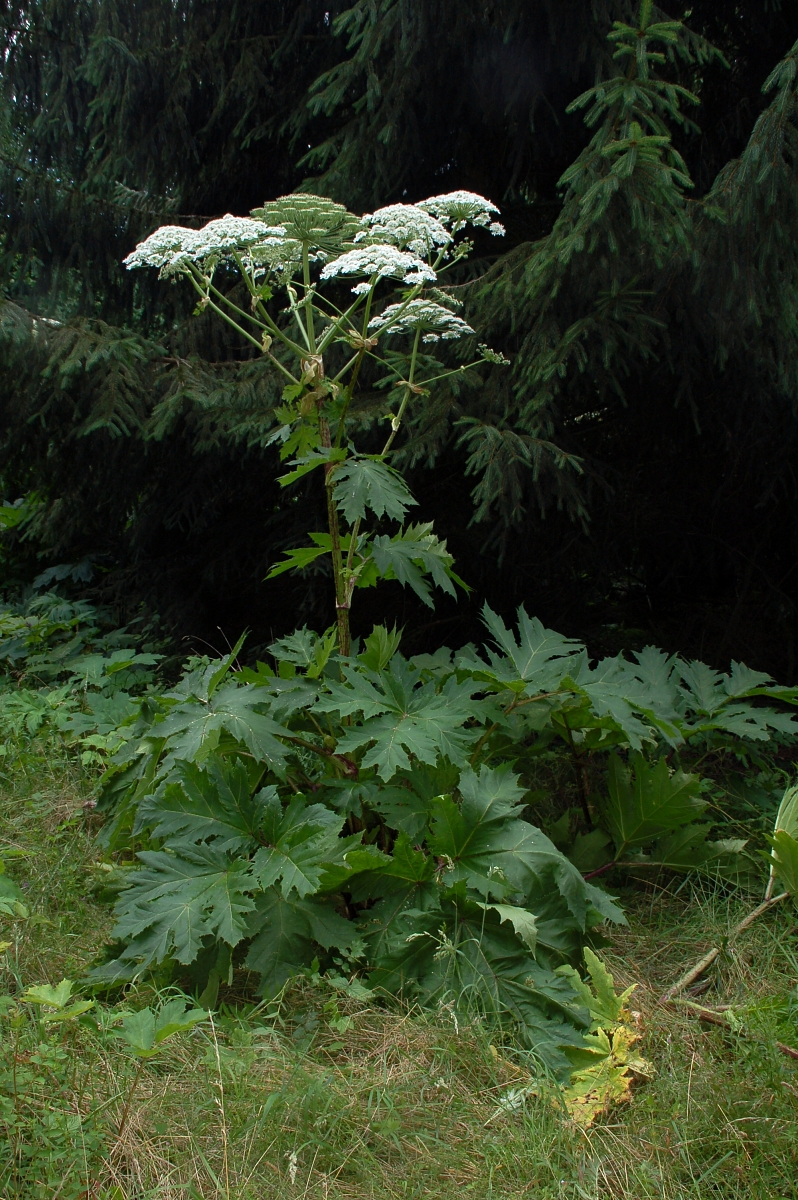 Giant hogweed gets a lot of press due to the fact that, well, it’s giant. A flower which grows 15 to 20 feet in one season is impressive. And hogweed is scary, too, because its sap is phytophototoxic. The tongue-twister word means if its sap gets on your skin, it reacts with sunlight to cause second- and third-degree burns. Such burns often take months to heal, and may actually leave a permanent scar. If sap gets in one’s eyes it can even cause blindness.

Well guess what—wild parsnip sap does the same thing. It’s a small consolation, but you can’t get burned by merely brushing up against wild parsnip—a stem or leaf must be broken to expose the sap. And after the plant dries it is safe to handle, unlike poison ivy, which can cause a severe rash even if you dried it for a couple years (which is unlikely, but if you were considering it, be warned). All the same, it’s probably a good idea to wear gloves and long sleeves when handling wild parsnip.

As everyone knows, when fighting a zombie, you grab a shovel and aim for its head. The same with wild parsnip, except you aim for its feet. It has a taproot That’s tough to pull out, but it is easily cut with a shovel. It’s not necessary to get the whole root—just dig as deep as you can to sever the taproot, pry up until the plant tips over, and it will die. You don’t even have to touch it.

If you’re hopelessly outnumbered by wild parsnips, at least mow them—wearing protective clothing and eyewear of course—to keep them from making seeds. But unless you have a Level-A Hazmat suit, don’t use a string trimmer on it. Mowing will buy you some time to muster shovel-wielding townsfolk (pitchforks and torches are optional) to help you.

Glyphosate, the active ingredient in herbicides like Roundup, is effective against wild parsnip. Herbicide is most effective when used on first-year plants (“rosettes”), ones which have no flower stalk, in late summer or early fall. Spraying early in the season will kill the top but not the root, so the plant may come back if treated in spring or early summer.

I hope you have a safe and enjoyable summer, and that the only scorching you encounter is that walk across the hot beach sand.