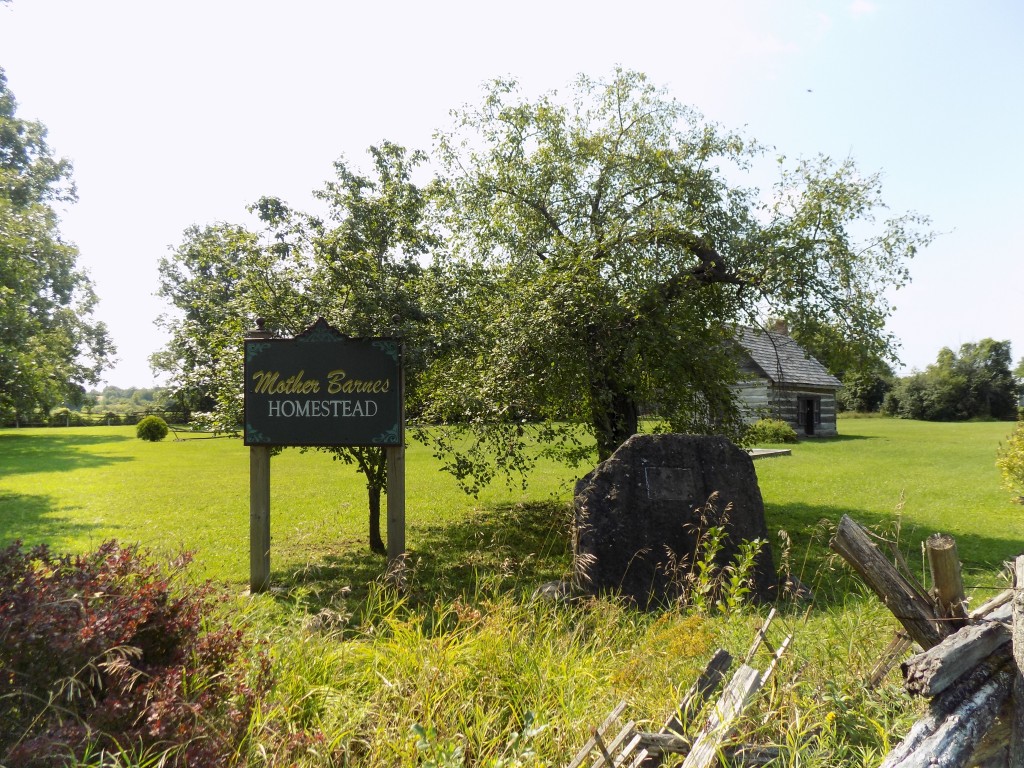 Rural Ontario has always had its mystics. In Ontario’s Leeds County, it was Elizabeth Barnes, better known as Mother Barnes, the Witch of Plum Hollow. Her date of birth is unclear. Some sources say 1794; others say 1800.

She was from Cork in Ireland. When she fell in love with a young sergeant named Harrison her father, a colonel in the British Army, disapproved. So the couple eloped and moved to what was then Upper Canada. When Harrison died a few years later, Elizabeth married David Barnes, a shoemaker who had moved up from Connecticut. The couple ended up having nine children; six sons and three daughters.

In 1843, the family relocated to Sheldon’s Corners in Kitley Township, north of Brockville, not far from Lake Eloida and the village of Plum Hollow in the amusingly-named Bastard Township.

Barnes eventually left his wife and Elizabeth needed money to support her large family, so she turned to fortune telling, reading tea leaves and charging her customers 25 cents each—a large sum in 19th century Ontario. Her talents earned her the title “The Witch of Plum Hollow,” even though she did not live in Plum Hollow itself. She was the seventh daughter of a seventh daughter and was also alleged to be part Spanish gypsy, which was credited as the source of her “sixth sense.” 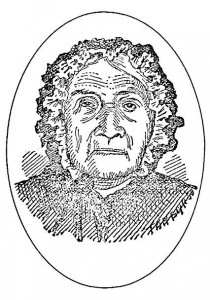 A sketch of an elderly Mother Barnes. From Leeds and Grenville: Their first two hundred years, 1967.

Mother Barnes was a diminutive woman, barely five feet tall. She did tell a few tall tales though when it came to fortunes. People traveled from all over Canada and the North Country of New York to consult with her. Her more local cases involved finding lost livestock and solving crimes. A man named Morgan Doxtater disappeared in Charleston Lake. Mother Barnes directed the searchers to the place where his murdered body was found.

Her most famous customer was a lawyer from Kingston and aspiring politician named John A. Macdonald. The Witch of Plum Hollow told him that he would become the leader of a new country and that its capital would be at what was then known as Bytown, in those days a gritty lumber town. In 1867, the Dominion of Canada was formed. Bytown is now Ottawa and the capital city, and Sir John A. Macdonald was the first Prime Minister of the new country. Mother Barnes had earned her quarter.

Elizabeth Barnes died in 1886 and was buried in an unmarked grave in the Sheldon’s Corners cemetery.

In 1892, local writer Thaddeus William Henry Leavitt published his short novel, The Witch of Plum Hollow, featuring Mother Barnes and her “sixth sense.” Today, her little cabin still stands behind a rail fence along Mother Barnes Road, just west of County Road 29. It’s on private property, and is posted with “No Trespassing” signs. Visitors cannot go inside, but they can park beside the road and have a look at this piece of the past along the back roads of Leeds County.