With recovery just getting started from Hurricane Harvey and with Hurricane Irma set to unleash its 24 megatons of fury upon the residents of Florida, the word “apocalyptic” has been showing up in my news feeds a lot lately. And that’s with Mother Nature overshadowing the news of North Korea’s detonation of its first hydrogen bomb. 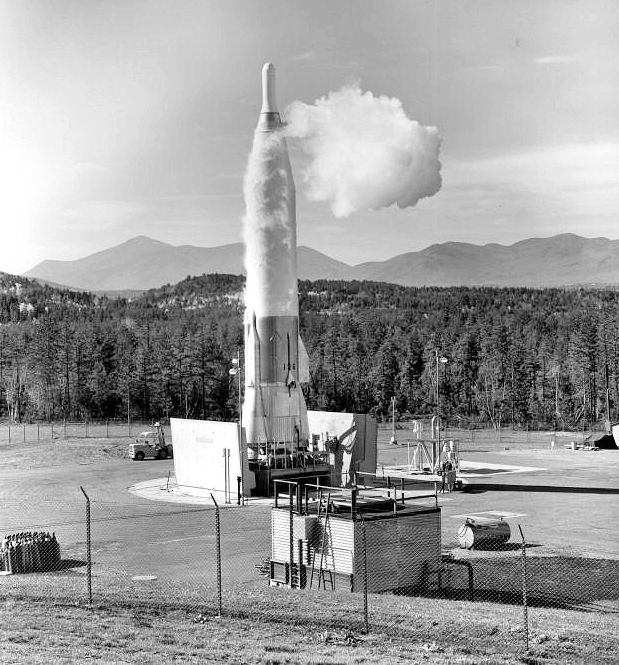 Nuclear bombers of the Strategic Air Command were based in Plattsburgh and Rome. Altas missiles, America’s first ICBMs, brought their 2-megaton payloads to unlikely places like Au Sable Forks. And where NCPR’s transmitter is on top of Blue Mountain was a DEW Line radar installation, home to unlucky souls watching every minute for Russian missiles and bombers approaching from over the Arctic Ocean. I used to go to sleep to the sound of the ready flight, a nuclear-armed B-52 from Plattsburgh, flying loops around the North Country, ready to head over the pole on a moment’s notice.

The year I was born, 1953, was the year the U.S. and Russia both detonated their first hydrogen bombs. The Union of Concerned Scientists set their “Doomsday Clock” forward to two minutes to midnight, the closest to Doomsday it ever got. As the Cold War waxed and waned it was reset, once as far back as 17 minutes to midnight after the fall of the Soviet Union, but it has been ticking forward every since. Right now? Two and a half minutes to midnight.

In Texas people are just awakening to how much their lives have changed. In Florida, they scramble for gas and food and lumber and shelter space, waiting for the wind and water to rise.

And on the Back Hannawa Rd. in Potsdam I have a vivid memory of my younger self, drawing rings of total destruction with my back-to-school compass around likely targets on a gas station map of the North Country.

3 Comments on “Watching the (Doomsday) Clock”