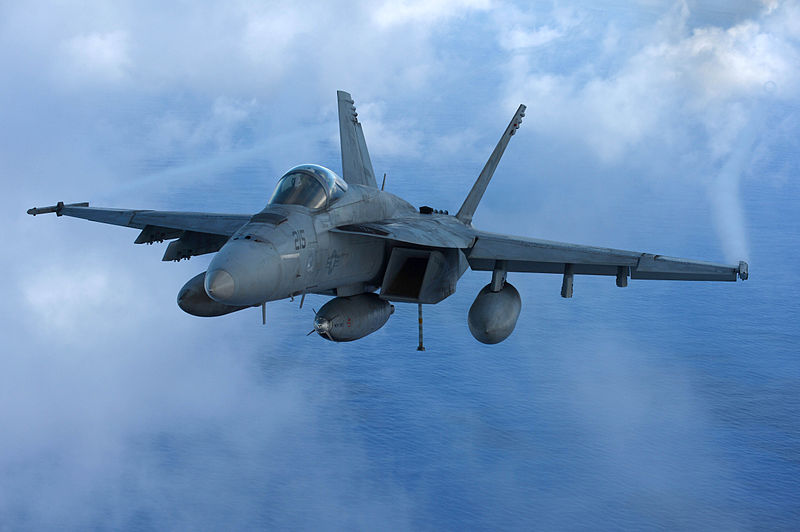 F/A-18E Super Hornet aircraft over the Pacific. If Bombardier can’t sell its C-series passenger jets to Delta, Canada might cancel its order for 18 of these fighters from Boeing. Photo: MCSA Ignacio D. Perez, public domain

A dispute between aircraft manufacturers Bombardier and Boeing could put the brakes on Canada’s air force getting new fighter jets.

Montreal-based Bombardier recently cut a deal to sell its new C-series passenger jets to Delta Airlines. However, Boeing objected, and accused Bombardier of dumping the aircraft at a low price because the company has received billions of dollars in subsidies from the Canadian and Quebec governments.

News reports in the past two weeks say Canada could decide to purchase used fighter aircraft from Australia as an alternative to buying from Boeing to replace the existing fleet of over 35-year-old CF-18 fighters. The CF-18s stationed at bases in Bagotville, Quebec and Cold Lake, Alberta are the only fighter aircraft used by the RCAF.

The Avro CF-105 Arrow: This is not Canada’s first (fighter plane) rodeo 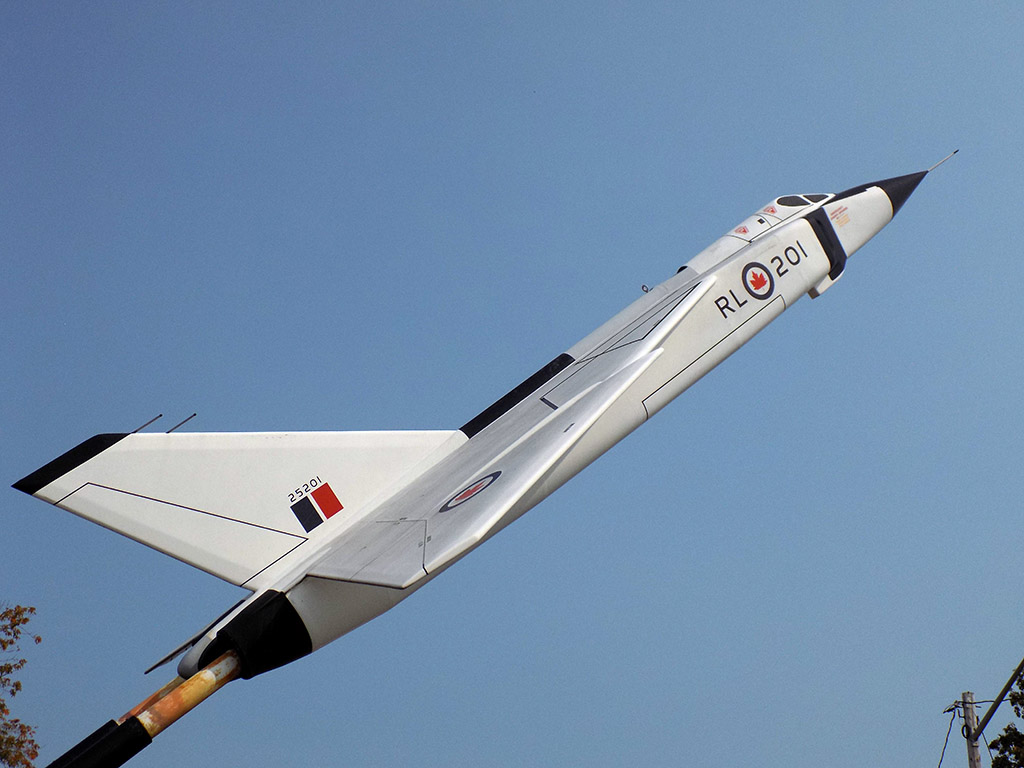 The Bombardier-Boeing battle is reminiscent of a past Canadian fighter jet fiasco over the Avro Arrow. It’s a story that is little known in the U.S., but still raises hackles among some in Canada, more than half a century later.

The CF-105 Arrow was developed by Avro Canada, based in Malton, Ontario near Toronto between 1953 and 1957. The delta-winged supersonic jet interceptor was the first combat aircraft fully developed in Canada. The first full-sized prototype, unveiled on October 4, 1957 – the same day the Soviet Union launched Sputnik I – could reach speeds of close to Mach 2 and an altitude of 50,000 feet. The Avro Arrow was meant to intercept Soviet bombers entering Canadian airspace.

Nine test models at one-eighth scale of the production model were launched from Point Petre, the southern tip of Ontario’s Prince Edward County. A group calling itself Raise the Arrow has recently begun recovering the models out of Lake Ontario. They’ll be added to the collections of the Canada Aviation and Space Museum in Ottawa and the National Air Force Museum of Canada in Trenton, Ontario. 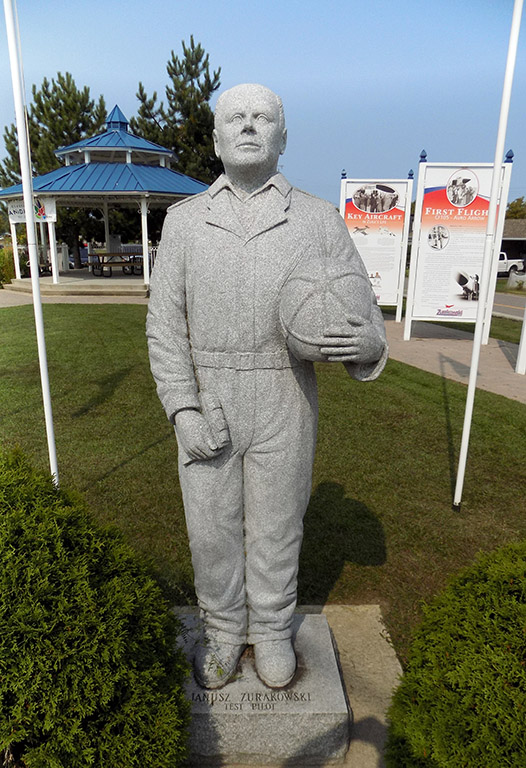 The first test pilot of a full-sized Avro Arrow was Janusz “Zura” Zurakowski. The former Polish air force pilot and officer had escaped to Britain and served in the Royal Air Force during World War II, after Poland fell to the Nazis. In 1952, he moved to Canada and became a test pilot for Avro.

He retired to Barry’s Bay, Ontario, where he ran a tourist camp near Algonquin Provincial Park. Barry’s Bay is home to large, established Polish-Canadian community. Janusz Zurakowski died in 2003 at age 89. He is memorialized in the center of Barry’s Bay at Zurakowski Park where a statue of him stands beside a model of the Avro Arrow.

Five actual Avro Arrow planes were made. However, the project ran into political turbulence both within Canadian factions and with the United States. The chiefs of Canada’s army and navy opposed the Arrow because it meant more funding was going to the air force. The creation of NORAD—or the Northern Air Defence pact between Canada and the U.S. also changed the political atmosphere.  The U.S. pressured Canada to use American aircraft manufacturers or have U.S.-made Bomarc anti-aircraft nuclear missiles staged in Canada instead.  The government of Prime Minister John Diefenbaker wanted to reduce government spending and decided that having both the missiles and the Arrow was not affordable.

Avro had also been unsuccessful in trying to sell the Arrow to the U.S. and Britain; both countries were pursuing their own fighter jet programs. The combination of the political issues led to the cancellation of the Avro Arrow project on February 20, 1959, putting hundreds of people out of work. It dealt a major blow to Avro Canada, which went out of business in 1962. All five aircraft that had been manufactured and its associated design work was ordered destroyed. There was suspicion that Soviet spies had infiltrated Avro – something that was confirmed once Soviet files were declassified decades later.

The cancellation of the Avro Arrow still gets many Canadian military and aviation buffs angry to this day. The story has led to a lot of dreaming of what might have been. They often insist the plane would still be highly advanced, but that is doubtful given 60 years have passed.

What the Avro Arrow story does have, though, is all the same dynamics of international politics and business relations that the current Bombardier-Boeing dispute has, and a similar impact on how Canada selects and pays for military equipment.