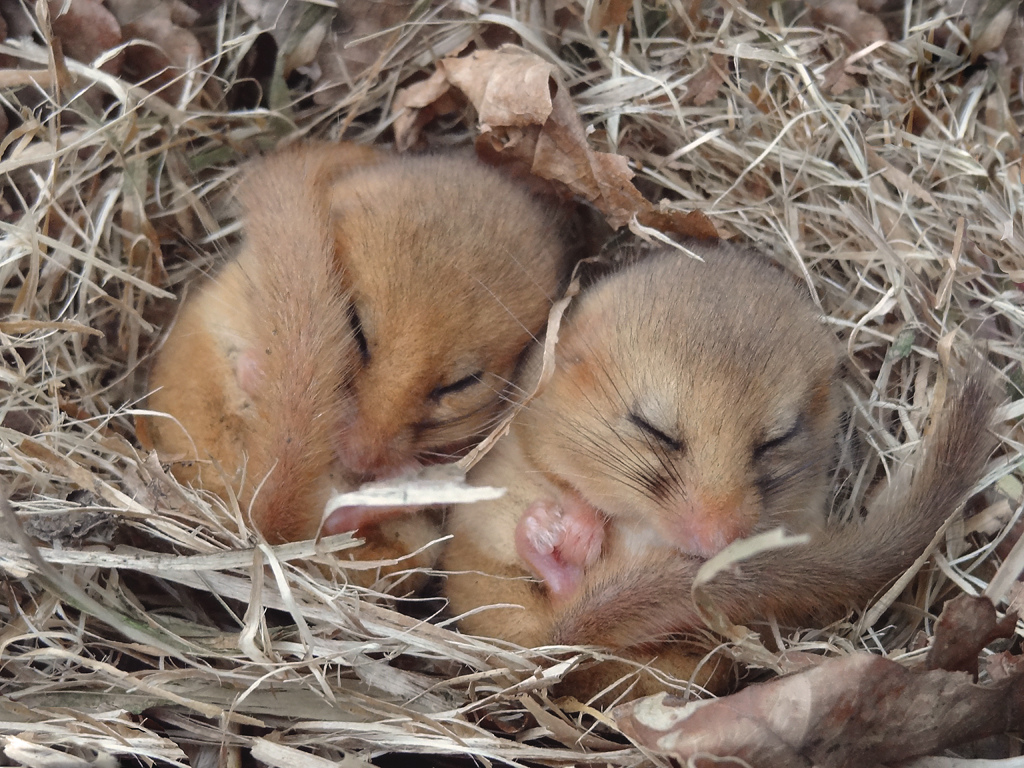 Common dormice may spend up to three quarters of their life asleep. Photo:
Kentish Plumber, Creative Commons, some rights reserved

The deadly sin of one individual may be the life-saving virtue of another. I’m not a big proponent of envy, anger, and gluttony, but sloth is different. The lives of some organisms depend on being able to sleep for half the year (a fact which I tried, unsuccessfully, to conceal from my kids). Woodchucks, bats, ground squirrels and many other animals have survival strategies which include long bouts of sloth. Ironically, actual sloths do not hibernate.

In general terms, hibernation is a state of inactivity and lowered metabolism among warm-blooded animals (endotherms) during winter. This of course describes the condition of many of us from early January through March, so there’s a bit more to it than that. Exactly what, however, is up for debate, as biologists have long argued what counts as hibernation.

It used to be applied only to species which entered profound dormancy, for example certain Arctic rodents whose heart rates drop to a tiny fraction of their summer values, and whose internal temperatures fall below freezing in their winter dens. But that club was thought too exclusive, and these days the term is applied to any animal having the means to actively lower their metabolism and body temperature. I’d say actively lowering one’s metabolism sounds like an oxymoron, but I’ll refrain from name-calling. 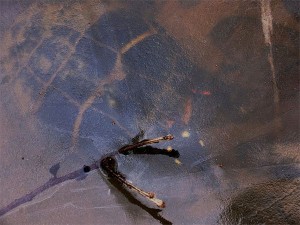 A turtle in brumation under the ice. Photo: Richard Due. Creative Commons, some rights reserved

Cold-blooded animals (ectotherms) like frogs and snakes also become dormant in winter. It’s basically the same as hibernation but biologists call it brumation. With ectotherms, you might say hibernation just happens; it’s not something that they “do.” Even though they don’t have to work hard at sleeping the way mammals do, their torpor is impressive in its own way. Some frogs, turtles and fish can overwinter in mud that is essentially devoid of oxygen, and as far as we know they’re no worse for the wear come spring.

Most hibernators tailor their schedules based on the weather—if it stays mild into late fall, black bears and chipmunks will den up later than usual. But some critters, known as obligate hibernators, doze off according to the calendar. Even if you sent a European hedgehog to Aruba for a winter vacation, it would go narcoleptic at the same time as its mates back in the Scottish Highlands fell asleep. 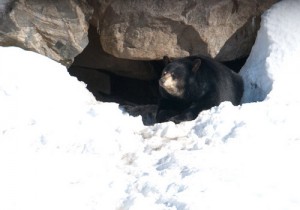 Bears are one of those creatures which didn’t make the hibernator list in the old days, but which are now lumped in with Arctic popsi-squirrels and other high-latitude rodents in the frozen-mammal section. Bears in the far north may not freeze, but they do not eat or drink for up to eight months, using stored fat for hydration and energy. If we were inert for that long our muscles would waste away. Luckily for bears, they have processes to manage proteins such that their muscles don’t atrophy.

As long as temperatures don’t fall sharply, many insects survive winter by making antifreeze, various glycols which keep ice from forming inside their cells. Unlike honeybees, all members of wild bee and wasp colonies die in autumn except a few mated queens. Some of these overwinter alone, but others gather in large numbers in sheltered hibernacula. Last November I tore down my exterior brick chimney, and more than a hundred frozen paper-wasp queens poured out from a pocket behind it. (I bedded them in straw, and they woke up alright in April.)

During the hottest part of summer, desert tortoises descend into deep burrows for a period of estivation. Photo: San Diego Zoo

In hot climates, summer is the unbearable season, and some animals sit it out by hibernating, except that’s not what it’s called. Estivation is the proper term for hot-weather snoozing. Some desert-dwelling frogs surround themselves with a mucus “water balloon” to wait out dry spells. African lungfish have a similar trick for when their ponds temporarily dry up. More surprising is that at least one estivator is a primate—the fat-tailed Madagascar dwarf lemur sleeps in a hollow tree for half the year until the heat’s off.

If a close relative of ours can go dormant, then what about us? In some sci-fi movies, astronauts wake after years of travel, which may be another case of what was once imagined becomes real. 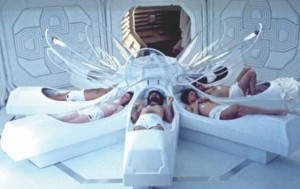 “Are we there yet?” Crew rousing from suspended animation sleep in the science fiction movie “Alien.” Film still: Twentieth Century Fox

In 2014, NASA announced that they’re looking for a way to place the crews of multi-year space missions into suspended animation for three to six months at a time. Presumably this is so Mission Control won’t have to listen to incessant “Are we there yet?” whining from the back of the spaceship.

Though stories of human hibernation abound, documented cases are rare. Occasionally someone falls through ice and is revived hours later with no evident brain damage or other long-term effects. This can occur when body temperature drops very fast, as it would if submerged in ice water, or buried in a snowbank as happened in 2001 to a Canadian toddler who recovered from a body temperature of nearly 0C with no apparent ill effects.

If the body cools slowly, hypothermia usually results, ending in death if continued. Apparently there are exceptions. One instance happened in 2006 when an injured hiker spent three frigid weeks on Mount Rokko in western Japan with no food or water. His temperature had fallen to about 23C. He also made a full recovery.

Scientists will continue to study hibernation for its medical applications. But if you’re not a fan of winter, don’t pretend to hibernate by being slothful, just grin and, you know, bear it.