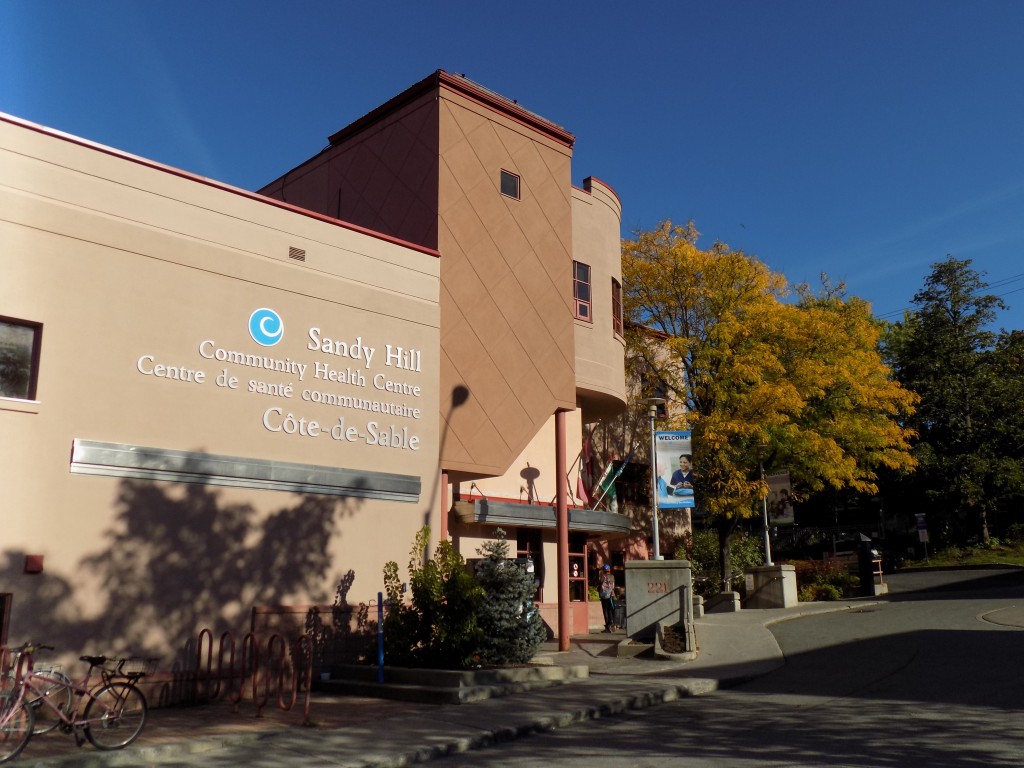 Over a year ago, the idea of a safe injection site for drug users in Ottawa started getting more public attention, especially since opioid drug use – and sometimes fatal overdoses  – have become a serious crisis across North America. Now, there are two sites in the city’s Lowertown and By Ward Market neighborhoods.

A “pop-up” site, unauthorized by the federal health department, opened in August from a tent in a small park. It was operated by a group of volunteers called Overdose Prevention Ottawa. Organizers are planning to receive federal approval though and will move the site to a trailer next to the Shepherds of Good Hope mission at the corner of Murray Street and King Edward Avenue. The second site will be at an undisclosed location on Clarence Street. It is a combined effort of the city public health department and the Sandy Hill Community Health Centre. That facility, which has its main clinic at the corner of Rideau and Nelson streets, was the first to express interest in having a safe injection site several months ago.

Campaign for Safe Consumption Sites Ottawa Spokesperson Greg Cameron said the Sandy Hill site has federal approval, but has not yet opened. The Shepherds of Good Hope location is ready to open but is still awaiting federal approval. 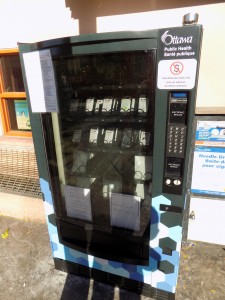 Safe injection sites, also called safer consumption sites by advocates, are part of the concept of harm reduction for drug users who inject dangerous amounts of illegally obtained opioids like heroin and fentanyl into themselves. The Canadian Harm Reduction Network describes the concept of providing harm reduction services as a way of reducing the negative health, social, and economic consequences of drug use for individuals, their families, and communities.

Ottawa Public Health, and other community organizations distribute harm reduction kits that allow for drug users to use safe, clean needles, and provide safe, clean disposal facilities. Tokens are even part of many of these kits that can be used to purchase additional harm reduction kits. They are sold in vending machines outside places like the Sandy Hill Community Health Centre. The kits are placed in the machines where the bags of chips or candy bars would normally be.

According to the Campaign for Safer Consumption Sites in Ottawa (CSCS), Canada’s capital city has the highest rate of new HIV infection among drug users in Ontario. 11% of the injection drug users in the city have HIV. 70% have hepatitis C, and someone dies of a drug overdose on an average of every eight days in the city.

“Harm reduction saved my life,” said Sean LeBlanc, the founder and one of the coordinators of DUAL, the Drug User’s Advocacy League. Since going into recovery for opioid addiction, he has been doing advocacy work. He said he has attended three memorial services for opioid users under the age of 30 during the past week who died because of overdosing. LeBlanc said that he contracted hepatitis C and recovered and is thankful to have not got HIV from drug use. He also overdosed once.

Cameron said the pop-up location is operated by over 100 volunteers, many of whom are nurses. Others have donated supplies, money, and home-cooked meals. “Frankly, it’s an inspirational story of a community rallying around some of its most marginalized and vulnerable members, and it’s working to save lives,” said Cameron. He added it is unlikely that the unauthorized site will be shut down because it has support from public health and elected officials. He noted that Ontario Premier Kathleen Wynne visited an unauthorized location in Toronto.

Sean LeBlanc of DUAL said the Ottawa Police “have done a pretty good job” and said that many officers support safe injection sites because they reduce and control drug-related incidents that they otherwise have to respond to. Like Greg Cameron, he said it would be highly unlikely that the police would close an unauthorized injection site because the public image of it alone would not be positive.

However, the pop-up location has been subjected to some crude forms of opposition. LeBlanc said individuals have been making rude comments and attempting to intimidate others around the site, and there has been vandalism. LeBlanc said that proponents and opponents of safe injection sites often have the same goal of safely and compassionately helping people end their dangerous drug use, but they just have different ideas of how to approach it. That is just one of the challenges, especially since so many government and community stakeholders are involved.  Disagreements continue while the crisis gets worse.