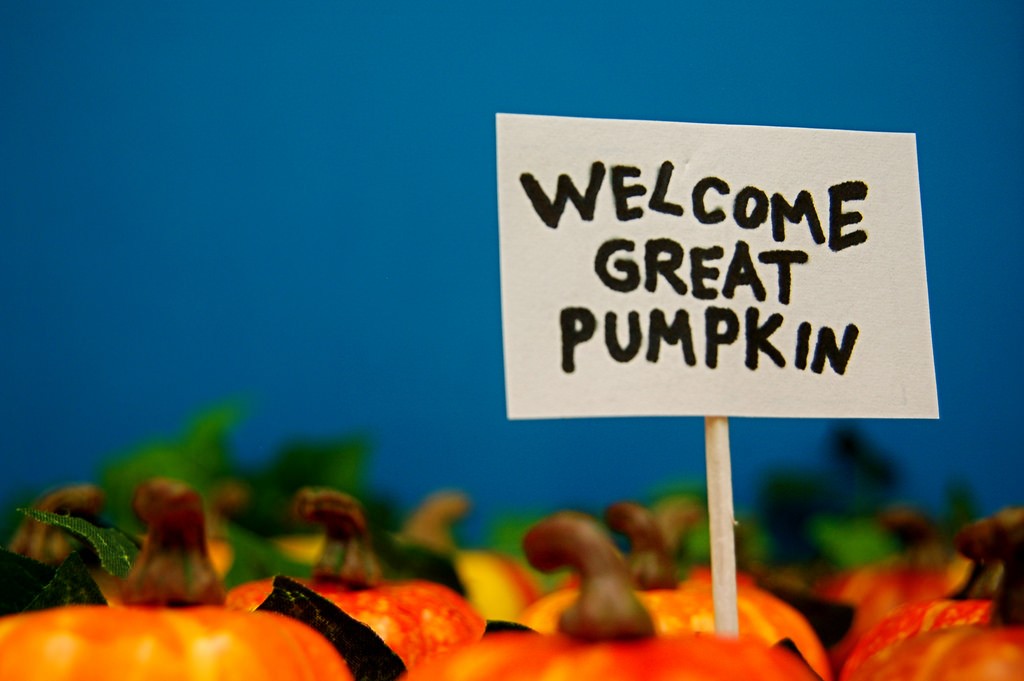 Most people, were they to get stood up by the same individual from October 1950 until October 1999, would have pretty early in the process thrown in the towel. Or in this case, the blanket. Linus, the precocious, blanket-toting character from the Peanuts world, waited faithfully for The Great Pumpkin all night on Halloween in spite of being disappointed every year. Perhaps his unwavering belief in the mythical pumpkin was spurred on by the fact that almost every year brings the world a bigger “great pumpkin” of the sort one can measure and—at least potentially—eat.

In fact, pumpkins have gotten so big in recent years that folks have cleaned them out and paddled around in them. Heck, if you are not claustrophobic, maybe you could even live in one. If the Old Lady Who Lived in a Shoe thought it was great to find a rent-free boot, imagine how thrilled she would have been to inhabit a giant pumpkin. Talk about the kids eating you out of house and home… 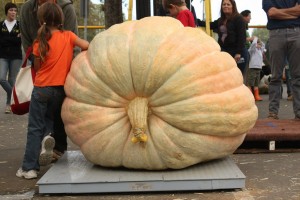 Over the past three decades, giant pumpkin enthusiasts have developed varieties that attain jaw-dropping proportions. And they (the produce, primarily) are getting bigger faster. In 1979 the world record was 198 kg, which jumped to over 453 kg in in 1996, and to more than 900 kg by 2012. In 2017, however, no one managed to beat the record held by Belgian farmer Mathias Willemijns who raised a 1,190 kg monster Atlantic pumpkin in 2016. Now that would be a dream come true for Linus.

Growing big pumpkins begins with the right genetics, and you can bet the seeds from these record-holders will fetch a good price. Beyond that it is a lot of daily attention, especially later in the season when the developing pumpkins need copious amounts of water. These growers put in a lot of hours in their attempts at agricultural overachievement.

Being the scholarly lad he was, Linus probably knew that pumpkins are actually a type of winter squash, one of many varieties first selected for and cultivated by First Nations. Squash, in fact, is an Algonquin word adopted by Europeans. We chose the Greek-based “pumpkin” to describe the ribbed orange variety, mostly because “The Great Squash” didn’t have the right ring to it. 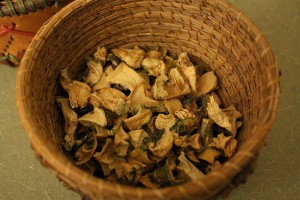 Hubbard and butternut squash, and the small hard pie pumpkins we grow today are among the many squash types that the Haudenosaune, or Iroquois, were raising on the shores of Lake Erie and Lake Ontario at the time of European contact. From ancient times until today (or maybe tomorrow if they are busy this day), Haudenosaune farmers have dried strips of pumpkin and squash for use in late winter after the storage life of most squashes has run its course. If old-time longhouses had dehumidifiers and thermostats, those pumpkins and squash could have lasted all winter.

Successful storage actually begins in the field or garden. Pumpkins and squash will last longer if you bring them in before the first hard frost (below -2). Always pick them up while supporting the bottom, and never carry them by the stem; if that breaks, rot will set in. For pumpkins, a 10-day hardening-off treatment of 26-29 degrees C at 80% humidity will help harden the rind and prolong storage life. This treatment isn’t necessary for butternut, turban and Hubbard, and will actually harm acorn squash. 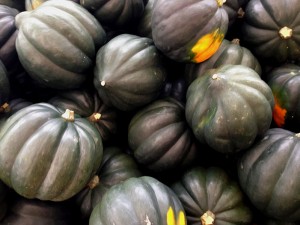 In terms of storage conditions, the critical thresholds are 10 and 70. Never cooler than 10 degrees C or more humid than 70%. The ideal numbers are 15 degrees C and 60% humidity. Store pumpkins and squash away from apples, which produce ethylene gas that will hasten ripening, and shorten storage life. Check stored squash every few weeks, as one rotten one can spread decay to others.

Under good conditions acorn squash will store for 5-8 weeks. Pie pumpkins, as well as buttercup squash, often make it through the winter, and it’s not unheard of for a Hubbard or butternut to last into the following summer. Because the record-breaking pumpkins of today have Hubbard genetics, I’d expect those leviathans might last a good while. But who’s going to build a storage room around a one-ton pumpkin?

It would seem this agricultural super-sizing may have been predicted fifty-some years ago by little Linus. Maybe I should revisit those old comics to read what else the child philosopher had to say.

1 Comment on “The Great Pumpkin, the giant pumpkin and other squash”