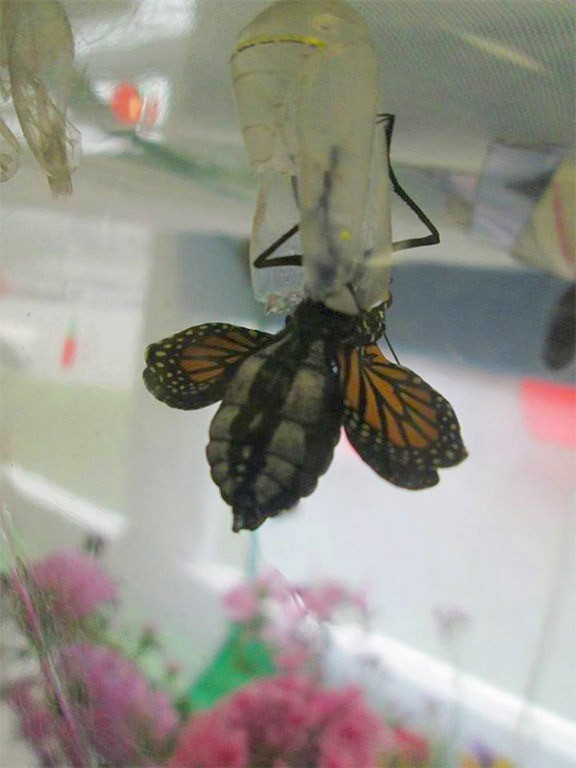 When it comes to personal growth, the Wicked Witch of the West had the right idea. Quite possibly she got it from monarch butterflies, which must exist in Oz, since they are found worldwide except for the polar regions. Many times, a rearrangement of the self-image we have come to know is needed to achieve our fullest potential. In my experience this is always hard, and seldom is it voluntary.

We commonly refer to difficult times, periods of grief or anguish, in terms of dissolution. You might hear someone say that they went to pieces, fell apart, dissolved in tears, or had a meltdown. This latter can describe things from a childhood tantrum to someone at work who loses composure due to stress. Meltdowns are short-lived.

A breakdown is longer term, lasting weeks, months, even years. A person in this state is generally not able to function well, if at all, in their job or relationship. Nearly all who have breakdowns recover, and afterward it is not unusual for them to seem different. Maybe they have a new perspective; they might choose a trajectory more in line with their dreams and talents. Oftentimes as a result of surviving a very dark time, and then shaping their life to better suit them, they report being happier than before. 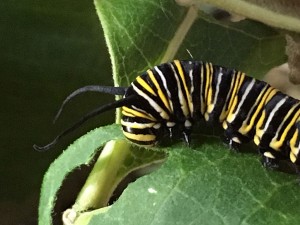 In order to make the dramatic leap from glorified maggot to graceful flying machine, a caterpillar has a complete breakdown, during which it melts down. Caterpillars are of course the juvenile stages of moths and butterflies, and most are stubby, cigar-shaped, soft-bodied crawly things that somehow turn into gossamer-winged wonders. We know they enter a pupal stage to change costumes, but until fairly recently we knew more about what went on inside Clark Kent’s phone booth than what happened during pupation. Thanks to electron micrography and other fancy stuff, though, we now know a tiny bit more.

Some caterpillars produce silk to weave cocoons in which to pupate. Others, for example the monarch, make pupal cases with a membranous “skin” around it, and this is called a chrysalis. 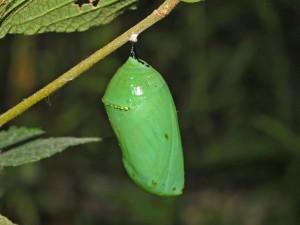 Inside the monarch chrysalis, the caterpillar’s cells breakdown into soup, except for the imaginal cells which will shape its new life. Photo: Hectonichus, Creative Commons, some rights reserved

Once housing is taken care of, the hard part begins. At least that is my human-centered view on it. Let’s take the monarch again. Ensconced in its regal, gold-flecked chrysalis, the cute, stripey chub of a caterpillar releases enzymes which dissolve its body. All of it. For a time, that elegant chrysalis is full of nothing but green caterpillar soup. Now that’s a meltdown.

As the caterpillar becomes liquid, most of its cells burst open. Sort of like taking parts from a Lego house, let’s say, to make a Lego car, but rather than reconfigure the blocks, you smash them to bits. Apparently it works for insects. There are a few cells, though, which make it through the blender. These are akin to stem cells, and biologists have dubbed them “imaginal cells.” This is so wonderfully poetic, as if part of the caterpillar could always imagine flying. I had heard that the caterpillar’s immune system perceives these imaginal cells as foreign, and tries to eliminate them. This would have made an even stronger metaphor, because we all resist change at first, but alas, the science does not back up such an idea.

But in a sense, imaginal cells do imagine the future winged adult, as they contain its DNA, the butterfly blueprint. As far as I can tell, no one knows quite how imaginal cells take all those shards of Lego pieces and fashions new kinds of cells from them. It’s better than magic. There are a few other items to be found in caterpillar soup. From the time it hatches out, the larva has within its body a number of somewhat flat, more-or-less round structures called imaginal discs. Each imaginal disc telescopes out like, I don’t know, a telescope or something, to become the outer shell of an appendage such as a leg, wing or antenna. That is handy and must save those imaginal cells a lot of effort. 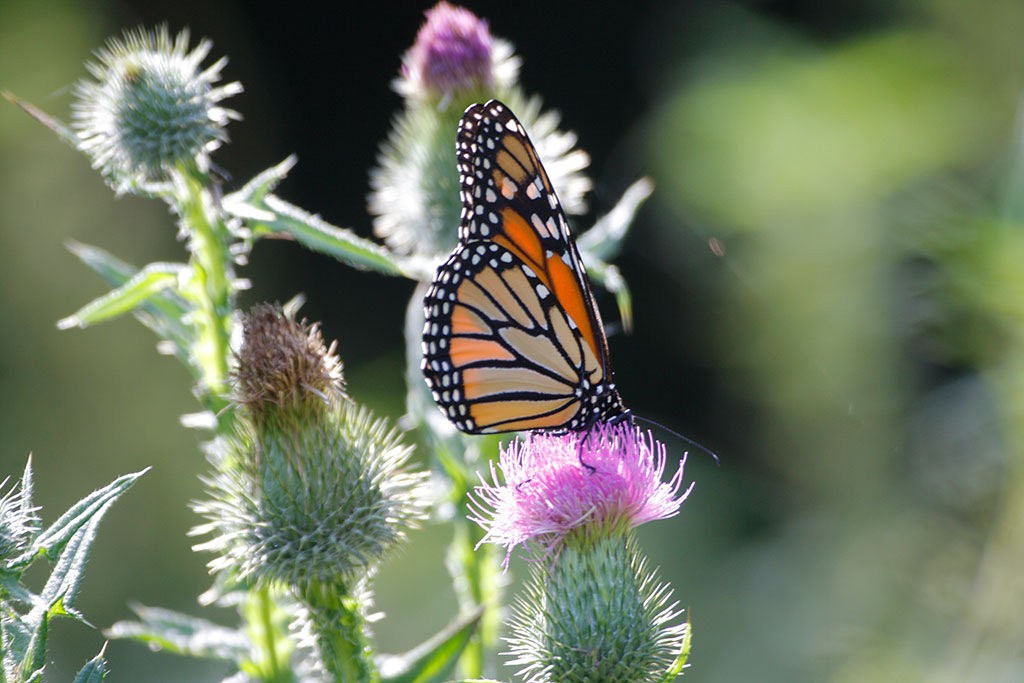 By the time the pupal chamber unzips and an adult monarch emerges from its chrysalis to rub its breary eyes, not a drop of caterpillar soup can be found—all of it was needed. Everything the caterpillar once was, now serves its new life as a butterfly. If said butterfly belongs to the fourth and last generation of the summer, someone is going to have to break the news to it about the pending 3,000-mile trip south. (In spring, monarchs take three generations, relay-style, to get all the way north, but the final brood flies to Mexico for the winter in one marathon shot.)

Writing about chrysali just as the cold season is upon us may seem out of place, but like many, I see winter as a reflective period, hopefully a time to imagine powerfully. And perhaps to enjoy a bowl of soup and ponder meltdowns and transformations.