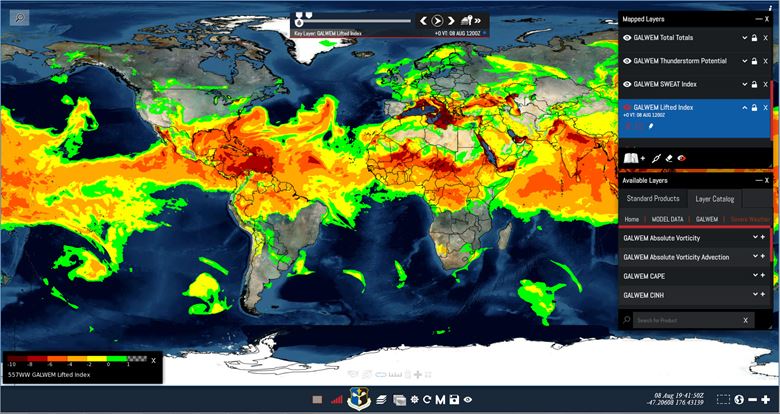 The Thor weather forecasting supercomputer acquired in May 2017 by the Air Force Life Cycle Management Center might be able to tell you whether you need your umbrella today, but maybe not. Photo: U.S. Air Force graphic/Benjamin Newell

Weather modeling has become quite a big deal in recent years, with meteorologists falling all over themselves to report what the latest models say. It sounds like a fun job, and I am trying to find out how to apply for a position. No doubt I could model categories like “large stationary front” or “high pressure system” pretty well. If it involves appearing in a swimsuit, though, forget it.

I love it when a radio announcer chirps “clear and sunny” during a storm because they did not look out before reading the outlook. It’s funny how reality can boost the accuracy of weather reports. So when you can’t even bank on today’s forecast, it’s normal to view long-range projections with a skeptical eye. However, seasonal models are very good at foreseeing key trends such as droughts or severe hurricane seasons. You can depend on models if they call for above-average precipitation this winter. But if you want to know if it will snow on a given day, you’ll have to listen to the radio. Or flip a coin.

On its website, the US National Oceanic and Atmospheric Administration (NOAA) explains that seasonal modeling “…provides information about the expected state of regional climate, based on long-term trends, shorter-term persistence in the climate system, and the current and anticipated state of tropical sea surface temperatures (i.e., El Niño). Seasonal forecasts for upcoming months use sophisticated computer models, statistical models, and/or expert judgments.” El Niño and La Niña, respectively, are the warm and cool phases of the 2- to 7-year “Southern Oscillation,” a tropical ocean current system that has a huge effect on our weather. That’s a drawback to living on a planet—heat doesn’t stay on its own part of the map.

Meteorology dates back to Aristotle; in fact he’s the guy who came up with the term. I suspect that in its early days, meteorology was hampered by a noticeable lack of meteors to study. Honestly, you have to wonder what Aristotle was expecting. I’m sure the science picked up when folks began looking at other stuff that fell out of the sky, rain and snow for example. 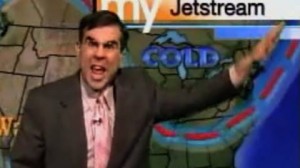 I had always equated the science with forecasting, since the person on TV giving the weather was called a meteorologist. But the discipline includes studying the chemistry and physics of the atmosphere, and tracking changes and trends in its composition and behavior.

Austria opened the world’s first national weather bureau in 1851, followed by the UK in 1854, and the US in 1890. While virtually every country now has its own weather forecasting service, some of the top research facilities are in China, Japan, France, and the UK. Long-range modeling is an international effort, as getting accurate forecasts is important for all nations.

NOAA is a free, user-friendly resource, and I encourage people to visit to see its outlook for the upcoming winter. In a nutshell, it’s more precipitation than usual, with temperatures averaging at or slightly below normal, but with frequent dramatic swings.

Some climate centers charge a fee to release modeling charts and graphs. Highly accurate systems such as the European Seasonal to Inter-annual Prediction (EUROSIP) may run 20 or more models simultaneously, each of which uses different processes, and which originate from a dozen different nations. EUROSIP reports are for professionals, full of language like “The set of dynamical and statistical models predict weak La Niña conditions with an SST anomaly in the Nino3.4 region of -1.1 C…” I’ll stick with NOAA.

The accuracy of weather models is checked by “hindcasting,” or predicting weather that already happened. This sounds like another job I could handle, provided the past was not older than about a week. In hindcasting, climate inputs from a given time period are entered into each model, and researchers compare the modeled forecasts with known historical conditions. Models are constantly adjusted to further “train” them. In one exercise, ocean surface temperature readings were used to “forecast” El Niño and La Niña events from 1857 to 2003. Not only did the model correctly identify every event, it predicted each one up to two years out.

Results like that make me wonder why the three-day forecast is often not much better than a guess. Maybe I really should get into weather modeling. I hope you’re not required to wax.