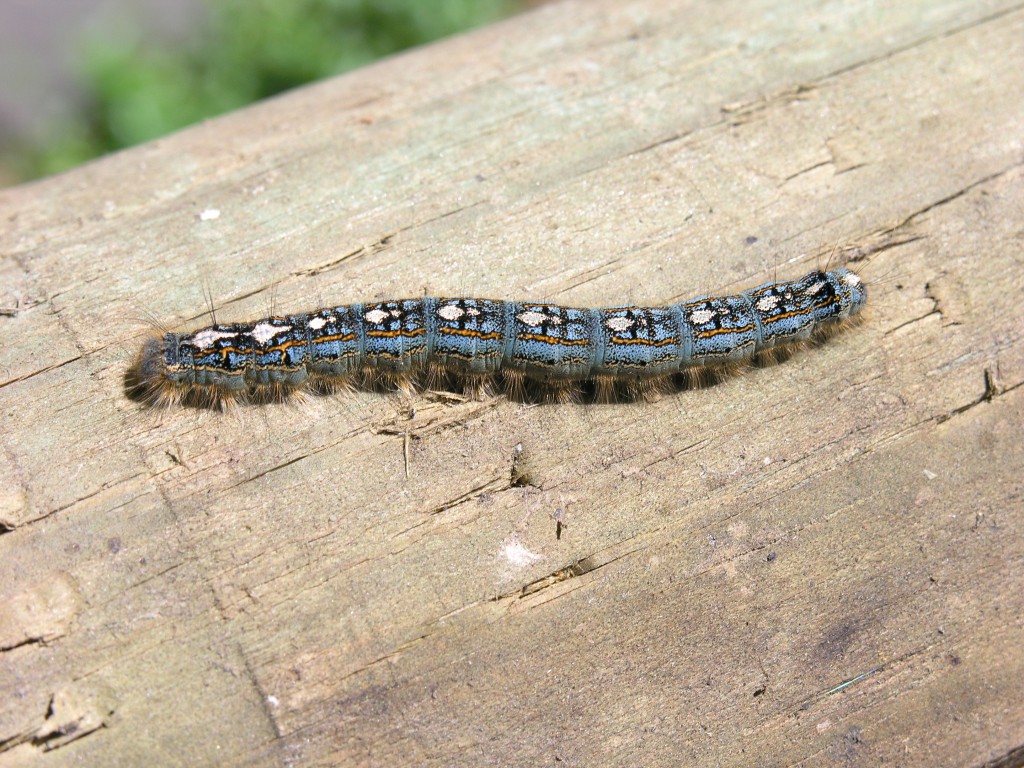 Winter is not a season when many people think about tents, except maybe to be glad they do not live in one. I do have some friends who love winter camping, and the fact they have never extended an invitation is evidence of how much they value our friendship.

Records indicate the population of this native pest tends to spike at irregular intervals, generally between 8 and 20 years apart, at which time they can cause 100% defoliation within a few weeks in late May and early June. Trees typically grow a new set of leaves by mid-July, but at great cost in terms of lost starch reserves, and afterward they are more vulnerable to other pests and diseases. The problem is compounded by the fact FTC outbreaks tend to last several years. Successive defoliations are more likely to lead to tree mortality.

Foresters and woodlot owners may want to learn more about tents this winter, but maple producers should pay special attention to the situation, as sugar maples are the preferred food for the FTC. And since the female FTC moth lays eggs exclusively in maples, outbreaks begin in maple stands. This past year in parts of northern NY from the Vermont border west to Jefferson and Lewis Counties, severe but localized outbreaks of forest-tent caterpillars stripped more than 200,000 acres, primarily sugar maples. Early indications are that the infestation will be more widespread in 2018. 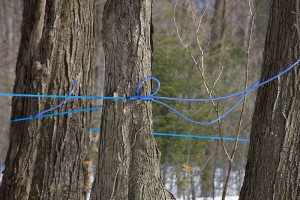 Forest-tent caterpillar defoliation can lead to maple sap sugar content of a fraction of one percent, impractical to harvest. Photo: Michel Rathwell, Cornwall, ON, Creative Commons, some rights reserved

One of the most troubling things about the 2017 FTC defoliation is that the vast majority of defoliated maples did not grow a new set of leaves, although in a few cases they refoliated to a very small degree. There does not appear to be any recorded precedent for this. Most foresters agree that the phenomenon is a result of the 2016 drought, which stressed trees to such an extent that they were not strong enough to push out a new set of leaves. In an even more bizarre twist, some maples on south-facing slopes did refoliate, but in mid- to late October. As soon as the new flush of leaves appeared, they froze and were killed.

Maple producers in FTC-affected areas should expect sap-sugar concentrations to be a fraction of a percent, in contrast to normal concentrations between 2 and 3 percent. According to Cornell Extension Forester Peter Smallidge, operators with reverse-osmosis capability may still get a substantial crop in 2018. Many small producers with FTC damage, however, are opting not to harvest sap this season, partly for financial reasons, but also to spare their maples further stress.

Whether or not a woodlot owner or maple producer had FTC damage in 2017, the St. Lawrence County Maple Expo held from 8 am to 3 pm on Saturday, January 27, 2018 at the Gouverneur High School can help answer questions about FTC. The FTC segment of the program will cover how to scout for FTC egg masses, and more importantly, how to interpret the numbers and make projections, what the treatment thresholds are, and other considerations. The Expo will also treat many other key topics including Cornell Maple Research Update, Maple Tubing Systems, Regenerating a Sugarbush, Marketing, and more.

More information on the 2018 Expo.