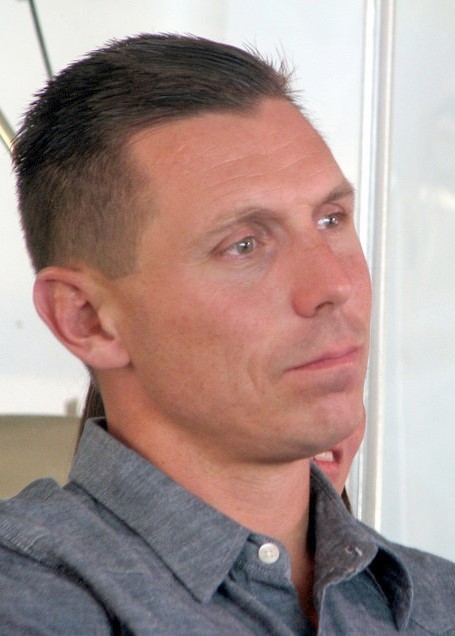 Ontario politics are usually rather dull. That changed late Wednesday night when news got out that Patrick Brown, the Leader of Ontario’s Progressive Conservative (PC) party (aka “the Tories”), was facing accusations of unwanted sexual behavior with two different young women during his previous career as a federal Member of Parliament. One of the women was also under the legal drinking age at the time and alleged Brown – who has publicly said he doesn’t drink, offered to get her into bars in his hometown of Barrie. He also hired one of the women to work in his local office.

Brown held a late-night news conference at the legislature in Toronto on Wednesday and emotionally denied the accusations. He also refused to resign as PC Leader. After making his statement, Brown refused to take questions from reporters and ran out of the press theater, down three flights of stairs, and out the door to a waiting limousine. The entire PC senior campaign team resigned in protest of Brown’s refusal to resign. PC members of the legislature held a conference call and demanded he quit. At 1:30 am on Thursday, Patrick Brown resigned as Leader but will remain as a member of the legislature.

#MeToo and the effect on politics

There are two main themes within the Patrick Brown controversy. One is that it’s part of the rapidly growing trend of alleged victims coming forward and accusing prominent people of sexual harassment or other inappropriate behavior. The other theme is political. Ontario’s next provincial election is in June, and the Brown-led PC’s were riding high in opinion polls.

But, let’s look at the first them for now. The #MeToo movement is credited with enabling and making women feel less insecure about going public with their accusations, and we’ve seen in recent months how it’s brought down everyone from Harvey Weinstein to Garrison Keillor. Women are feeling more empowered and supported, according to Paulette Senior, President and CEO of the Toronto-based Canadian Women’s Foundation. “Women are supporting other women like never before. Men are supporting women and believing women like never before,” added Senior, who noted it’s important for the discussion to continue in order to build a society where people feel safe sharing injustices they’ve experienced. Senior also said that women who have experienced sexual harassment or violence should only go public when it feels comfortable for them because; “The path to healing is so unique for each person.”

Indeed, social media and the news media were suddenly full of belief and affirmation of the two women who have accused Patrick Brown, but people were also suddenly going public with rumors that Brown had a propensity for such behavior. If that was true, why did his party allow it to go ignored? Political circles are always rife with rumors like these. Alleged bad behavior seems to go unchecked because of a sentiment of resignation to the fact it is just part of the culture, or it will damage the party’s electability.

Paul Thomas of the Department of Political Science at Carleton University in Ottawa said that the focus on dealing with sexual harassment in politics is increasing. He noted how before becoming Prime Minister, Justin Trudeau removed two Member’s of Parliament from the Liberal caucus after they were accused of inappropriate behavior. The Patrick Brown situation had an echo effect in Ottawa on Thursday when Kent Hehr, the Minister of Sport and Persons with Disabilities resigned from the Trudeau cabinet amid allegations of sexual harassment during his previous run as a member of the Alberta legislature. However, other observers, including the always fiery Toronto Star columnist Rosie DiManno, are complaining that Patrick Brown is being unfairly tried in the court of public opinion while the accusations are not even being investigated by police or are going before a court of law.

The political question is, can the Ontario Progressive Conservative’s successfully reorganize? An election is only five months away and before Patrick Brown’s sudden fall from grace, he was increasingly looking like he would defeat the unpopular Kathleen Wynne-led Liberal government and become Ontario’s next Premier.

PC legislators selected North Bay legislator Vic Fedeli as Interim Leader on Friday morning, and the party plans to hold a convention for a permanent Leader – and candidate for Premier, likely before the end of March. Possible candidates include Ottawa-area legislator Lisa MacLeod or Caroline Mulroney, daughter of former Prime Minister Brian Mulroney, who is already the PC candidate for a legislative seat in the June election. Some Tories want Doug Ford, the controversial brother of Rob Ford, the late and even more controversial Mayor of Toronto to run.

Having a woman as PC Leader could show that the party is serious about equality and sexual harassment.  However, Paul Thomas said that Ontario voters are likely to remained focus on the real economic and social issues facing the province, but, if the PC’s appear disorganized, they could re-elect a Liberal government or shift their support to the left-leaning New Democrats. Whatever happens, Ontario politics just lost some of its dullness.