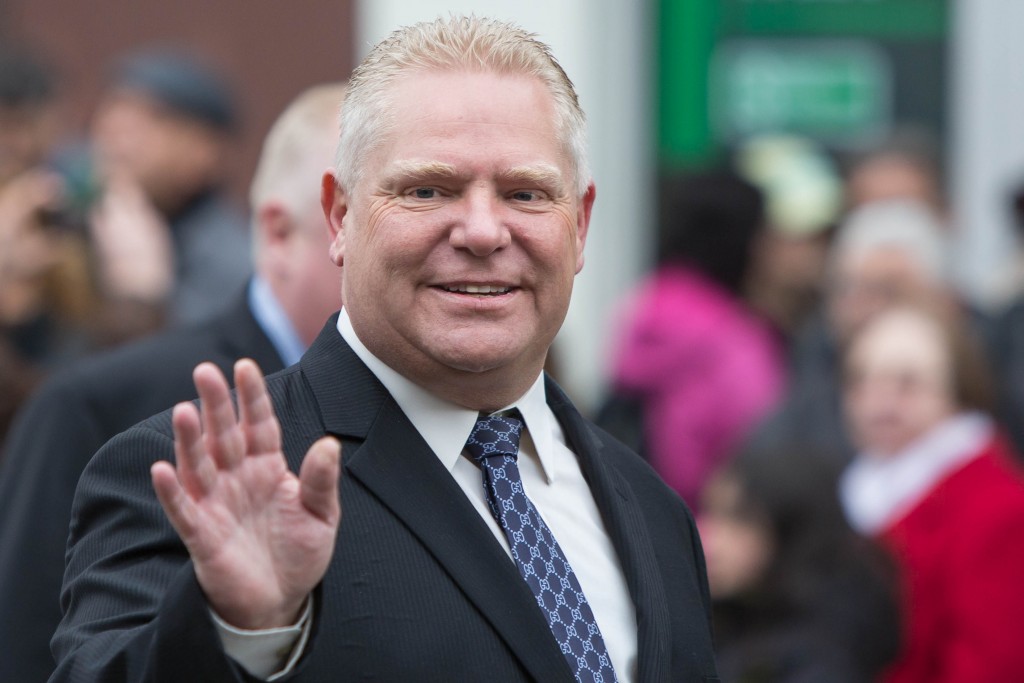 At just after 10:00 pm on Saturday night, after one of the strangest political races in Canadian history, Doug Ford was announced as the winner of the race to lead the Progressive Conservative (PC) Party of Ontario (aka “Tories”). The announcement came after glitches with the party’s online voting system and a questionable margin of victory for Ford over Christine Elliott, the second-place candidate that led to a recount and tense discussions involving lawyers representing each candidate. Third place went to Caroline Mulroney, daughter of former Prime Minister Brian Mulroney, and Tanya Granic-Allen, a social-conservative activist, finished fourth.

The (In)famous Fords; not your average Tories

Doug Ford is the brother of the late Rob Ford, the former mayor of Toronto who got caught on camera smoking crack cocaine and acting bizarrely in public on a few occasions, which made him a fine source of joke fodder for late-night talk show hosts on American networks. Doug Ford, now aged 53, was also a member of Toronto City Council while his brother was mayor. They often appeared together, and Doug was seen as the unofficial co-leader of the city.

The Ford’s are conservatives, but they aren’t your average Ontario conservatives. The Ford’s are not part of the corporate and professional establishment wing of the PCs, nor are they part of the party’s agricultural, small-business, and family values rural base. They’re rugged and blunt populists. Think of the 1980 comedy film Caddyshack when Rodney Dangerfield’s loud and brash character Al Czervik annoys the stodgy judge played by Ted Knight, and you get the Fords and mainstream Ontario conservatism. The Fords pride themselves as being outside of the establishment. The family fortune was made in the label, tag, and decal business (no doubting where Doug will order his campaign materials from). They’re from the Toronto suburb of Etobicoke, not the posh midtown enclaves of Rosedale or Forest Hill.

Adherents of the family’s gritty populism are known as Ford Nation, and the family holds an annual Ford Fest picnic for all of them, usually in the yard of family matriarch Diane Ford, widow of Doug Ford Sr. who had a short stint as a PC member of the Ontario legislature in the 1990s. Doug Ford, the son, announced his candidacy from her basement rec room six weeks ago. They portray themselves as friends of the ordinary working stiff. Doug’s leadership campaign was focused on keeping taxes low, and he promised to never introduce a provincial carbon tax. He appealed to social conservatives by pledging to review the school sex education curriculum and complained that teenage girls wanting abortions don’t have to get written permission from their parents. The bluntness, Ford Nation, and the picnics, make Doug Ford just a bit like Donald Trump and his rallies.

Doug doesn’t have the alleged moral baggage that is supposed of Donald Trump, although there are unproven allegations he was a drug dealer in the 1980s, and he certainly doesn’t have the international connections or real estate holdings either. He’s also far less likely to single out and embarrass his adversaries on social media. However, both Ford and Trump appeal to the same kind of voter; angry people who feel, rightfully or wrongfully, that they have been cheated out of opportunities in life by those they consider elite, entitled, or different.

I watch political conventions the way some people watch sports, and this was one weird race from start to finish. It all started back on January 24 when former PC Leader Patrick Brown cataclysmically resigned amid sexual harassment allegations. The party was then held together by interim leader Vic Fedeli and a leadership election announced. Fedeli claimed that the party was full of “rot” involving its finances and memberships for people who did not exist.

Patrick Brown briefly entered the race to get his old job back but later dropped out. Then there were the problems with the voting system. Party members in each district were mailed registration information, including numbers to use to access the online voting system. Many people didn’t receive numbers. Party members were receiving nasty emails from the Ford and Granic-Allen campaigns, alleging the voting process was “rigged” to favor Elliott. The Ford campaign took the issue to court and asked for a two-week extension in voting so those who were not properly registered could still have their chance. On March 9, the day before the convention, the judge ruled there would be no extension.

At the convention itself, the results were seven hours late being finalized. Each candidate receives up to 100 points per district, depending on how many votes he/she received. Those count as electoral votes and work sort of like the Electoral College in the U.S. The result was that Doug Ford won the electoral vote in points, but Christine Elliott won the popular vote.  It was a Trump-Clinton scenario but within the same party.

The convention, held at a suburban Toronto Hilton Hotel, was supposed to be a celebratory but fast-paced afternoon affair. It went way into overtime and organizers finally had to tell the audience to go home and that the result would be announced later. A Filipino bodybuilder’s contest had booked the hall for Sunday and needed time to set up.

Are unity and victory possible?

There have been pleas for unity within the Ontario PC Party no matter who won the leadership race. The party has been riding high in opinion polls and was increasingly favored to win the June 7 election and end 15 years of Liberal rule in the province. Due to the irregularities with the election process, Christine Elliott did not concede the race until late Sunday afternoon. Due to that, and with Doug Ford now the leader and the party’s candidate for Premier, maintaining popularity among the mostly moderate Ontario voters, and unity within the party itself, could be a serious challenge.