Trump, Trudeau, and the truth

Trade talk between Canada and the U.S. has been heating up lately. North American Free Trade Agreement (NAFTA) renegotiations continue with reports of mixed success. President Donald Trump recently admitted he wasn’t telling the truth when he told Prime Minister Justin Trudeau that the U.S. has a trade deficit with Canada. In fact, for 2016, the year most complete statistics are available for, the U.S. had a goods and services trade surplus with Canada of US$12.5 billion and for just services, it was US$24.6 billion. Those numbers are from the Office of the United States Trade Representative, which is, ironically, a division of the Executive Office of the President. 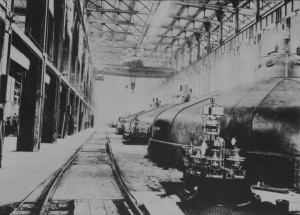 An early photo of the interior of the Cedars Rapids power station near Montreal. The station was an early supplier of power to aluminum smelters in Massena. Library and Archives Canada, Department of Interior . PA-044123

The big question though is; Is anything in trade really “foreign”?  The economies of Canada and the United States have become so integrated over many decades, including decades before free trade agreements were signed.

In the early 20th Century, commercially-produced and distributed electricity emerged as an essential product for the function of industries and households. Two out of the first three companies to generate large amounts of electricity on the Canadian side of Niagara Falls were American companies. Almost all of the power followed lines from Canada to Buffalo, Rochester, and Syracuse. In the North Country, for decades, most of the power that kept aluminum smelters in Massena operating came from Cedars Rapids further down the St. Lawrence near Montreal. Oppositely, and on a smaller but amusing scale, there were plans to build a large dam on what was called the Little River between Ogden Island and Waddington to generate electricity that would be carried over a line to Morrisburg and send power towards Toronto.

These early exchanges or plans to exchange electricity across the Canada-U.S. border show that the linkages, both economic and physical, have been strong for a long time. The governments in both countries could not keep up with the pace of the cross-border electricity trade, either. Regulation of power exports in Canada, and power imports in the U.S., wasn’t implemented until generating stations and transmission lines were already in service.

In the 1970s, Quebec began selling electricity to New York State and Vermont. Those arrangements pre-dated the Canada-U.S. Free Trade Agreement. In Canada, the only regulatory approval the deals needed was from the National Energy Board. It needed proof in 1973 that the power being sent from Beauharnois near Montreal over the controversial 765,000-volt line through the North Country was surplus to power needs in Canada. The same proof was needed six years later when the first major power agreement was reached between Hydro-Quebec and Vermont.

Today, the free-trade of electricity is protected under NAFTA, and there’s no sign of that changing, even if the rest of the agreement were to disappear. In fact, U.S. energy policies state that Canadian utilities must be structured the same way as American utilities if they want to sell electricity south of the border. So, the result is Canadian utilities are generating large blocks of electricity, in Canada, but for the United States, and within the requirements of American law. With an arrangement like that, the “foreign” power that is keeping the billboards shining bright on Times Square doesn’t seem so foreign after all. 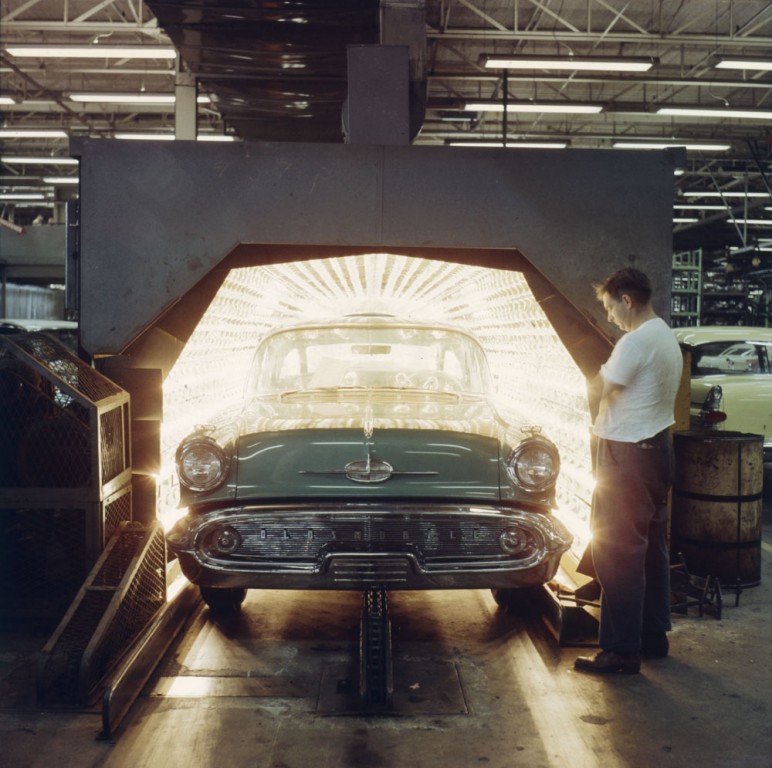 A freshly painted Oldsmobile rolls off the General Motors assembly line in Oshawa, Ontario in 1959. There is a long history of Canadian connection to the US auto industry. Photo by Herb Taylor. Library and Archives Canada, National Film Board of Canada R1196-14-7-E

Corporations have the ability to operate across international boundaries in a way that blurs those boundaries. The result is a lot of difficulty in being able to tell what the national origin is of many companies and their products. Let’s take the Canadian classic, Tim Horton’s. It’s officially a Canadian company, and has its headquarters in Oakville, Ontario.  However, its parent company is called Restaurant Brands International (RBI), which also owns the American chains Burger King and Popeye’s. RBI is officially Canadian-based too, but has other head offices throughout the U.S.  And RBI isn’t even American or Canadian-controlled. 51% of it is owned by 3G Capital, a Brazilian company. And besides, a “double-double” coffee and Boston Crème donut taste the same, whether its in Kemptville or Ogdensburg.

The pulp and paper industry, and the auto industry, are both highly integrated, too. In mill towns on the border between Maine and New Brunswick, and Ontario and Minnesota, pipes cross the border between plants, carrying ingredients, or energy to keep factories owned by the same company in two different countries operating. Parts cross the border between Windsor, Ontario and Detroit and then often cross the border again as part of finished vehicles. Chrysler Canada has always been proud of it’s minivans that are entirely built in Canada—but all of the parts of them sure weren’t made there. Southwestern Ontario is full of factories that supply outsourced parts to Japanese auto manufacturers located in the U.S. Is a car “foreign” when it’s parts were made in Canada, and the vehicle assembled in the U.S. by a company headquartered in Japan?

Trade, and the economies of Canada and the U.S. are so tightly intertwined, it seems almost impossible to take them apart.  The flow of goods, parts of goods, and the ownership of the companies that make them, proves this.