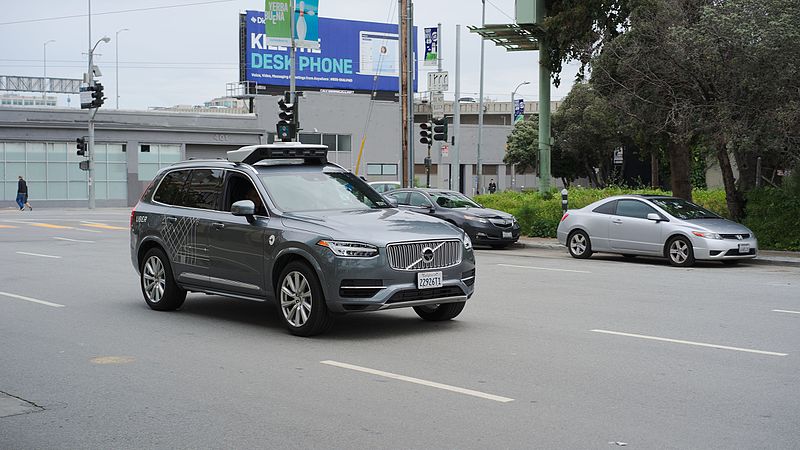 On the streets of Toronto

The development of reliable driverless vehicles (also known as autonomous or automated vehicles) recently hit a big traffic jam when an Uber-owned autonomous  vehicle hit a pedestrian in Tempe, Arizona, who later died from the injuries. There are Canadian connections to the situation. Along with the Tempe, San Francisco, and Pittsburgh, Toronto was one of the four cities where Uber was testing driverless cars to give rides to customers. After the Tempe tragedy, Uber decided to suspend the driverless car experiment in each of the cities.

The Ontario government has really hopped aboard the driverless car concept in the past couple of years. In 2016, it launched a pilot program to allow vehicles without pilots to be tested on the province’s roads. Ontario was the first Canadian jurisdiction to do this and has spent considerable amounts of money on supporting testing research projects and has established guidelines for participants in the testing program.

The government presented a wide range of reasons for getting involved with driverless vehicles. They included reducing greenhouse gas emissions and traffic congestion. The latter is a huge problem in Toronto and the surrounding area, which has the worst traffic congestion in Canada and often rivals bigger cities like Los Angeles and New York for the most congested roads in North America. Torontonians also love anything that makes their city appear “world class” with other major metropolises. Having not just plain old Uber, but driverless Uber, doubtlessly boosted the civic ego.

AVIN on the Avon

The focus of the Ontario government’s funding for driverless car research was however not with Uber in Toronto, but with AVIN—the Autonomous Vehicle Information Network, a branch of a research organization called the Ontario Centres for Excellence. AVIN received almost CDN$ 3 million from the Ontario government when it began the project in 2016 and is still being funded by the province’s Ministry of Research, Innovation, and Science (MRIS).

The small city of Stratford, on the banks of the Avon River, is the seat of agricultural Perth County in southwestern Ontario. Better known known as the home of the Stratford Shakespearean Festival and Justin Bieber, it was selected as AVIN’s proving ground for autonomous vehicle technology. Lauren Souch, a spokesperson for Research, Innovation, and Science Minister Reza Moridi, said AVIN is only in the first phase of its Stratford project and there are no driverless vehicles on the road there at this time and there are no plans to test driverless technology there in the immediate future. The work in Stratford right now involves Connected Vehicle Technologies, which involves vehicle-to-vehicle communication and communications between vehicles and road infrastructure. Souch added that the department is watching the investigations resulting from the collision in Arizona and will make changes to the testing program if necessary.

The Arizona incident is obviously a cause for reconsideration when it comes to the safety of driverless vehicles. Kristine D’Arbelles of the Canadian Automobile Association (CAA), Canada’s counterpart to AAA, said the organization has been very supportive of autonomous vehicles because of benefits they could have for road safety, but she noted that it could be several years—or decades before they completely take over the roads. D’Arbelles said that the CAA believes it is prudent to take the time to get the “regulatory regime” for autonomous vehicles right, and that it is a wise move to take all of the vehicles off the road temporarily while investigations are performed, and changes made in order to keep road users safe.

Driverless cars have created a lot of excitement, but like any other technology, there is always safety and ethical concerns. A crash and a death are obviously in the safety category, but the ethical questions involve personal privacy and freedom of mobility.

One of the most appealing things about automobiles has always been that they give people the right to travel wherever a road can take them, without the restrictions and schedules other types of transportation have. When a driverless car is controlled by a computer and its moves directed by a communications satellite, that element of privacy and choice could be gone. Could certain roads and places only be accessible to certain people? Will drivers and passengers be comfortable with a high-tech company or government knowing exactly where they are while they’re driving home from work or taking the family on a vacation? Of course, there are advantages to driverless vehicles, but technological change always opens big questions over safety and freedom.

3 Comments on “Driverless cars in Canada”