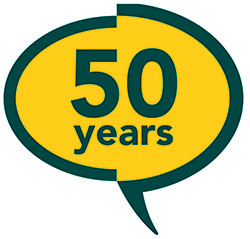 When President Johnson signed the Public Broadcasting Act on November 7, 1967, he said,

Within a few months of that day, 50 years ago this month, NCPR was born. And ever since, we have worked toward that end. The fact that NCPR is still here, half a century later, and still growing, is down to you, the folks who have encouraged and supported us, nudged us toward greater efforts and new horizons, and kept us focused on public service journalism and excellence in arts and entertainment.

That work is as important – perhaps even more important – now than it was in the turbulent year of 1968. Just as then, we are now in a time shaken by violence and division, by mistrust in institutions, by a sense of cultural vacuity, creating a deep hunger for authenticity, good will and truth-telling.

And just as then, we need your support to make that possible. It’s time for our spring fundraising drive, which launches Monday morning.

Please support the mission of public broadcasting in the North Country with your generosity.