Nearly all historians agree Marie Antoinette probably never coined the phrase “Let them eat cake,” a saying already in popular culture before her time. The phrase was ascribed to her by opponents to bolster her reputation as callous and arrogant. She would have seemed far more benevolent if she had said “Let them eat wood.” 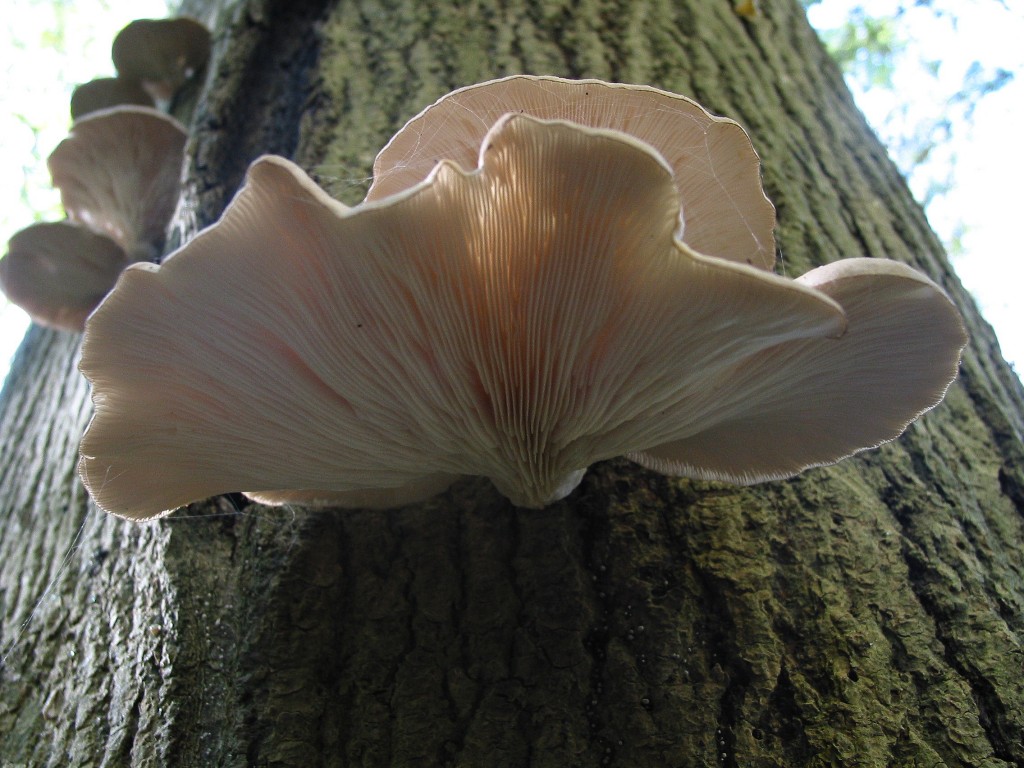 From remote villages to five-star urban restaurants, people around the world consume all manner of delectable dishes featuring second-hand wood. Although that is not generally how it is featured on the menu. Mushrooms such as inky cap, oyster and shiitake have a voracious appetite for wood, a substance that very few organisms eat because it is so hard to digest. Anyone who has tried to dine on lumber can attest to that.

Wood is made primarily of cellulose along with varying amounts of lignin. This latter compound is to cellulose what steel reinforcing rod is to concrete. There is far less of it but it imparts a great deal of strength and resilience. Even professional wood-eating bacteria in the gut of a termite cannot digest lignin. Only certain fungi have that superpower.

There are three basic groups of wood-decaying fungi: soft-rot, brown-rot and white-rot. In scientific terms these coteries are not closely related even though they have the same last name. Apparently for fungi, “rot” is like our “Smith” in that respect.

Soft-rot fungi are very common, causing garden-variety decay in tomato stakes and fence posts. Wooden ones, at least. Brown rot is less common. At some time or other you’ve probably seen its handiwork. This fungus results in a blocky pattern, turning wood into miniature, spongy brown bricks. While brown rot needs moisture to do its dirty work, it is sometimes called dry rot because it readily dries out and is often seen in that condition. Both soft-rot and brown-rot fungi consume only cellulose, eating around lignin like a kid who avoids the Lima beans lurking among the tasty food on their plate.

White-rot fungi, on the other hand, belong to the clean-plate club, digesting every component of wood. This category of fungi can cause serious decay in hardwood trees, although a few species attack conifers. Foresters hate it, but foodies love it. It is the group that gives us Armillaria mellea, a virulent and devastating pathogen that produces tasty honey mushrooms. 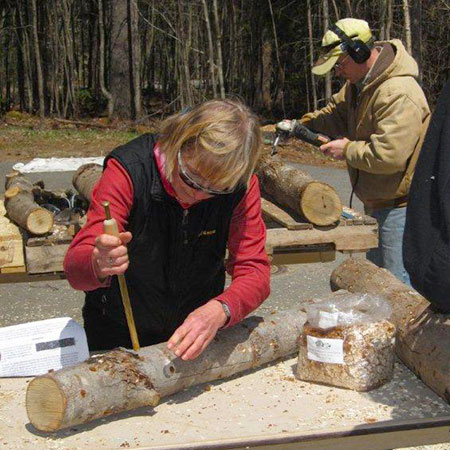 Shiitake and oyster mushrooms are white-rot fungi, although they are saprophytes, akin to scavengers like turkey vultures, not predator-like pathogens. So we don’t have to feel guilty about eating them. Regionally, shiitake farming has, um, mushroomed over the past decade. It is a source of supplemental income for farmers and a source of fun and good food for anyone who wants to try it.

Shiitake prefer oak, beech, maple and ironwood, more or less in that order. To cultivate shiitake, bolts (logs) made of one of these hardwoods are needed. Bolts are typically about four feet long and range from three to eight inches in diameter. Such logs will bear mushrooms for roughly one year per diameter inch. A series of holes are drilled in the logs, and these are filled with mushroom “seeds” called spawn.

As of September 2015, NY State has recognized “actively managed log-grown woodland mushrooms” as a proper—and significant—farm crop. This allows farmers to designate land they use for growing mushrooms as agricultural, making them eligible for tax breaks. (Thanks to Senator Patty Ritchie for helping this come about.) However, the 2015 law does not extend to wild-harvested mushrooms.

Cornell University has been quite proactive in promoting mushroom farming as a source of income for rural residents. In a 3-year study that wrapped up in 2012, Cornell and its research partner institutions determined that that farmers could turn a profit in just 2 years. They found that a 500-log shiitake farm could potentially earn $9,000 per year.

Steve Gabriel, Cornell’s mushroom-farming expert, points out that raising log-grown mushrooms is sustainable and environmentally friendly, in addition to being a viable income source. You can find a great deal more information on the website Professor Gabriel administers: www.cornellmushrooms.org

Fortunately, Cornell Cooperative Extension of St. Lawrence County is hosting a regional hands-on shiitake workshop at the Extension Learning Farm in Canton. Participants can choose from one of two dates: Saturday April 14, or Saturday April 28, from 9:00 AM to 1:00 PM. Everyone who attends will take home their own shiitake mushroom log which they have prepared and inoculated. The log will continue to bear mushrooms for 3 to 4 years. Registration is online through the CCE website: www.st.lawrence.cornell.edu. You may also call the office at (315) 379-9192.