It’s that time of year

There’s just so much happening all at once. Summer is now officially here, and the school year is over. Politics on both sides of the Canada-U.S. border are causing a lot of upheaval. But why not take some time to relax and ignore the big issues for awhile? Summer event season is heating up in eastern Ontario and western Quebec, so enjoy it! The final week of June is one of the biggest times for events and festivals, so let’s have a look at some of what’s happening.

June 24 is not just another Sunday in Quebec, it’s Fête Nationale, also known as St. Jean Baptiste day, or the feast of St. John the Baptist, the patron saint of Quebec. Fête Nationale is a celebration of all things to do with Quebec’s unique culture and identity. In the Outaouais region alone (the area fronting the Ottawa River around Gatineau), there are 32 events taking place in communities large and small. In Gatineau itself, four events are happening. Concerts, entertainment, parades, and lots of food are featured on both Saturday and Sunday in the Aylmer, Hull, and old Gatineau districts of the city. Just north of the border, 20 different Fête Nationale events are happening in Montérégie region communities, including Sallaberry-de-Valleyfield and Huntingdon, which is only a short drive north of Chateaugay, New York.

Cornwall and Ottawa this weekend 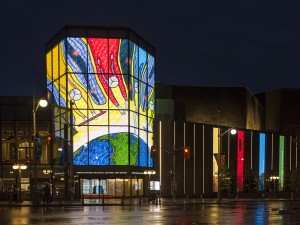 A couple of interesting things are happening in the Cornwall area. The Robert Saunders-St. Lawrence Power Development in Cornwall, which is the Canadian half of the Robert Moses Generating Station in Massena, is celebrating its 60th anniversary on Saturday with special events at the visitor center and guided tours for the first time in many years. And north of Cornwall in Maxville, the annual fair is taking place on Saturday and Sunday. Martintown, a historic village on the banks of the Raisin River, is hosting its annual Strawberry Festival on Saturday too.

This weekend in Ottawa, the Ottawa Summer Solstice Indigenous Festival continues until Sunday at Vincent Massey Park in the south end of the city. Close by, the Tim Horton’s Ottawa Dragon Boat Festival is celebrating its 25th anniversary at Mooney’s Bay Park. The Ottawa Fringe Festival is taking place at various locations in the city, and it’s the final weekend of Italian Week, which is centered around the Little Italy neighborhood on Preston Street. 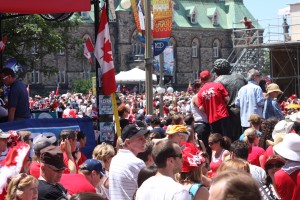 The following weekend is festival frenzy. Sunday, July 1 is Canada Day. Although last year Canada was celebrating its 150th anniversary, celebrations are looking just as big for this year in Ottawa. Events and activities will be happening on Parliament Hill and in Major’s Hill Park downtown, and on the Canadian Museum of History grounds just across the river in Gatineau. Parliament Hill livens up even more in the evening with top quality Canadian talent on stage and a big fireworks display. Down the Ottawa River, communities between Rockland and Hawkesbury will be celebrating their big river. The Ottawa River Festival features many different watersports, entertainment, and food events. Of course, high-speed boats are part of the action, but there are also many quieter, slower, and physical watersport activities like paddle boarding and kayaking.  There are also going to be beachfront events, too.

It’s a festival and event extravaganza in eastern Ontario and western Quebec over the next week. Summer is short in this part of the world and everyone wants to get outside and enjoy it as much as possible. Why not make it part of a weekend road trip or a stop on a summer vacation?