Subscribe
iTunesSpotifyGoogle PlayRSS
by James Morgan on May 29th, 2017 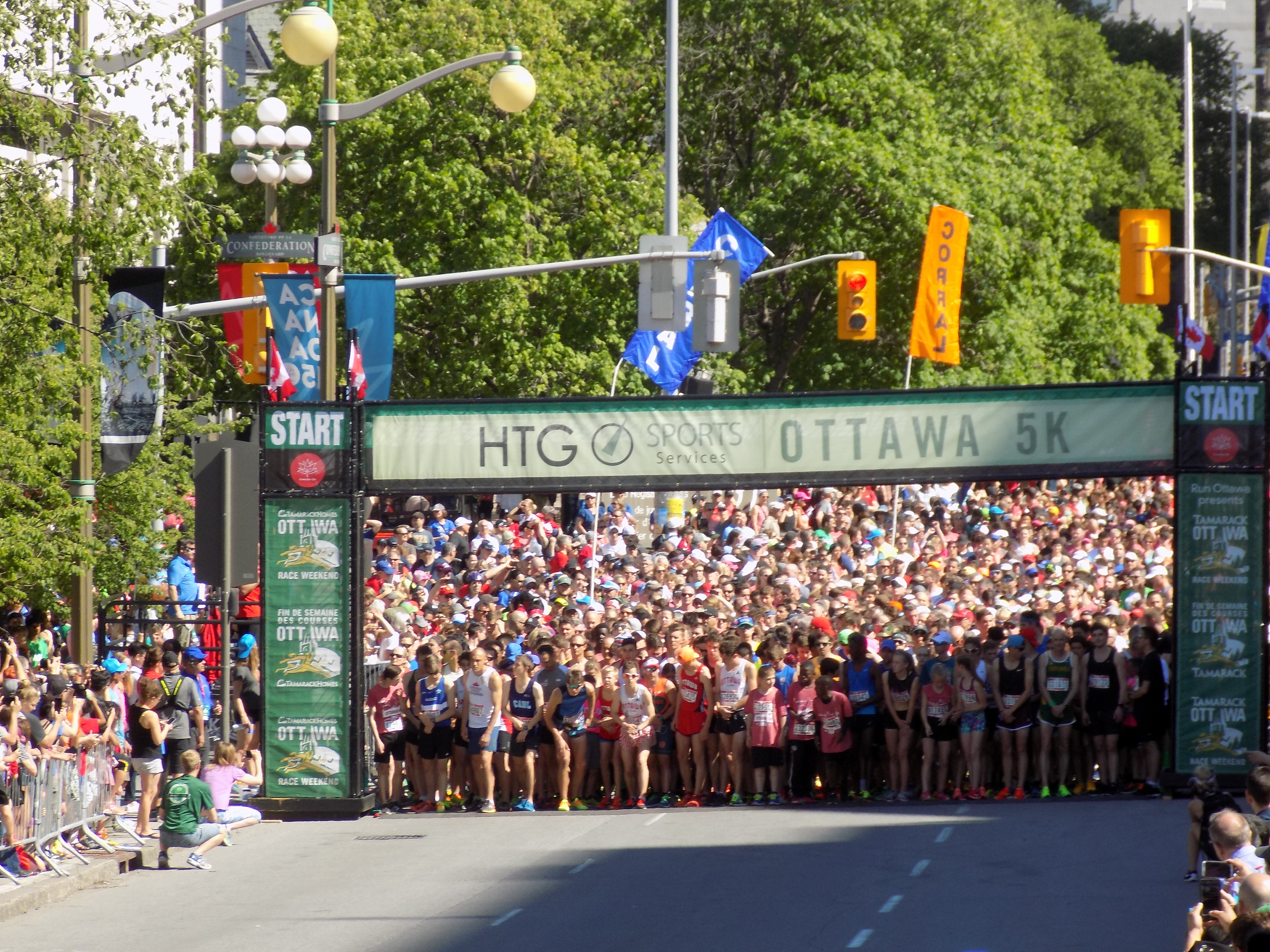 Ottawa was on the run all weekend. The 2017 Tamarack Ottawa Race Weekend took place and attracted thousands of runners from around the world who ran through the streets under sunny skies. The annual event is organized by Run Ottawa.  Short races included runs for children and families, two kilometers, five kilometers, and 10 kilometers.  The big two races were the half marathon (21 kilometers), and the marathon (42 kilometers).

Thousands of spectators lined the routes of the various races to cheer on the runners and just generally be amazed by the determination and physical condition of the participants. I personally watched a family running event from the window of an Elgin Street restaurant on Saturday afternoon. While I ate a ridiculously large serving of poutine, parents passed by—some were pushing baby carriages, and all had small children with excited faces and fast-moving legs running beside them.

After filling my face and watching the fit families, I watched the more serious runners start their 5 km race.  They began in waves from the start line at the corner of Elgin and Laurier and headed north to Wellington Street where they turned right, crossed the Rideau Canal, and then right again onto Colonel By Drive. 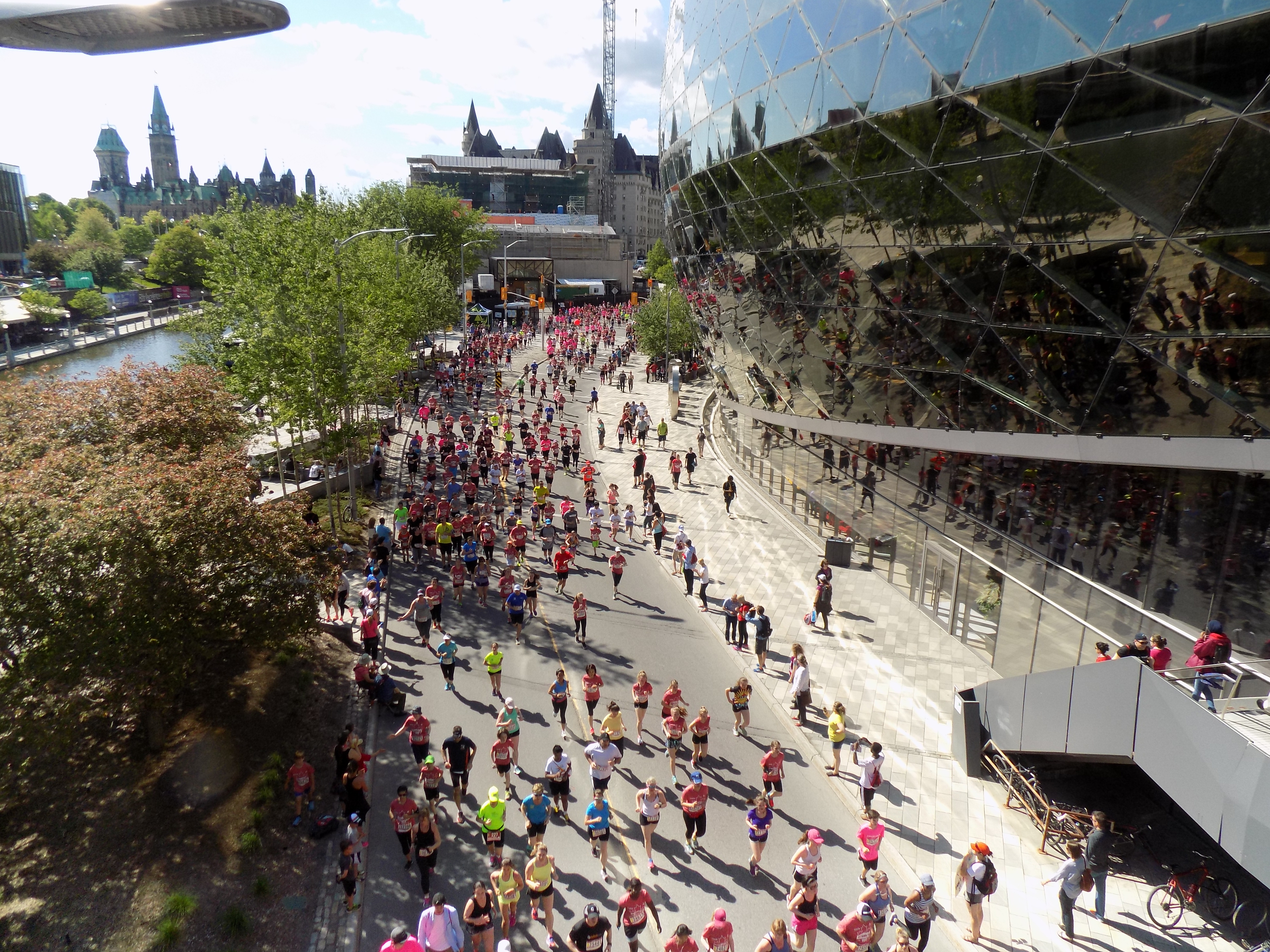 Runners raced along Colonel By Drive between the convention center and the Rideau Canal. Photo: James Morgan

Race Weekend is one of Ottawa’s biggest events of the year. It’s also one of the busiest. Road closures for race routes leads to traffic jams and detours. Even for non-runners though, there’s something exciting about watching the Race Weekend events. They’re a reminder of human determination, physical fitness, and the enjoyment of the city’s precious months of warm weather.