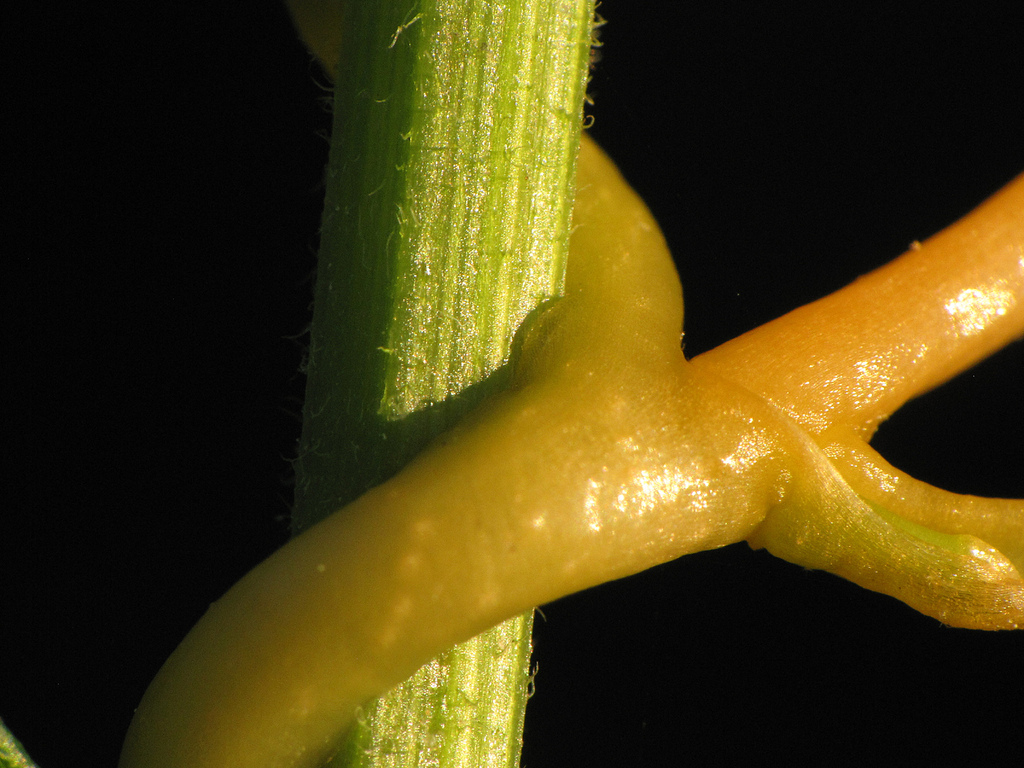 Considering the climate where the personification of evil is alleged to make his home, you’d think the devil would wear flip-flops or something, but it seems he prefers lace-up footwear (Prada, I’m told). “Devil’s shoelaces” is one name applied to dodder (Cuscuta spp.), a parasitic plant that looks more like creepy yellow-orange spaghetti than a plant. Dodder is known by a whole slew of unflattering titles including wizard’s net, strangleweed, witch’s hair, and hellbine. As these names suggest, dodder has earned itself quite a sinister reputation, which is no big surprise, since parasites generally inspire collywobbles, not cuddles.

But the leafless, ghostly pale, tentacle-like dodder really ramps up the squirm factor. Research has shown it is able to recognize which plants are around it by sense of smell. Every plant gives off a unique blend of compounds such as terpenes, alcohols and esters, making it easy to tell cilantro from tomatoes by just a sniff. Not only can dodder distinguish one plant from another, it can sense which is more nutritious, and will move toward that one with great precision, and attack it. 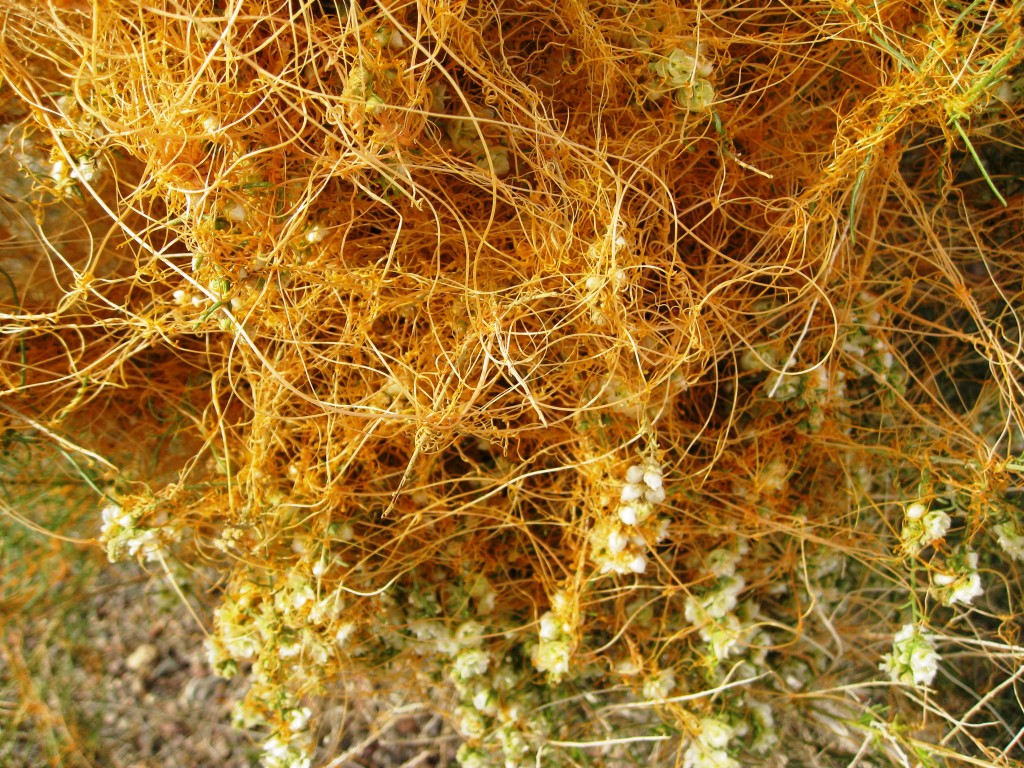 In the words of Consuelo De Moraes, an assistant professor of entomology at Penn State who studies parasitic plants, dodder “exhibits an almost animal-like behavior.” It’s enough to make you afraid to stand still in the garden for very long.

Because it lacks chlorophyll, dodder needs to vampirize other plants in order to live and reproduce. With the exception of grasses, it can parasitize nearly any plant, but it is especially fond of tomatoes, potatoes, azaleas, legume forage crops, dahlias, petunias, and ivy. Once it reaches its intended victim, dodder inserts root-like filaments called haustoria into the phloem vessels of its prey and begins sucking out nutrient-rich sap. Obviously this is not the best thing for its victims.

In fact it can be devastating. Julie Kikkert, a specialist with the Cornell Vegetable Program, states that a dodder infestation can reduce commercial carrot yields by between 30 and 100 percent. She also notes that dodder produces a tremendous number of seeds very quickly, and that its seeds can remain viable in the soil for as long as 60 years. Obviously, long crop rotation is not a practical way to manage this pestilence.

It turns out that dodder is a real challenge to control. If you find it in your garden or landscape, hand-pull it as best you can. Then prune out and destroy all plants that it has parasitized. Vegetables may have to be thrown out, but for woody plants, prune back the stem an inch or so from the point where dodder has penetrated it. 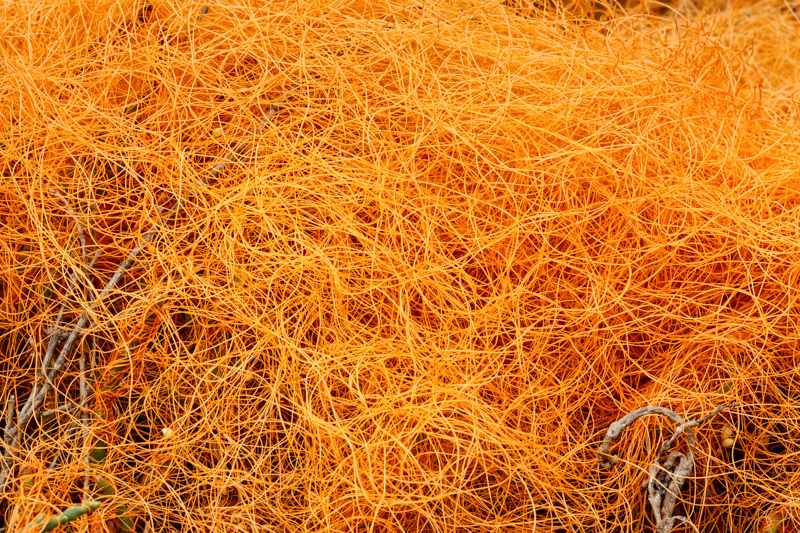 Unfortunately there are few herbicide options. Since a nonselective herbicide kills all types of plants, there are not many situations where that can be used. Ideally, a preemergent herbicide (one that inhibits germination) could be helpful, but dodder must be listed on the product label. There is some evidence that corn gluten meal, which is considered nontoxic, might inhibit germination. It is available at some garden centers, and online.

The other meaning of dodder, of course, is to amble weakly; totter feebly. If I reach an age where I hear someone refer to me as a doddering old man, maybe I’ll be able to frighten them with a few facts about the devil’s shoelaces, the creepy orange-tentacled, plant-hunting vegetable vampire. If I can remember the details by then.