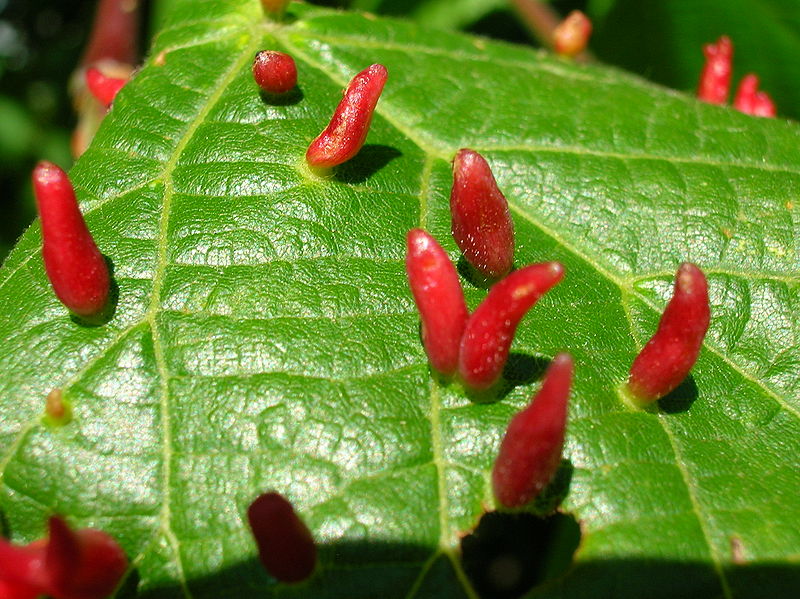 Issues around complexion are not limited to teenage acne and the middle-age plight of hairs suddenly appearing in odd places. I am fairly sure science will one day prove that trees get embarrassed when their once-pristine leaves begin sprouting what look like whiskers. Warts and pouches may show up as well. For reasons I won’t try to explain (because I have no idea), this year seems to be worse than usual for leaf “skin” eruptions.

The good news for both you and your trees is that these growths are harmless. The bad news for you guys is that there is really nothing you can do about them. Whether spindle-shaped or purse-like, these are galls which form as a result of tiny critters called eriophyid mites living inside.

One would think the word mite says it all, but even other kinds of mites call eriophyids small. Ranging from 0.1 mm to a whopping 0.3 mm, you really need a dissecting scope to see them. 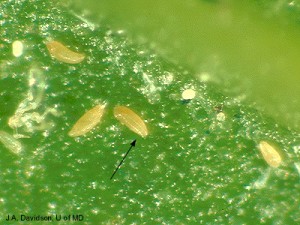 “Even other kinds of mites call eriophyids small. Ranging from 0.1 mm to a whopping 0.3 mm.” Photo: University of Maryland Extension

An Extension bulletin from Florida describes them as follows: “They resemble cigars, with the head and legs located on one end of the body. They have two body regions: mouthparts (gnathosoma) and the rest of the body (idiosoma).” I love the idea that a mite is composed of a mouth and “everything else.” No sense getting bogged down in details.

Eriophyid mites insert their threadlike mouthparts into leaves to feed on plant juices. As they begin feeding, they exude a chemical which causes the leaf to grow abnormally and create a gall in response. Every mite species has a different compound, one which produces the best-suited house for its ilk. This is very appealing, the concept of giving a tree an injection so it will build you a house, and I wonder if maybe we look into that for human habitation.

In most cases, each eriophyid species is associated with a particular type of tree, or sometimes a single genus or family of trees. Cherries, maples, walnuts, ash, and elm are among the many woody plants affected by leaf galls. There are at least a dozen trees and shrubs in North America which at one time or other are forced to build homes for mites. Most woody plants are affected by just one species of eriophyid mite, but maples have at least five species that lay claim to it. 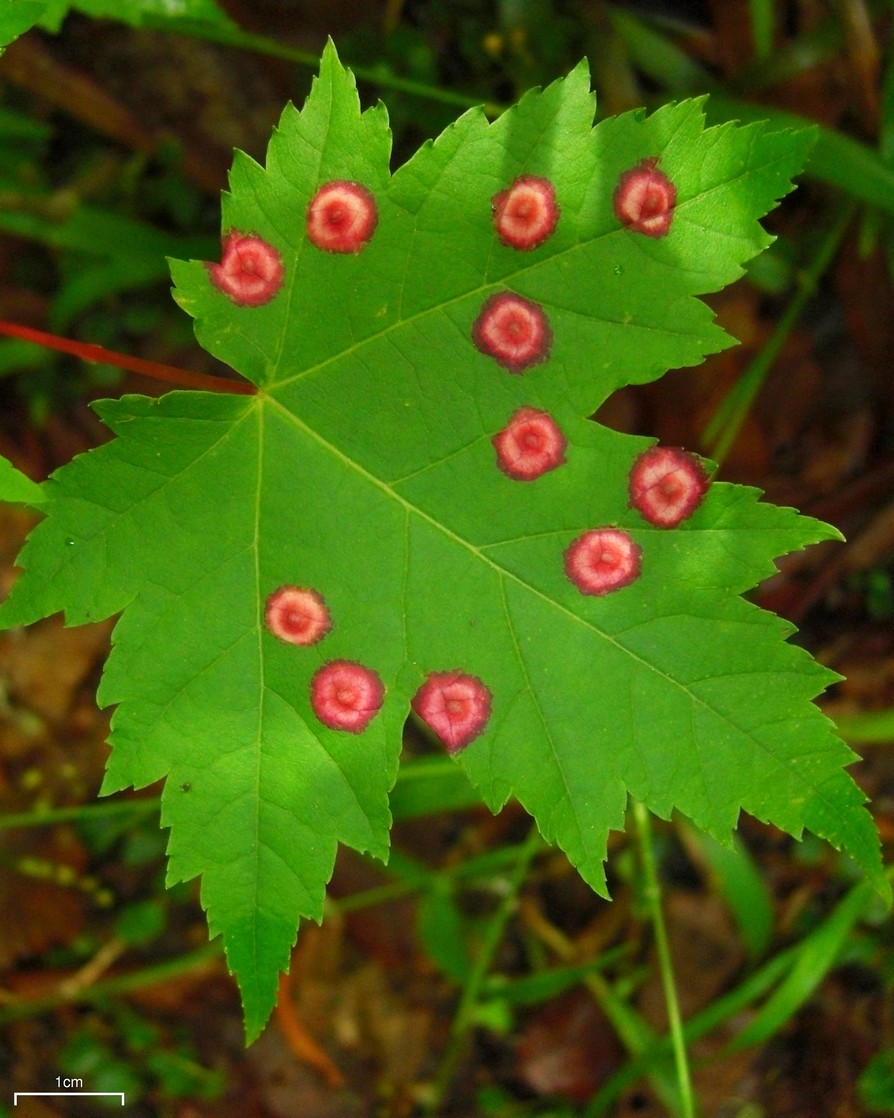 Mature eriophyid females can lay as many as 100 eggs, and with a life cycle of four to six weeks, there can be several generations per season. Although mites have no real means of moving from place to place, they have come up with the strategy of actively hitching rides on insects that land within reach.

It is a good thing that, except in very rare cases, eriophyid mites do not impact a tree’s health, because they are a challenge to control. By the time the galls appear, it is too late to do anything about it, because the mites ensconced within them are protected from sprays as well as predators. There are a couple of miticide products available, but they are some of the more highly toxic pesticides out there, and would wipe out all insects, including beneficial ones, in the treatment area. Of course a miticide would have to be used early in the season as a prevention. And because of the challenge of obtaining good coverage on a large tree, spraying would require a licensed pesticide applicator.

Controlling mites could be very expensive, poses some degree of environmental risk, and does nothing for the tree. If you are concerned your maple may be emotionally scarred by those hair-like spindle galls on its leaves, it would be a lot cheaper to go at them with an electric razor.