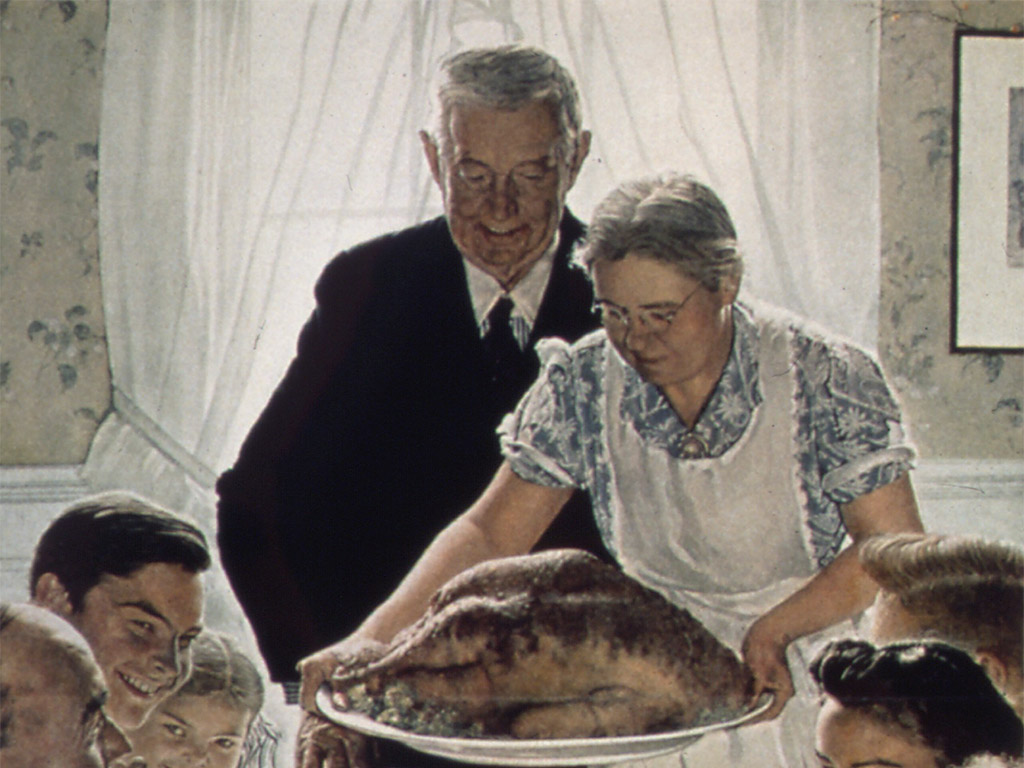 Grandmother’s house was over the river (the Susquehanna) and through the woods (of the Southern Tier), and to it we would go all the years of my growing up at Thanksgiving time. Family plus dog rattling along in whatever Corvair or Rambler or Pontiac wagon had last caught my father’s eye on the dealer’s lot. One year it was a Borgward Isabella. Don’t ask.

The dining room table would have all its leaves in, with a card table stuck on the end to accommodate the youngest kids, those most likely to interrupt grown-up talk and make a mess of the good tablecloth. Me, for example.

The same collection of aunts, uncles, parents, squabbling siblings, cousins, in-laws, and kin of more obscure connection would appear – men to the living room to gas about work, politics and sports, women to the kitchen for all the heavy lifting, and kids to the basement where a regulation pool table held pride of place.

This was a gathering of solid, respectable people – like the mid-20th century brick house that my grandparents built after WW2 – except, perhaps, for the uncle who addressed all the girls as “Firecracker” and drank a little more than Pennsylvania Presbyterians might like to see.

One would have to visit the shady hill above town to see them all now, except in memory. And the world of certainty, security and conventional expectations they built has passed away as well.

It doesn’t do to dwell overmuch on the past. The light of nostalgia obscures the darkness, the slaughter and terror of war, the grinding poverty of the Great Depression, the injustices papered over with tradition, which gave rise to their choices.

Thanksgiving is the time to give thanks for what we have been given now. I open to floor to suggestions. . .

9 Comments on “Giving thanks, past and present”