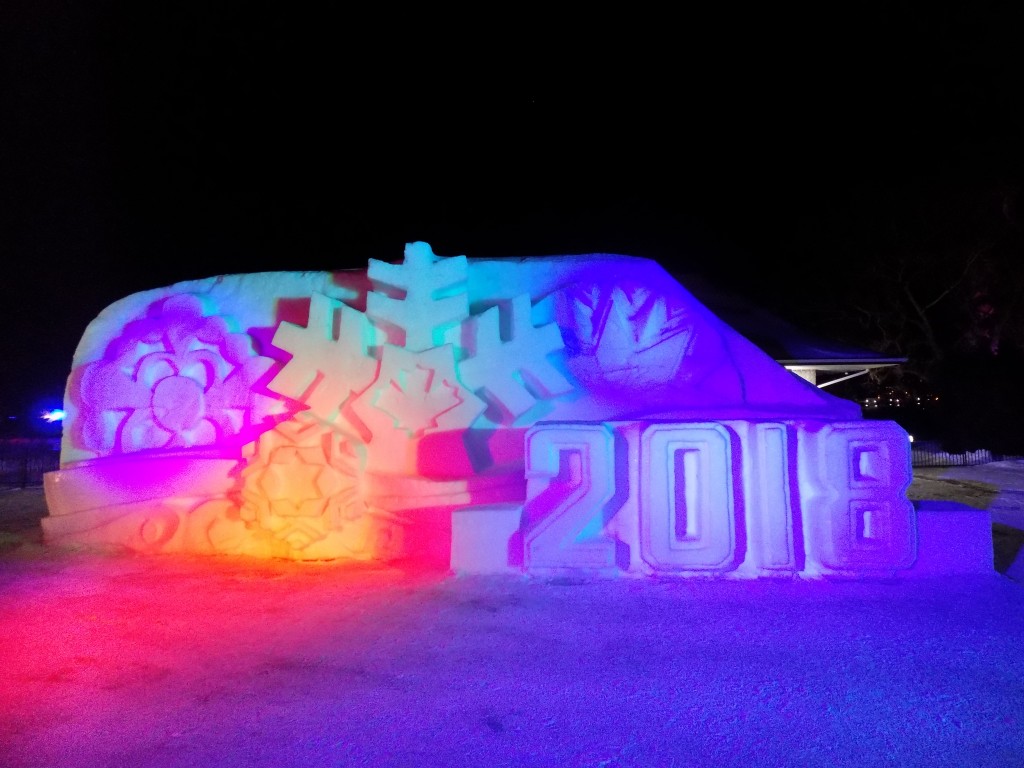 Ottawa and Gatineau’s annual Winterlude festival is celebrating its 40th anniversary. But, there’s also Mosaivernales, an exhibit of 25 snow and ice sculptures at Jacques Cartier Park in Gatineau. The word Mosaivernales is a blend of mosaic and hivernales, a French word for winter. So, it basically means winter mosaic. Last summer, the park was the site of the highly popular Mosaicanada150 plant sculpture and topiary exhibit that attracted 1.3 million visitors.

Mosaivernales is described as “An illuminated journey amongst mythical icons, fairies, and gods sculpted in snow.” It incorporates some of the designs used in Mosaicanada150 but most of it is composed of entirely new works.

The art is the work of a team of 20 master sculptors from Harbin, China. The exhibit explores various themes of winter, nature, Indigenous culture, Canadian heritage, and Asian culture. Light is what really sets this exhibit apart from ordinary snow and ice sculpture displays, so its only open in the evenings.  Unlike the summer exhibit which was free, there is a $10 admission charge for Mosaivernales. I recently went on a very cold evening (-5F/-20 Celsius) and took in the sights. 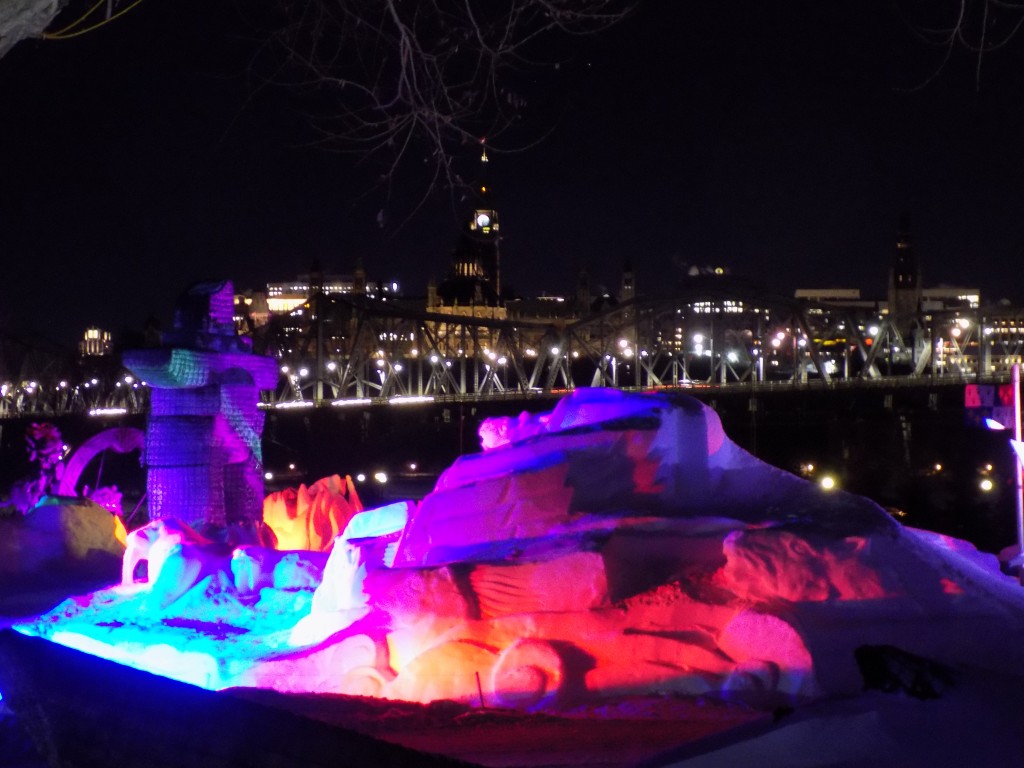 Mosaivernales in with the Alexandra Bridge and Ottawa skyline in the background. Photo: James Morgan 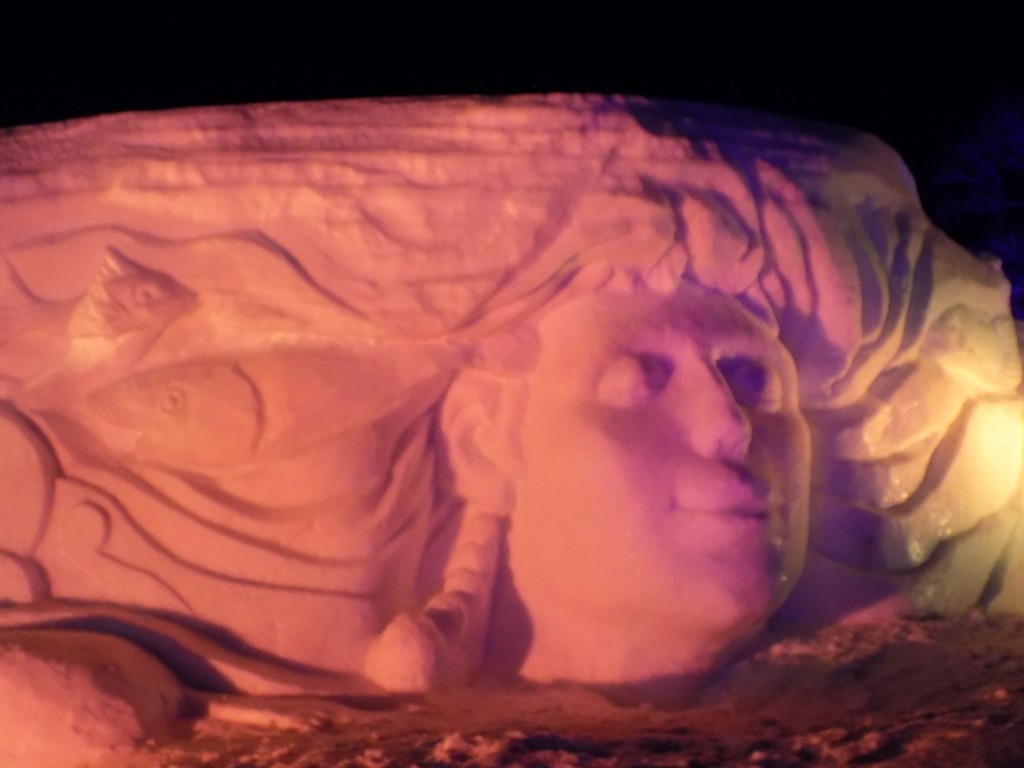 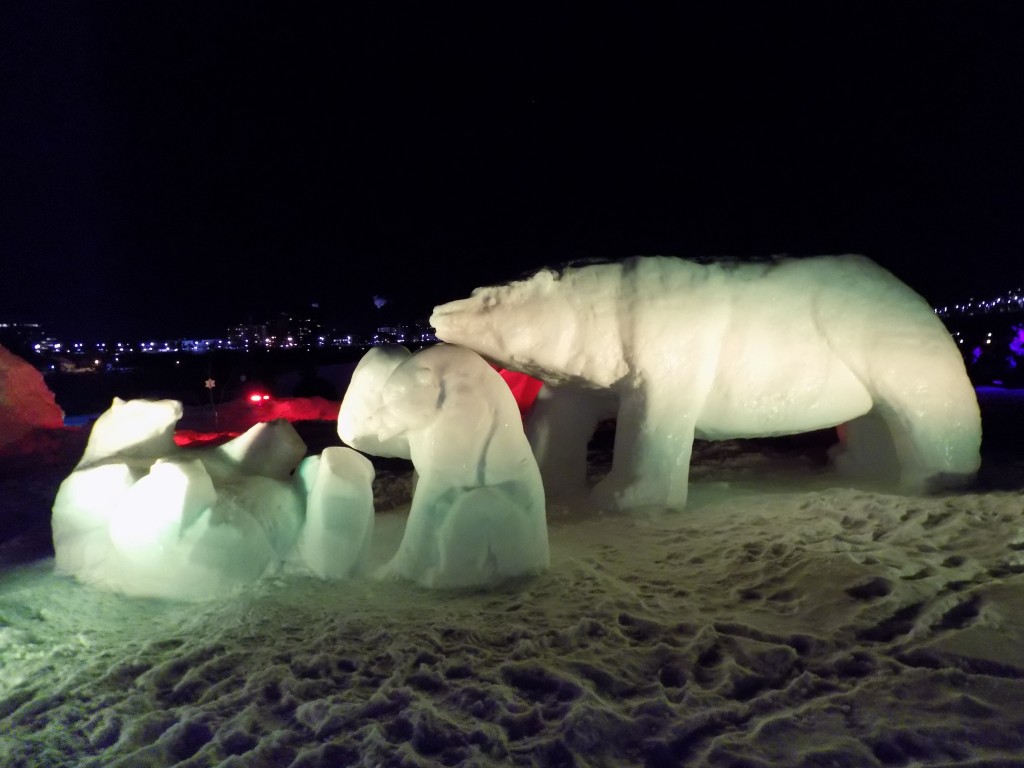 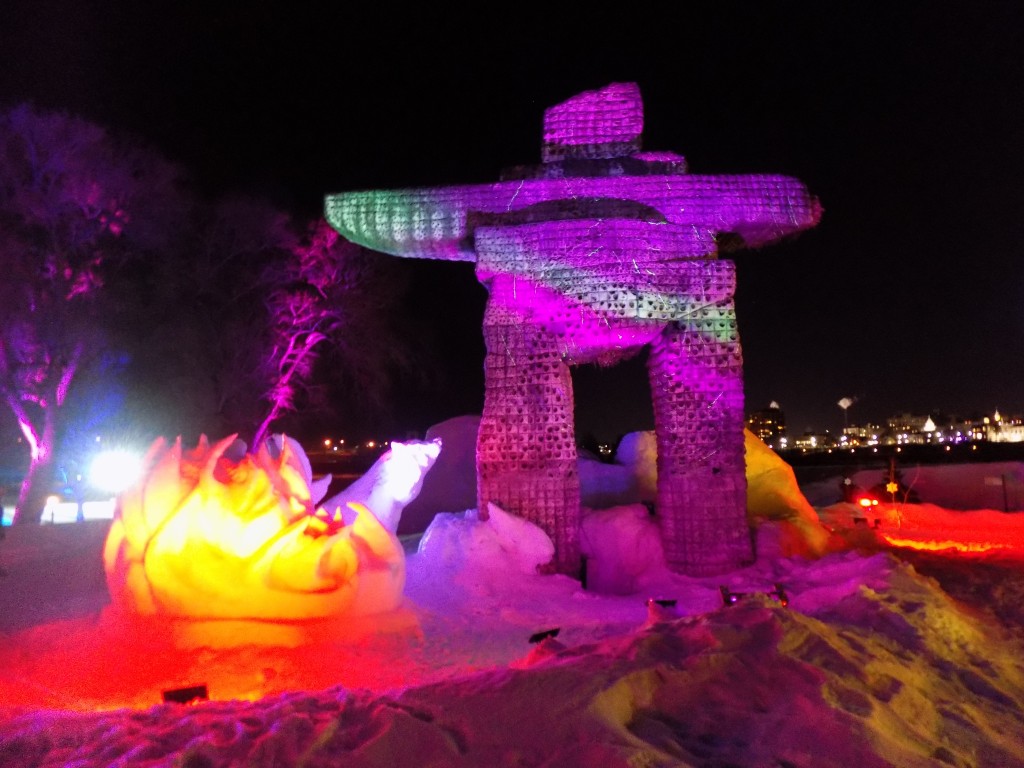 This part of Mosaivernales includes the Inukshuk, an Inuit wayfinding marker, that was part of the summer display. It’s been changed to reflect a more arctic winter theme. Photo: James Morgan 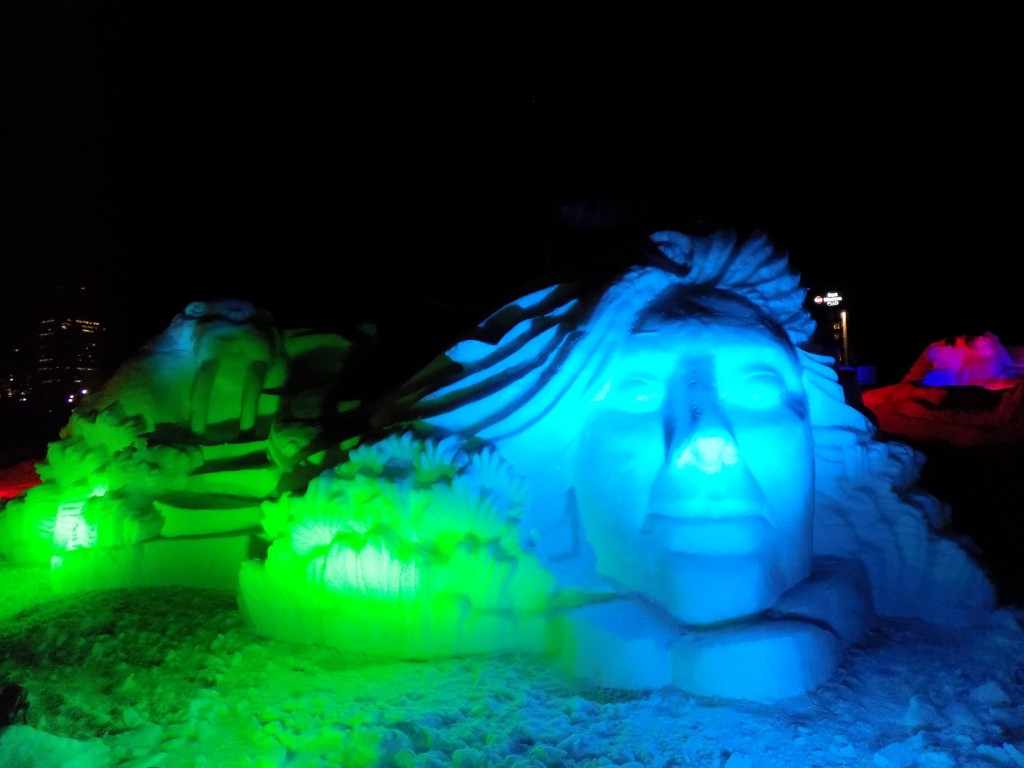 A walrus and a woman.  Photo: James Morgan 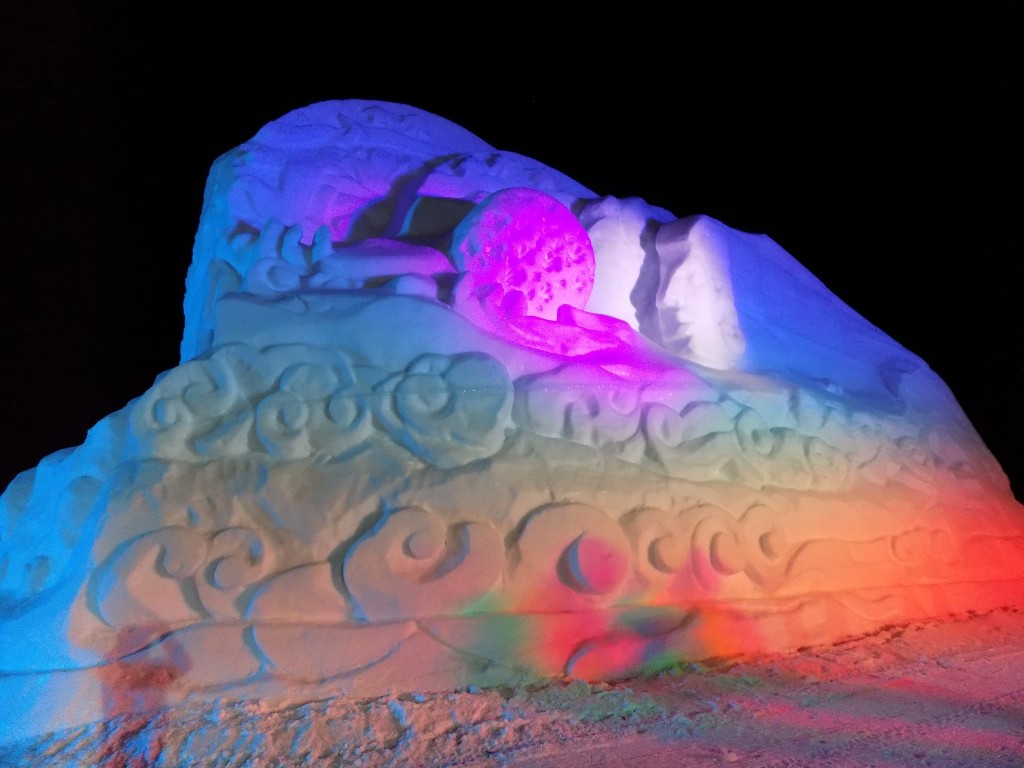 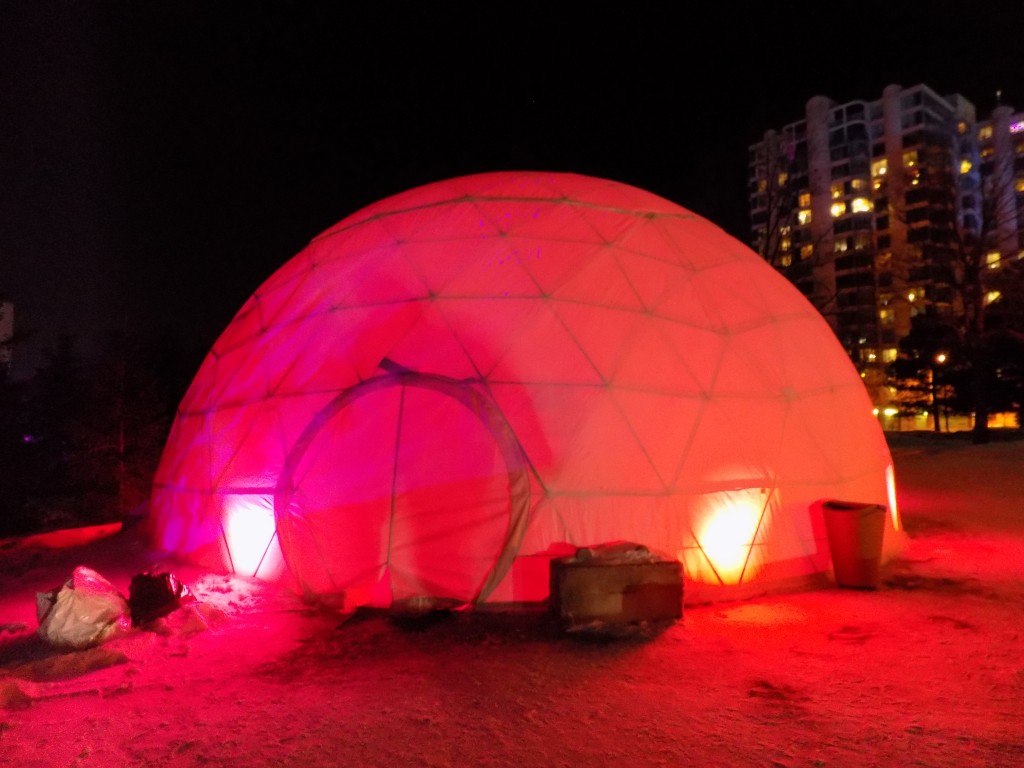 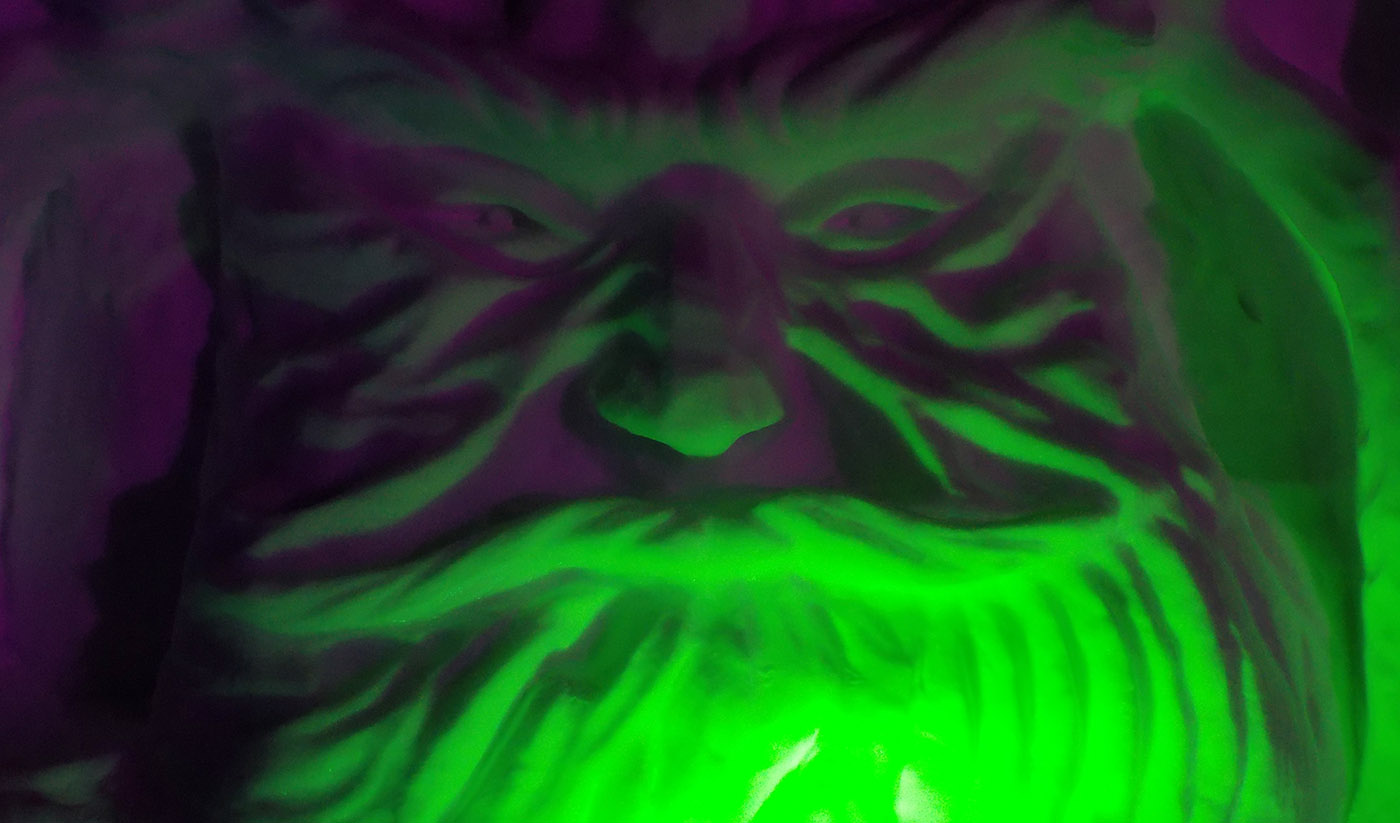 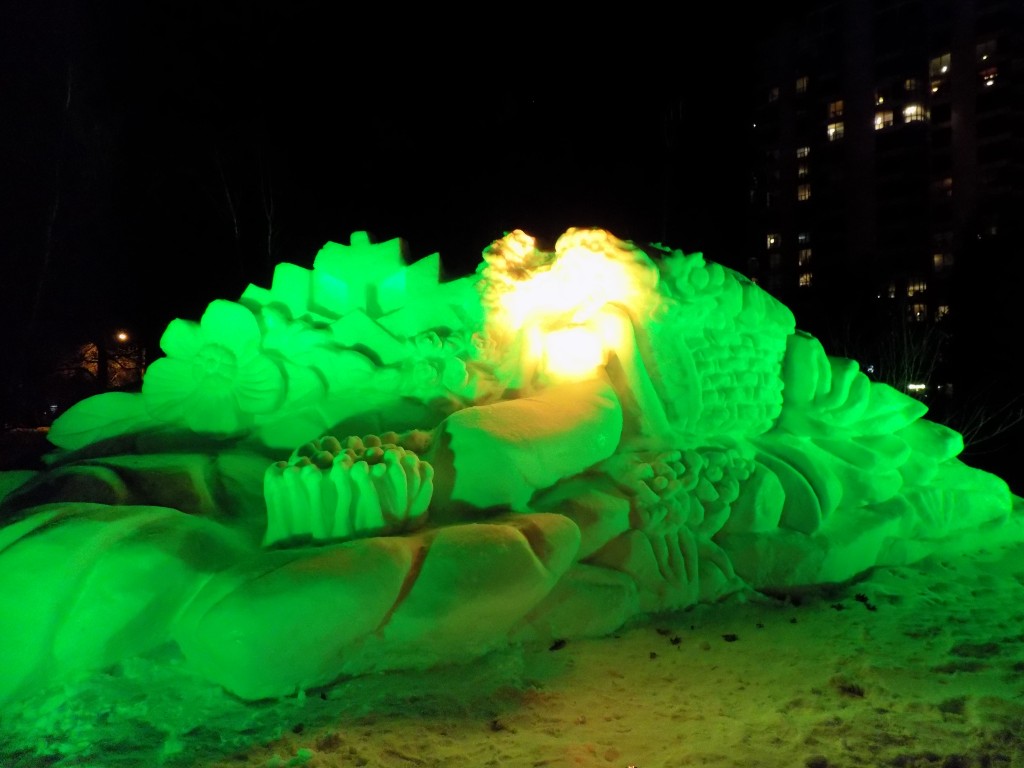 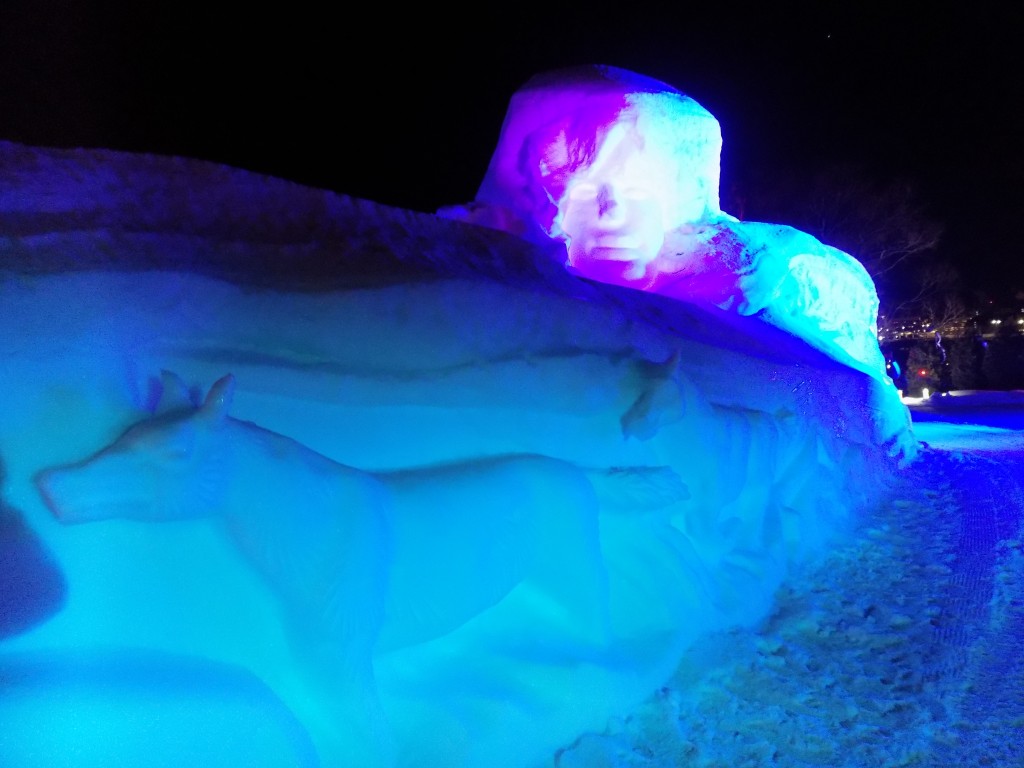 Winterlude continues until February 19 at various locations throughout Ottawa and Gatineau.