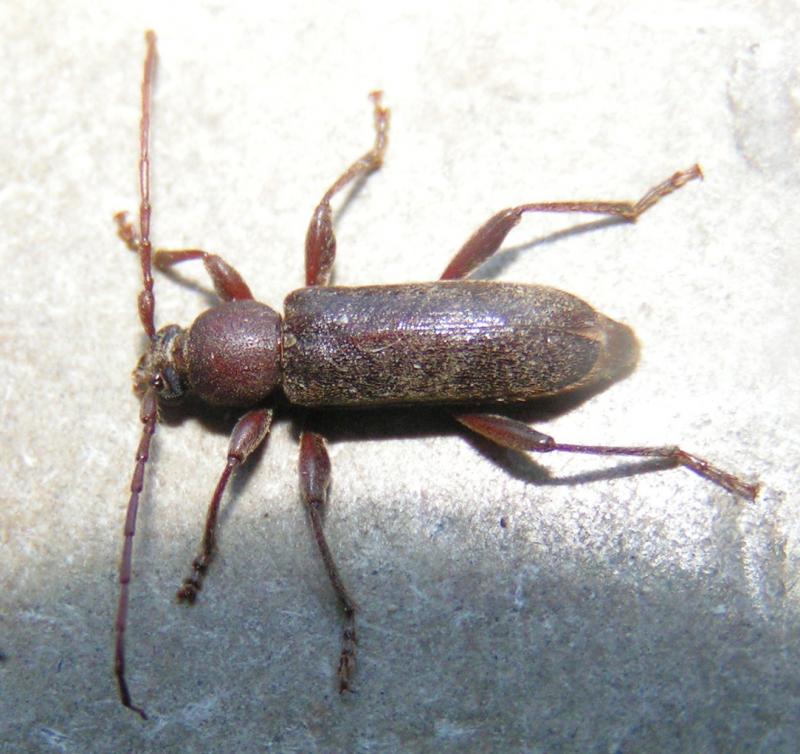 Some invasive insects appear to be trying to win us over through sly public-relations moves. Emerald ash borer (EAB), the Asian beetle killing our ash trees, arrived looking like it just came from a Mary Kay convention, all bright, glitzy and glitter-coated. And it could have been simply called the green ash borer, but instead managed to get itself branded “emerald,” something everyone likes.

A new forest pest on the horizon seems to have taken a page from EAB. Trichoferus campestris, better known as the velvet longhorned beetle, has cleverly brought the cuddliness of the Velveteen Rabbit and the romantic image of Texas Longhorns together in its name. Don’t be fooled by this brilliant strategy, though. Let’s pull back the curtain and expose the velvet longhorned beetle (VLB) for what it really is.

Native to eastern Russia, most of China, Korea, and parts of Japan, VLB is smaller and less glossy than its cousin the Asian longhorned beetle. Its antennae, or “horns,” are also much shorter. Ranging from 11mm to 20mm (about 7/16” to 3/4”), it is brown, with patches of fuzzy hairs on its wing covers.

The main issue with velvet longhorned beetle is that it infests and kills several tree species, including pine, spruce, willow and birch, although its favorite is apple. It has an unusually long life cycle, in some cases taking more than two years to mature. But it is more interesting than other boring insects.  It is able to infest almost any kind of dry wood. Not just dead wood, but powder-dry wood below 20% moisture. In fact, it has emerged from imported rustic furniture a full 18 months after it had been purchased, which is one of the ways it has found its way around North America.

Since 1999, VLB has been found in at least ten US states as well as one Canadian province, though most of those detections are not believed to be from established populations. The largest North American infestation may be the area around Salt Lake City, Utah, with another in the twin cities of Minneapolis-St. Paul, MN. Fortunately VLB does not seem to have spread as quickly as Asian longhorned beetle, nor has it been as devastating.

However, much is still unknown about VLB and its potential to damage regional ecosystems. There is some discrepancy between studies in terms of VLB’s host preferences and other aspects of its biology. One of the challenges in studying it is that no one has yet come up with a reliable pheromone lure. Trapping is done by pulsing specific light wavelengths over the course of a night, a labor-intensive process that yields erratic results. 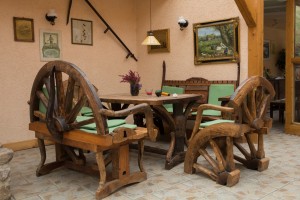 Imported rustic furniture that includes bark is a great way to import the larvae of this invasive species. Photo: public domain

One take-home message is that we should be careful about what we take home. Any imported rustic-style furniture where the bark is still intact could harbor velvet longhorned beetle larvae, and as mentioned, it can be a year or more before one would notice anything. Another theme is that we should be wary of slick marketing.

2 Comments on “Invasive velvet longhorns: Not a Texas plush toy”