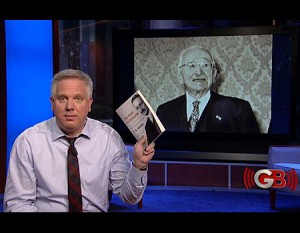 I was watching Fox News over the weekend and interviewer Chris Wallace tossed off a bit of information that made me blink.

Wallace was talking about the latest Republican battle plan for the 2010 midterms, a pamphlet called “Tread Boldly, which he described as ” a “big, glossy pamphlet, 22 pages, pictures of Margaret Thatcher and Winston Churchill…”

Since Democrats took the majority in 2006, Republicans have lambasted them for trying to “Europeanize” the United States, and for introducing “foreign” ideas.

On the eve of President Barack Obama’s election, the Wall Street Journal published an op-ed warning of the “Europeanization of America.”

Then, last year, Senate minority leader Mitch McConnell blasted Democrats for making what he called “an audacious effort to Europeanize the country…”

This spring, conservative columnist Johan Goldberg wrote in the conservative National Review, “By now you may have heard: America is on its way to becoming another European country.”

The sub-text is obvious:  We conservatives are normal, salt-of-the-earth Americans.  Democrats are…something else.

But then it’s the Republicans who actually paste photographs of foreign leaders into one of their policy booklets?  That’s pretty weird.

(Can you imagine the firestorm if Democrats pasted photographs of Pierre Trudeau or Francoise Mitterand into their campaign literature?)

The truth, of course, is that both sides of our political debate — conservative and liberal — lean heavily on influences that are at their core non-American.

I don’t say “un” American, because one of the enduring strengths of our culture is our ability to Americanize just about anything.

We’ve cheerfully co-opted everything from the Beatles to the tune of our national anthem, which is set to the music of a popular English drinking song.

Conservatives might argue that embracing things British (Thatcher and Churchill, for example) is slightly less offensive than cozying up to those suspicious Continentals.  (Remember Freedom Fries?)

But even here, the facts are a little more complicated.

Until the late 1800s it was Britain and British ideas, and not those of Continental Europe, that drew the ire of loyal Americans.

The greatest of our Founding Fathers — remember them, the guys who were divinely inspired and could do no wrong? — came to despise England, an enmity that lingered for much of our early history.

Thomas Jefferson argued that the English were a “nation who never admitted a chapter of morality into her political code!”

The second odd twist here is that it is now the liberals who are embracing British ideas, while conservatives are cozying up to an intellectual movement that formed on the Continent.

Most center-left thinkers in the US draw the core of their policies from John Maynard Keynes, the late British economist who died in 1946.

Meanwhile, America’s center-right coalition is influenced heavily by a group known generally as the “Austrian school of economists.”

As the name implies, libertarian economic theories shaping the GOP and the tea party movement (Ron Paul is a big fan) originated with a group of scholars and professors in Vienna.

(One of the foundational texts of the modern American conservative movement, I kid you not, is a work by Carl Menger called Grundsätze der Volkswirtschaftslehre.)

Here’s how Barron’s magazine described the ideological clash in an article last week.

It may not rank ith the Hatfields and the McCoys, but there’s a battle raging. It’s the Austerians vs. the Keynesians.

In one corner are the advocates of fiscal austerity, many of whom are adherents of the Austrian School of economics. Hence, the contraction into “Austerian.”

Their motto is to rip off the band-aid and get the pain over with.

Opposing them are the Keynesians, who contend it’s counterproductive to tighten belts when people are hungry.

To cap all this not-from-around-here strangeness, Glenn Beck has turned one of the Austrian school’s leading thinkers, F.A. Hayek, into something of a best-selling author, urging viewers to read his “The Road To Serfdom.”

Most conservatives, of course, would prefer to keep the academic ivory tower European pedigree of their policy proposals on the down-low.

They’re more comfortable with the idea that their vision of America’s future is cut from purely American cloth.

But for better or worse, we’re a mix-and-match society, the product of immigrant people and immigrant ideas.

That’s as true for Mitch McConnell and Sarah Palin as it is for Barack Obama and Nancy Pelosi.