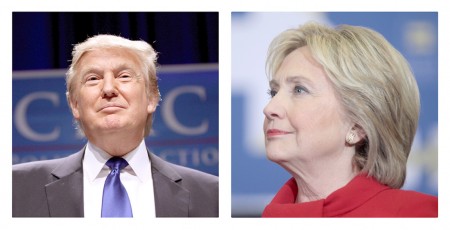 It’s a sign of how bizarrely we journalists have “normalized” Donald Trump — and how unprepared reporters are to tackle the Trump phenomenon — that we’re discussing whether or not the debate moderator tonight should fact-check him.

Baked into the conversation is the unstated assumption (by reporters, not by editorial writers) that Trump will lie, that he will say factually untrue things deliberately over and over.  It’s an assumption based not on political bias, but on what we’ve observed over the last year. Yet journalists don’t clarify this for the audience.

We don’t turn to the camera and say, “We’re struggling with this because we have a candidate here who is behaving in completely new ways, violating long established boundaries not only of decorum and civility, but also of honesty.”

We know factually that Mr. Trump supported the Iraq War. He is on record doing so. The video exists. Yet he continues to claim that he opposed the invasion from the outset, in contrast with Hillary Clinton who voted to support military action.

We know factually that Mr. Trump is perfectly within his legal rights and would suffer no penalty from the IRS if he released his income tax records. Yet he continues to claim that an IRS audit now underway precludes him from disclosing his financial record.

We don’t say bluntly and simply that Mr. Trump is lying when he argues that the President of the United States was born outside the United States or when he says that America’s taxes rank among the highest in the world.

Instead, we reporters have fallen into the habit of talking nervously in our own code speak about Trump and his “whoppers” or his “questionable claims” or, in this case, debating whether or not he should be fact-checked in real time during a debate.

In this case, there is a very real possibility that significant amounts of Donald Trump’s argument tonight will be based on factually false claims, about himself, about the world, about history.

Did Clinton attempt to downplay the significance of the email scandal? Sure. And journalists should report on that aggressively. Indeed, we have done so.  And obviously, if Clinton tells a whopper of her own tonight – contradicting known facts – she should be called on it.

But what we’ve seen from Donald Trump, steadily and consistently, is different by orders of magnitude. We’ve seen the echoing of out-right lies and conspiracy theories and demonstrably false personal attacks, repeated by the Republican nominee over and over even after they’ve been fact-checked and corrected by independent observers and repudiated by members of his own party.

We need to portray this accurately in real time, not because we’re biased against Trump, but because our job is to report on the real world not some artificial version of “balance.”

In the absence of that kind of reporting, voters need to bring their own awareness, skepticism and sharp memories to tonight’s event.

Maybe we’ll see something different. Maybe Donald Trump will speak factually and accurately about his own record supporting the Iraq War or about his role in promoting the racist conspiracy theory known as “birtherism.”

But if Trump lies about these things — or about his philanthropy, his taxes, about Hillary Clinton starting the “birther movement” or about his many factually documented business failures — the audience should be ready to go it alone.

We’ve learned that American journalism is a clumsy and broadly inaccurate tool for telling the story of Mr. Trump.

So tonight’s debate will be an exercise in “viewer beware,” both when it comes to the Republican nominee and his factual accuracy, and the framing of him by our media culture.

55 Comments on “When you watch tonight’s debate, remember this”